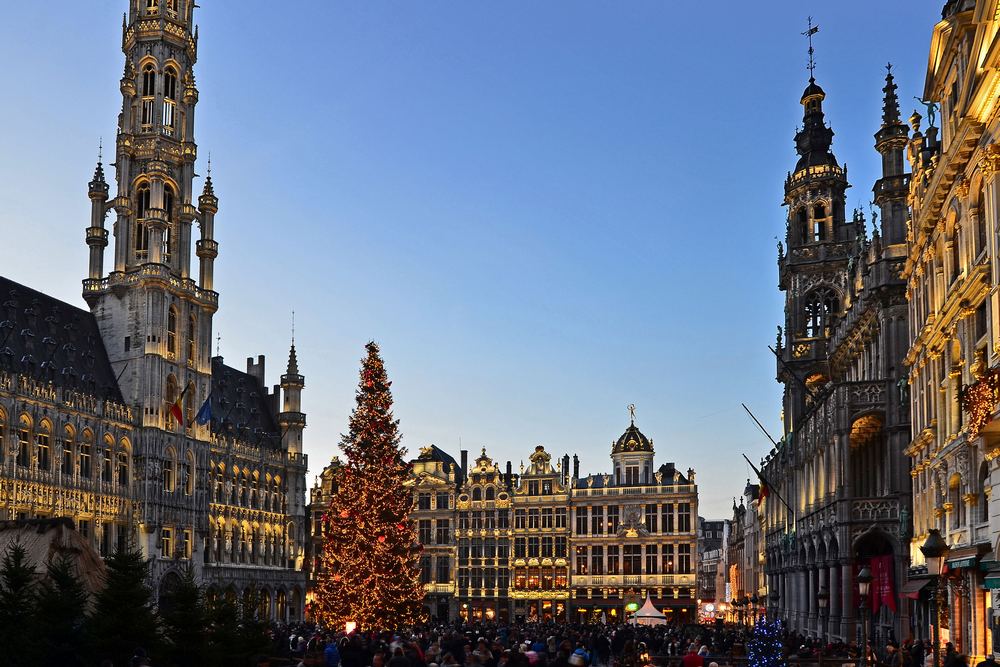 The iconic "Grand Place" (literally "Big Square") in the centre of Brussels, built mainly between 1696 and 1704. Its beautiful façades are a mixture of baroque and Renaissance architecture. During Christmas evening, there's a light festival at dusk, as well as christmas markets.

For a whole range of indicators, Belgium comes out on top in a combination of eight international comparisons. It can and should be done better, without muddling.

In recent days, various government parties have come out with pleas for structural reforms. The timing is suspicious to say the least. Just after the debacle with the budget and a disastrous poll for some government parties (and in the run-up to a long election campaign), it is very easy to make promises about real reforms now. In addition, it seems unlikely that the PS will want to cooperate. But still, if there is even an ounce of seriousness behind those promises, better late than never. After all, Belgium must be able to do much better than it is doing today.

It makes little sense to evaluate a country on the basis of one indicator. To get a good picture, it is better to look at international comparisons that take into account a number of indicators. From such analyses, Belgium rarely emerges as a top country. In a combination of eight international rankings for economy/competitiveness, innovation/digitalisation, well-being/happiness and Environment/Climate, Belgium is only in twentieth place. Our country is clearly doing worse than our neighbours and lags far behind the top countries, such as the Scandinavian countries, Switzerland and the Netherlands.

If we supplement that comparison with indications about the financial situation, Belgium is even worse off. According to the IMF, we will soon face the second largest budget deficit of all classic industrialized countries, after the USA. And according to the OECD, we can expect potential growth of just 0.8 percent, one of the lowest growth rates in industrialized countries and too low to sustain our welfare state.

The combination of these international comparisons and the challenges facing us leads to a clear conclusion: it must and can be better for Belgium. Muddling forward with a narrow focus on day-to-day crisis management (and the next elections) undermines our future prosperity. The idea of ‘never waste a good crisis’ has been easily ignored in recent years. On balance, ‘reform’ was even earlier in the wrong direction, with, among other things, structurally weaker public finances and a heavier ageing bill.

The way to secure and strengthen this future prosperity is through structural reforms of the labour market, taxation, regulation and Pensions… Our policy makers do not have to look for spectacularly original proposals, they can simply take an example of best practices in Scandinavia, Switzerland and the Netherlands. What can be done here, can be done there.