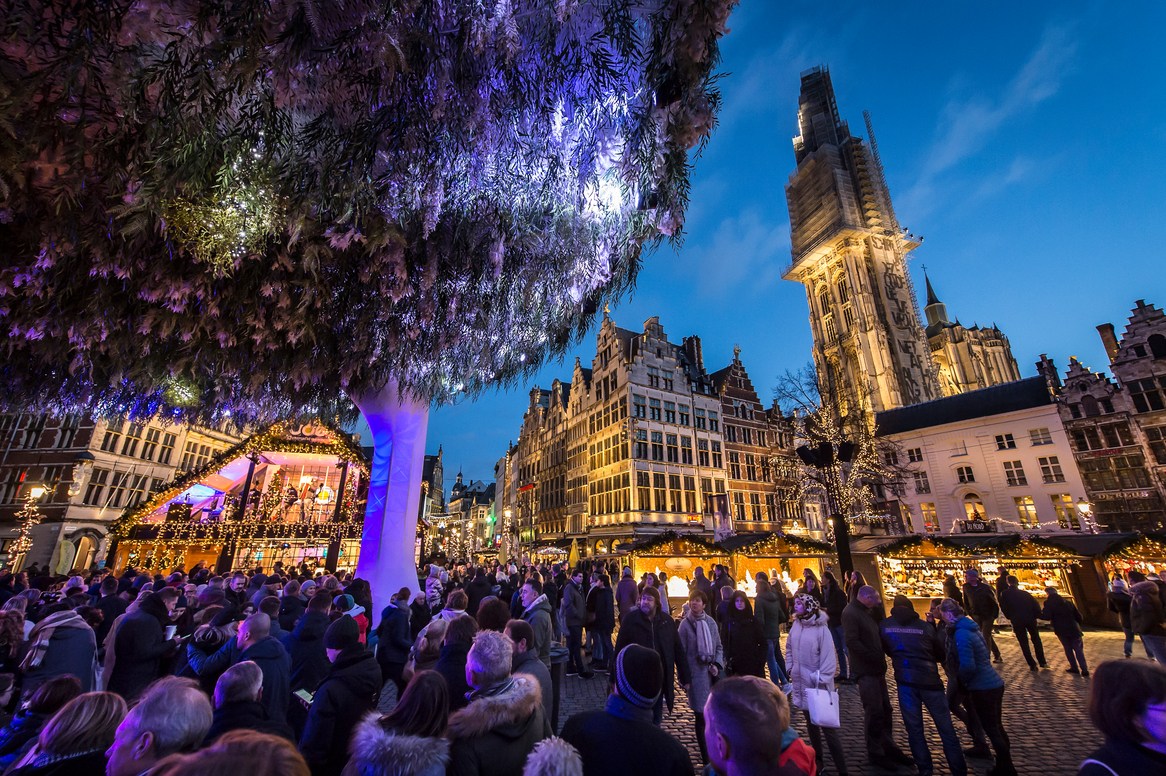 The city of Antwerp has joined other cities including Leuven and Ghent by announcing it is cancelling this year’s Christmas market, the end-of-year fireworks and the New Year reception party.

Although the city festival “Winter van Antwerpen” will go on, it will take place in a slimmed-down version, as some of the main events will be scrapped from this year’s programme, the city’s crisis unit decided following the announcement of the new measures that came into force on Saturday.

“This is not an easy decision, but the supra-local measures and the rising curve, unfortunately, leave us little choice,” Mayor Bart De Wever said in a press release. “Moreover, we also noticed among exhibitors that there was less and less enthusiasm.”

De Wever said that the current legal framework, which states that large outdoor events can take place with a maximum of 100 people, or more if the Covid Safe Ticket (CTS) system is applied, made the practical and safe organisation of the Christmas market) impossible, as it is spread over several locations.

“The same applies to the New Year’s fireworks and the traditional New Year’s reception. However, there remain numerous events that we can safely organise to warm up this Christmas and end-of-year period,” De Wever added, referring to the skating rink and adjoined bar, the Ferris wheel, and the nativity scene, among others.

The city will also be imposing additional safety measures on its shopping street, De Meir, as large crowds are expected for the Christmas shopping season.

“Shoppers will be reminded by dynamic signs during shopping hours and by stewards on peak days to respect the distance rule and to wear a face mask when it is busy,” a press release stated.

Some cancellations, Brussels still on

Earlier this month, Leuven announced it would be cancelling its Christmas market, expected to take place between 8 and 19 December, citing the worsening coronavirus situation.

Following the previous Consultative Committee and the introduction of the measures that came into force last Saturday, the city of Ghent also officially cancelled its Christmas and New Year’s holiday events, as well as the arrival of Sinterklaas, in the face of rising coronavirus figures.

Meanwhile, the winter festivities in Brussels, which started on Friday evening, are set to continue, as under the current legal framework, more than 100 people can attend an outdoor event if the Covid Safe Ticket system is in place.

The city has implemented a bracelet system showing that visitors have a valid Covid Safe Ticket across the entire Winter Wonders route. Visitors will have to show this to gain access to the food, beverage and souvenir stands.