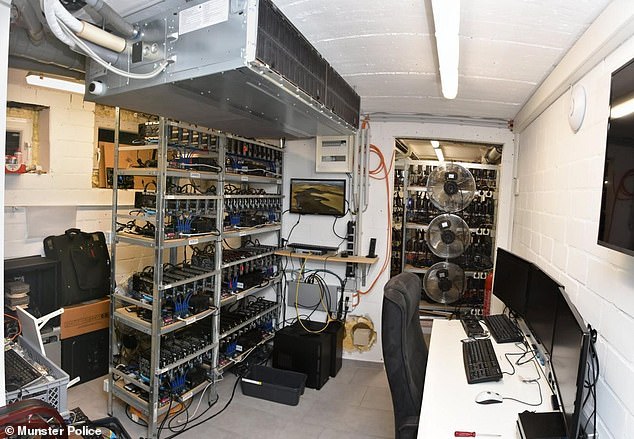 In the investigation into a national child abuse case in Germany, new suspects and victims have been identified. The Minister of the Interior of the State of North Rhine-Westphalia announced this this afternoon. The main suspect is a 27-year-old IT specialist from Münster. A municipal official who had private contact with him was immediately sent on vacation.

Primary suspect Adrian V. is in custody with six fellow suspects. These are his mother Carina, who works as a nursery teacher, and five men from Staufenberg (Lower Saxony), Hanover (Lower Saxony), Schorfheide (Brandenburg), Kassel (Hesse) and Cologne (North Rhine-Westphalia) were arrested.

Eleven new suspects are now in the picture. The police tracked them down thanks to the prime suspect’s laptop. It is full of encrypted messages. Investigators did not manage to crack them, but did manage to change one of the 27-year-old Adrian V.’s passwords and gained access to the data, according to State Minister Herbert Reul (CDU).

Initially, three victims of sexual abuse were identified: boys aged 5, 10 and 12. Three other children have been added, according to Reul. He did not mention ages or whether they are related to the suspects. The 10-year-old is Adrian V’s stepson. He is said to have offered the boy to at least four grown-up men who raped the child for hours in V.’s mother’s summer cottage at an allotment complex in Münster. The 5-year-old is said to be the son of another suspect. The abuse images were sold on the Darknet.

Following the abuse case, the city council of Münster sent the chief of the economic investigation department on leave with immediate effect on Monday evening. This is because, according to the WDR, he has too close private contact with the main suspect. Adrian V. often visited him privately, but there would be no link to the abuse case.

According to North Rhine-Westphalia’s public broadcaster, head of department Thomas Robbers (56) made the holiday apartment that his wife and he have on the Belgian coast available to V. and his mother free of charge. They stayed there several times with the 10-year-old stepson. In return, the IT specialist in the apartment would have installed some surveillance technology.

Robbers says he knew nothing about the sexual abuse and never saw the 10-year-old victim. “Otherwise we would never have offered the apartment,” he said to the WDR. After reporting the abuse case of his own accord, he reported to the Public Prosecution Service and offered to help.

The fact that the municipal official was nevertheless sent on holiday, according to the WDR, is because he only informed the city council about his contact with the 27-year-old suspect three days after the news, and that also in a conversation with the mayor. He would have asked him six questions about the contacts with V. to which he would not have answered. He also would not have followed the recommendation of the mayor to communicate everything “open and offensive” to the outside world. Robbers would have only verbally stated that the IT specialist stayed in the apartment in Belgium four times.

The Interior Committee of the state parliament discussed the abuse case extensively today, especially why the investigation took so long. In May 2019, the police already conducted a search of the main suspect, but he was only arrested in early May 2020. According to Minister Reul, there were no indications of child abuse for a long time. While Adrian V.’s laptop, smartphone and tablet were seized during the search, but that did not work because the evidence was encrypted.

The State Minister of the Interior also cited the police’s working method as the reason for bringing the case to trial. Because of the many abuse investigations, priorities must be set, he says. “The police officers involved must ask themselves: which case do I handle first and which case later? The decision is always about protecting the children, how to reduce their suffering, “said Herbert Reul. According to him, this means that possible abuse cases take precedence over child pornography cases.

According to the North Rhine-Westphalia detective, the smartphone and tablet were already “decrypted” in November and the investigators found about 500 images of sexual abuse. They sent it to the Public Prosecution Service in Münster on 25 November. “There was talk of a possible withdrawal of the suspect’s probation period,” said the Münstersche Zeitung Dieter Schürmann. Adrian V. had already been twice sentenced to probation with the possession and distribution of child pornography.