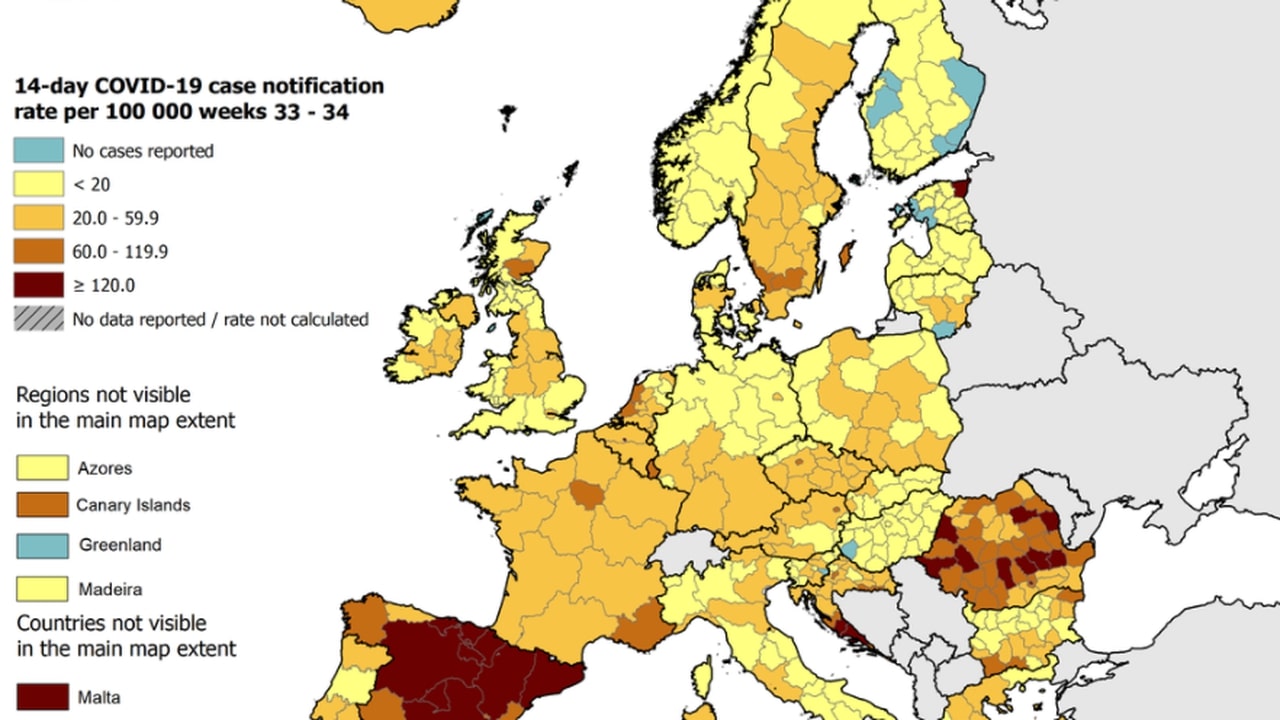 Belgium colours a lighter shade of brown on the European coronavirus map produced by the European Centre for Disease Prevention and Control.  Earlier Belgium appeared in medium brown reflecting higher rates of coronavirus.

During the ECDC’s last two week observation period cases of coronavirus in Belgium fell under the 60 per 100,000 head of population threshold and that triggered the change in colour.

It was at the end of July that Belgium first coloured light brown when cases of coronavirus increased once again.  On 6 August Flanders turned medium brown – reflecting levels of coronavirus between 60 and 120 per 100,000 head of population – later to be followed by the whole country.  The situation in Belgium has now reverted to the state it was in at the end of June.

The situation in Belgium is mirrored by large parts of the Netherlands, France and southern Germany. The map identifies areas of Spain, Malta, Romania and Croatia as the worst affected in Europe.