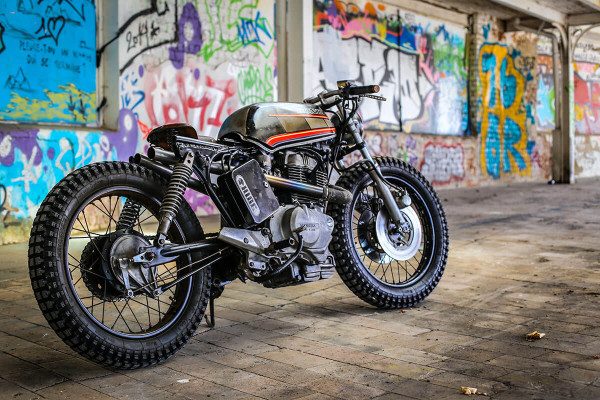 Just like the Dutch motor market, the Belgian motor market also has a smaller month in April. In the past month, 18.7% fewer motorcycles were sold than in April 2021. In total, the counter stuck at 2623 motorcycles sold, while there were still 3228 last April. Due to these disappointing results, total sales have also been more than 5% less than last year. In 2021, 9546 motorcycles were sold in the first four months, in the past four months the counter remained stuck at 8993 sales.

The Febiac does not give a specific reason for the motorcycle market, but it does give a cause for the disappointing results across the entire mobility market. First, there is still a shortage of semiconductors for all manufacturers. In addition, there is the war in Ukraine, which also has the effect of stoking the supply of parts. Furthermore, the Febiac indicates that there were also fewer working days last aril than in April 2021.

If we look specifically at the sales per brand, we see that almost the entire top-10 shows negative figures. Only Ducati (9th) and Kymco (10th), show an increase in sales. In contrast to the Dutch motorcycle market, BMW still manages to maintain a top-3 position in Belgium. With 285 motorcycles sold, the German brand therefore takes third place. In contrast to April last year, however, the number of sales fell by more than 40%. Yamaha is narrowly in second position above BMW with 294 sales. However, with a drop of more than 21%, the Japanese are also losing a good share of sales compared to April 2021. In the first position is Honda, with 365 sales, they firmly hold the largest market share. Nevertheless, Honda also delivers more than 18% compared to last year.

As previously indicated, the entire Belgian motorcycle market will lose more than 5% in sales in the first four months compared to 2021. A trend that seems to have started from February. With a market share of over 16%, Honda has the largest market share. In total, they have sold 1443 motorcycles so far, which is almost a quarter more than in 2021. Then the counter stuck at 1165 for the first four months.

BMW follows at a considerable distance and records the second position with 1221 sales. This represents a market share of over 13%. Still, these are more than a quarter fewer motorcycles than in the first months of 2021, when BMW managed to sell another 1654 motorcycles.

The top-3 is completed by Yamaha, with 970 motorcycles and a market share of just under 11%. Despite the big difference from number two BMW, Yamaha sees sales increase by almost a quarter! Last year, after four months, the counter stuck at 777 units.