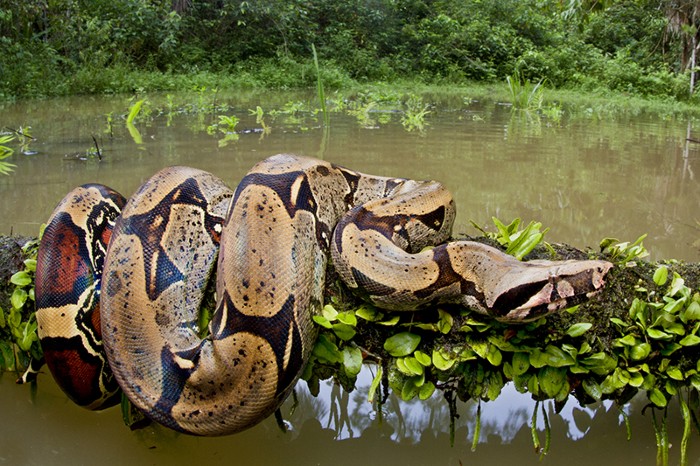 They are generally harmless to humans, but still you do not want to have such a three-meter strangle snake near your child. In Belgium, boa constrictors have been seen in several places in a month.

Thierry Noul from the horticultural service in the municipality of Ath mowed the grass along the side of the road with his tractor. Suddenly he saw something in the roadside that didn’t belong there.

“I was mowing and saw a snake. What a beautiful beast, I thought. I braked, but it was too late.”

Noul bumped his trigger over the snake. “The beast went through the machine and that caused a hell of a fuss. The snake came out on the other side, unfortunately, completely crushed.”

Ten kilometers from the village of Ath, hikers also saw a meter-long boa constrictor a few days later. That was in the woods near Frasnes-lez-Anvaing.

Mayor Corine de Saint Martin did not panic: “I call on everyone to be alert in nature. But this snake, fortunately, is not poisonous.”

A boa constrictor is the most famous strangling snake in the world. They live in Central and South America. With us, they are found only in zoos. The predator is harmless to humans. It mainly eats rodents, birds and lizards. A boa constrictor can reach three meters in length. Therefore, the beast falls into the category of giant snakes.