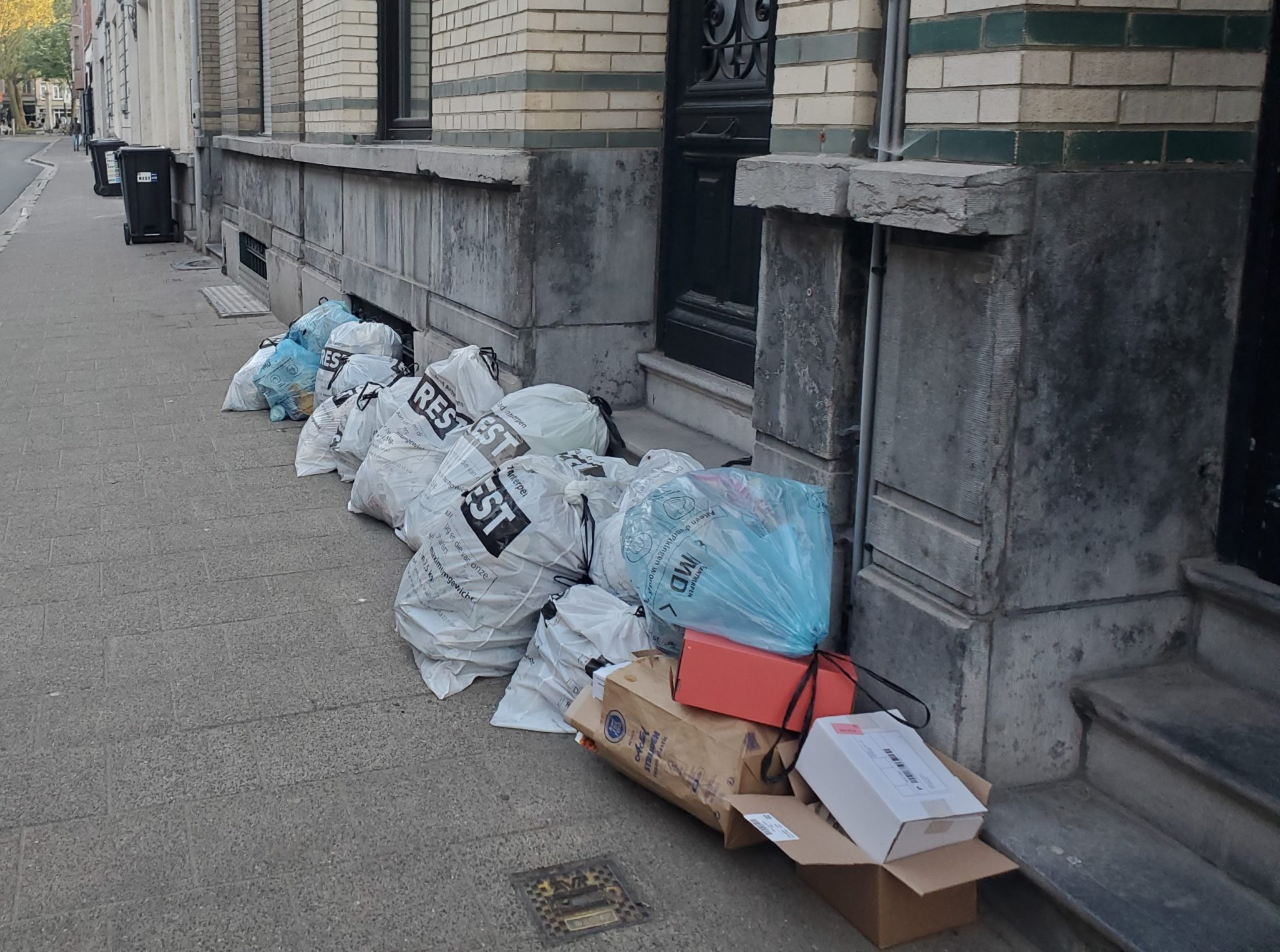 Rubbish waiting to be collected in Brussels. Credit: Helen Lyons/ The Brussels Times

The Brussels-Capital Region has become the first Belgian city to commit to becoming a zero-waste region, promising among others to reduce waste by 20% per capita by 2030.

“Climate ambitions are being raised at the European level and having just returned from COP26, I am even more convinced of the importance of drastically reducing the impact of our consumption,” Brussels Climate Change and Environment Minister, Alain Maron, said in a press release.

“We are working on changing behaviour at source, with our citizens, with our administrations, but also with our companies.”

As part of Brussels’ zero waste strategy, it will commit to reducing waste by 20% per capita by 2030. In the short term, a separate bin for bio-waste will be mandatory for households and enterprises by 2022, which follows the recent implementation of a policy to extend the types of plastic possible for collection and recycling.

In 2019, around 430 kg of waste was collected per person living in Belgium. A total of 4,779,342 tonnes of waste was collected across the country, of which just 34% was recycled. 43% was incinerated, 21% composted, and 2% put into landfills – which is highly polluting and produces methane and toxic sludge that is harmful to the immediate environment.

Brussels has been actively promoting its zero waste strategy through numerous actions are supported by Brussels Environment, including the call for zero waste projects for shops and catering establishments which offers them personalised assistance and financial support.

The signing of the charter coincided with the European Week for Waste Reduction and will see Brussels join a network of 445 cities and municipalities across the continent that have vowed to cut waste.

“By joining our programme, Brussels becomes the first capital city in Northern Europe, the first in Belgium and the largest city within our programme to commit to being zero waste,” Joan-Marc Simon, Executive Director at Zero Waste Europe, said.