Brussels roads will be taken over by tractors in December 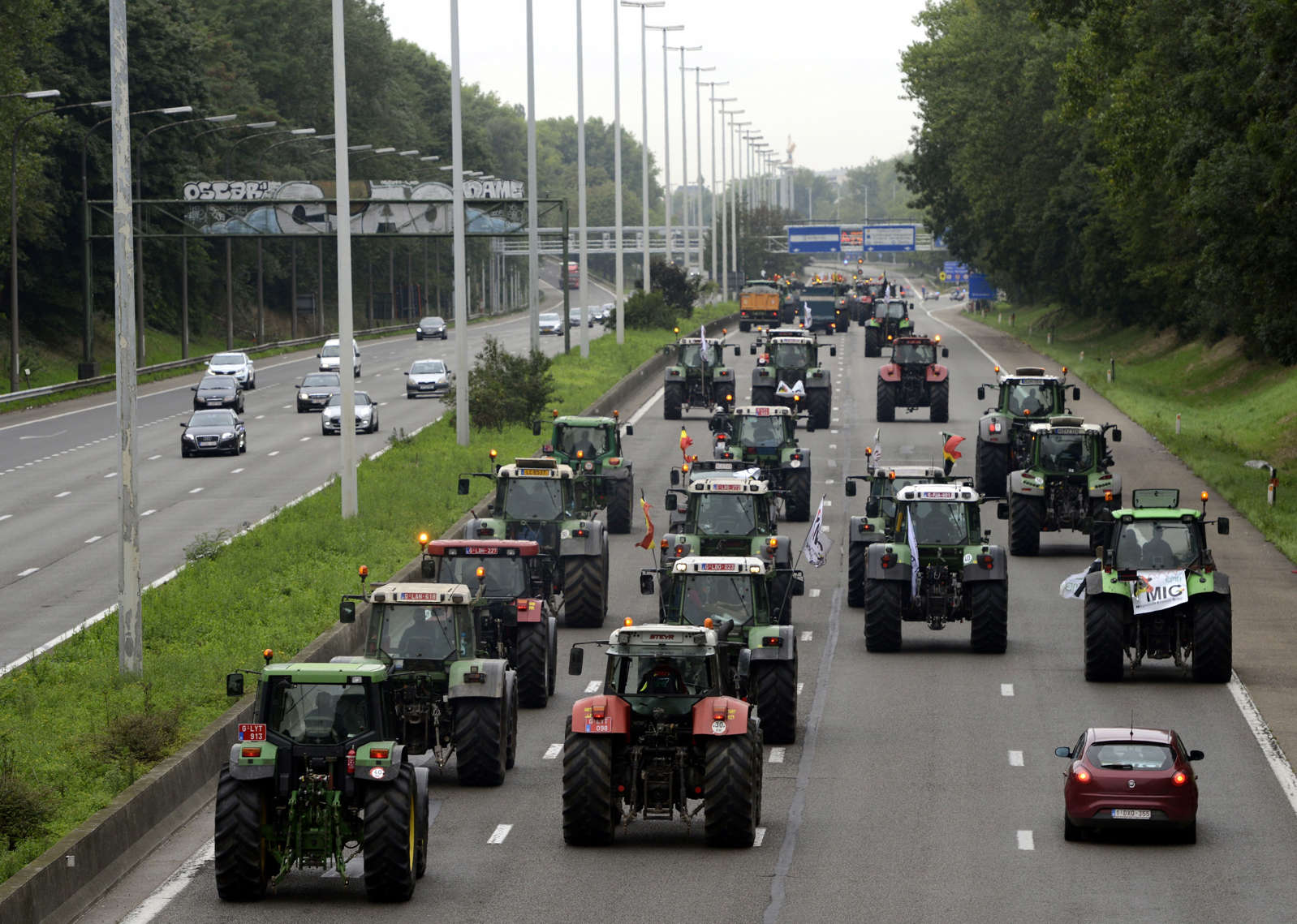 Brussels roads will be taken over by tractors in December

Thousands of tractors led by farmers from various European Union Member States will be heading to Brussels in December to protest against new EU measures.

Traffic in Belgium’s capital will soon be slowed or even brought to a halt, but not for the usual reasons. As EU agricultural ministers meet on Monday 13 December, thousands of tractors will take over the streets as part of a large-scale and cross-country demonstration.

“At the same time as the EU Agriculture Council, farmers will stand in the European quarter with their tractors to demand a climate policy with fair conditions,” a press release from Dutch agricultural organisation Farmers Defence Force (FDF) stated.

Farmers from neighbouring countries including the Netherlands, France and Germany are planning to come to Brussels, where a protest will be held at 11:00 AM on Place du Luxembourg, in front of the European Parliament, and will remain in the city until 14 December.

The sector is protesting various elements of the EU Green Deal that, according to the FDF, put pressure on the agriculture sector.

“EU citizens depend on our farmers for their food. Especially during the pandemic, we have seen that we, as food producers, fulfil this task in a very reliable and responsible way. Nevertheless, farmers are under increasing pressure.”

Globally, the agricultural sector accounts for about one-fifth of total greenhouse gas emissions – more than all cars, planes, and trains combined. As well as contributing to CO2 emissions, the farming industry accounts for a large part of the even more harmful methane (released by livestock) and nitrous oxide (from fertilisers and manure management).

As a result, agriculture is high on the list of sectors targeted by the European Green Deal, which aims for climate-neutrality in the EU by 2050.

The EU argues that the measures set out in its common agricultural policy (CAP), which was given the green light by the European Parliament on Tuesday, and aims to support the sector in contributing more to the goals of the European Green Deal, will “promote sustainable agricultural systems in the EU” while allowing farmers a stable income whilst also protecting the environment.

However, the FDF argued that the current agricultural system is “already incapable of providing yields that are guaranteed to cover production costs,” adding that the new measures will only increase costs.

Left out of the decision-making process

The FDF lamented that the agriculture sector is not included in talks which will heavily impact farmers.

“Decisions are made over our heads, even though these strategies will only be truly successful if they are developed in close cooperation with farmers, who are the main stakeholders in the food production chain. This is the only way to make climate strategies truly effective and affordable.”

Among the demands from the European farmers is a promise that there will be no decline in the number of farms, that the economic and social situation on farms be taken into account when decisions are made, and that the EU helps cover costs to improve the industry’s sustainability.

Greenpeace EU agreed that the CAP reform failed to deliver a farming system that works for farmers, nature and the climate, and instead only serves the largest and most polluting businesses, leaving small farmers out in the cold.

“It’s time for the EU to take a holistic approach to food and farming and bring forward a common food policy that ensures healthy and affordable food, fair prices for all farmers and environmental protection that we can all rely on,” Greenpeace EU agriculture policy director Marco Contiero said in a statement on Tuesday.