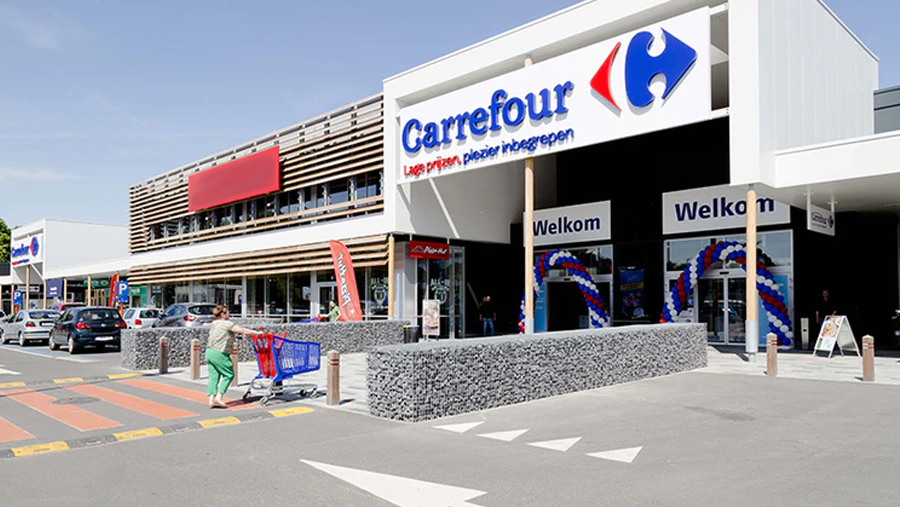 Carrefour experienced a solid first half of the year and is gaining market share in core markets. However, Belgium is the ugly duckling: sales fall and the supermarket group loses on its investments.

Belgium is clearly not one of them, because it casts a dark shadow on the otherwise solid quarterly results. In the second quarter, sales fell by 4.8%, after already falling by 7% in the first quarter. The quarterly turnover was 1.1 billion euros.

In recent months, Carrefour has had to deal with strikes in the fresh warehouse of a logistics partner in Nivelles, Belgium, but has also been struggling for some time with the sharp competition among supermarkets. It is striking that the ROI (return on investment) in Europe also fell by 63 million euros to 163 million euros, due to the Belgian activities. After all, elsewhere the return was stable, says Carrefour himself.

At Group level, recurring operating income rose by 10% to EUR 814 million in the first half of the year, with a stable margin of 2.1%. Without exchange rate effects, however, only 1.6% of that growth remained. Carrefour says it has been able to save more costs than expected and now wants to save a billion over the year. E-commerce is also accelerating: in the second quarter, online volume increased by 22%, compared to 10% in the first quarter.

In November, CEO Alexandre Bompard will outline a new strategic plan. He will announce goals for the next four years, until 2026.