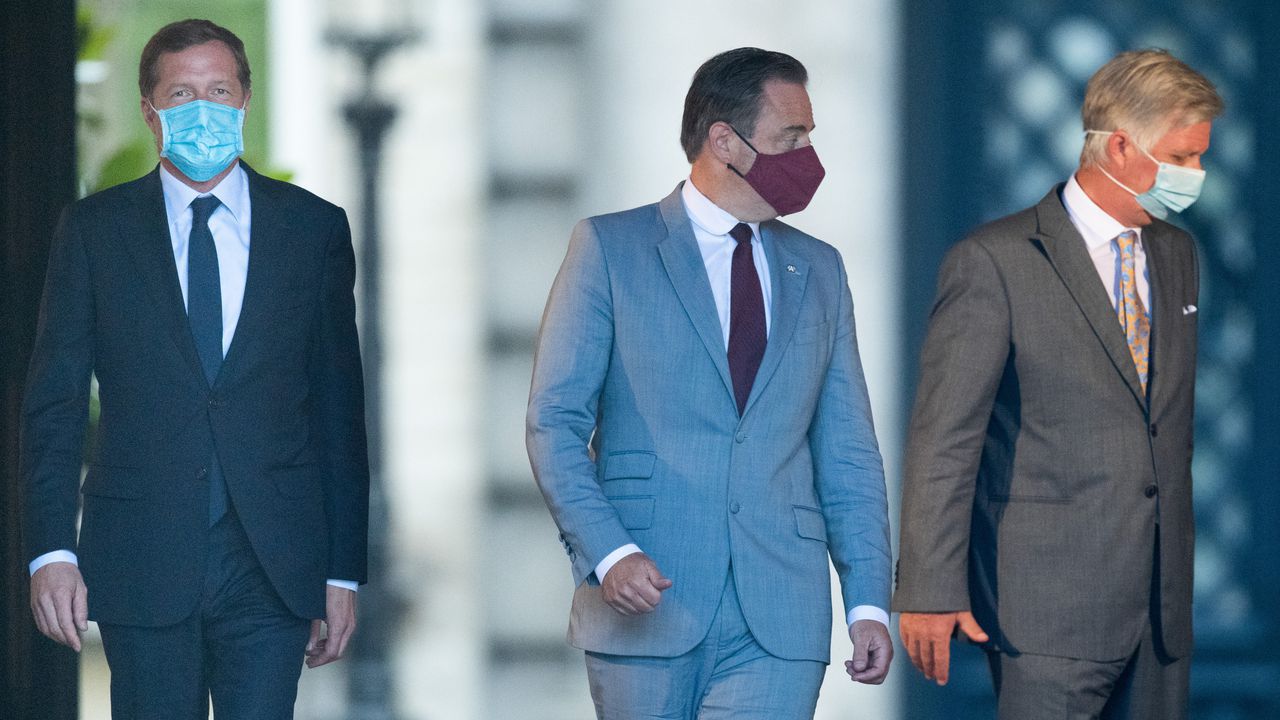 King Philippe has started a new round of consulting party chairmen. This morning preformers Bart De Wever (N-VA) and Paul Magnette (PS) had asked the head of state to be relieved of their formation assignment, but the king reserves his answer. In a video message on social media, De Wever says he regrets that the courage is still lacking to stop the carousels of the formation rounds. Magnette believes that there is another solution “if everyone is constructive”. CD&V chairman Joachim Coens thinks that Magnette and De Wever should try anyway.

“His Majesty the King has received Messrs Bart De Wever and Paul Magnette in audience at the Palace in Brussels”, the Palace press release reads. “The preformers have issued their final report and they have resigned to the King. The King is reserving his decision and is entering into consultations with the chairpersons of the parties involved in the political discussions after the elections.”

King Philippe started new consultations this afternoon. First, CD&V chairman Joachim Coens came by. Then it was the turn of SP.A chairman Conner Rousseau, who – before he went in – said he hoped that the work of the preformateurs was not in vain. Last afternoon, it was CDH chairman Maxime Prévot’s turn, on the phone, because Prévot is staying abroad. Tomorrow it will be the turn of the chairs of the green parties (Groen and Ecolo), of the liberal parties (Open VLD and the MR) and DéFI.
De Wever: “Regret that there is no courage to stop the formation carousel”

In a video message this afternoon, Bart De Wever says he regrets the course of events. “Given the challenges we have to face and the major problems that are rapidly coming our way, I deeply regret that the courage is still lacking to finally stop the carousel of the formation laps,” said the N-VA chairman.

Exhorting language, but De Wever does not mention names. “I know making an agreement is much more difficult than torpedoing a solution or calling on the sidelines.” De Wever says he is convinced that a strong coalition agreement could be concluded.