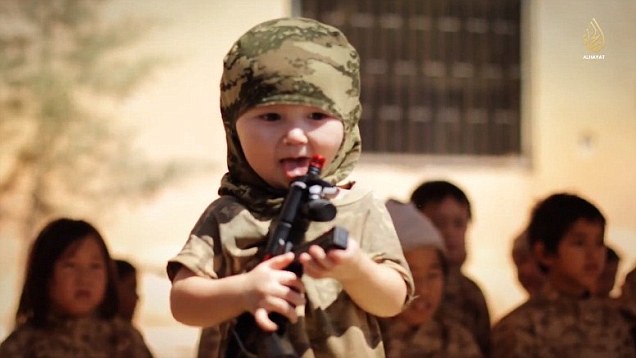 According to the Belgian prime minister, the security situation in the camps where the children are staying is ‘so bad’ that they should be brought back to Belgium.

Belgium will “do everything” to bring back ‘Belgian’ children of IS fighters from Syrian refugee camps. That is what the Belgian Prime Minister Alexander De Croo said in Parliament on Thursday. “If you leave children there, those children will be the terrorists of tomorrow,” De Croo said.

According to the prime minister, the security situation in the camps is so bad that the children should be brought back to Belgium. It would involve 27 children up to 12 years of age living in two refugee camps in Syria. Whether the mothers of the children concerned, some thirteen women, may also come back is considered “on a case-by-case basis”. Nine of the mothers have been convicted in absentia for participating in terrorist activities in Belgium, the remaining four have been issued with an arrest warrant. They would therefore all be arrested immediately upon returning to Belgium.

What the Belgian government will actively do to bring the children back is not clear. In December 2019, the Belgian state was obliged by the court to recover ten children of Flemish Syrian fighters, under penalty of a penalty of 5,000 euros per day per child. This judgment was rejected on appeal in October 2020, because it could not be demonstrated that the children have Belgian nationality.

The Belgian Security Council, which determines the policy of the Belgian intelligence and security services, ruled in 2017 that children up to ten years old may return from IS territory, provided they are of Belgian nationality. Since that decision, a total of about thirty Belgian children of ISIS fighters have returned to Belgium.

In October, a Dutch judge ruled that it is too unsafe for civil servants to travel to the refugee camp Al-Hol to bring back Dutch citizens. According to the Supreme Court, the Netherlands is not obliged to repatriate a group of 23 women and 56 children from Syria, something that was demanded in a lawsuit.