Foreigners must present a negative COVID-19 test at the border 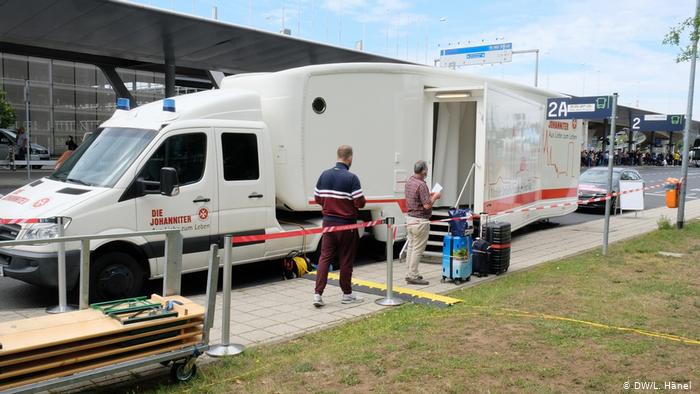 Foreigners must present a negative COVID-19 test at the border

Foreigners will have to show a negative result of a COVID test as from 25 December if they want to come to Belgium for more than 48 hours. The test must not be no more than two days old. There will be border checks, the Belgian authorities decided on Friday.

Belgium fears a large influx of Dutch people who want to shop. They may move out now that most shops in the Netherlands have had to close down.

“Travel is stupid,” said Health Minister Frank Vandenbroucke after the cris meeting of the six ministries of Belgium. Belgium wants to limit border traffic so as not to exclude the red carpet for the virus, which is also gaining strength in Belgium in recent days.

Belgians returning from an area marked as red because of the risk of infection with the coronavirus, the Netherlands and almost all of Europe, for example, will in principle be quarantined for seven days. Only someone who camped in total isolation could escape that.
Border checks and at airports and stations

At the border and at airports and stations, the police are going to check that passengers have completed the mandatory form showing the risk of catching or passing on the virus, says Prime Minister Alexander De Croo. The ski slopes in the Ardennes must remain closed and skis and other winter sports equipment must not be rented.

”This could be the beginning of a third wave, but we can still avoid it, ” said De Croo. There is therefore no question of relaxing measures, which until recently were speculated and which were eagerly awaited at Christmas. But there is no need for any more intervention, provided that the Belgians behave better again and, above all, go to the office less often.

The Christmas holiday for children is therefore not extended, as in the Netherlands. The curfew will not continue until midnight in Flanders, even though experts had recommended that it be brought forward, and that is already the case in Brussels and Wallonia. And the stores stay open.