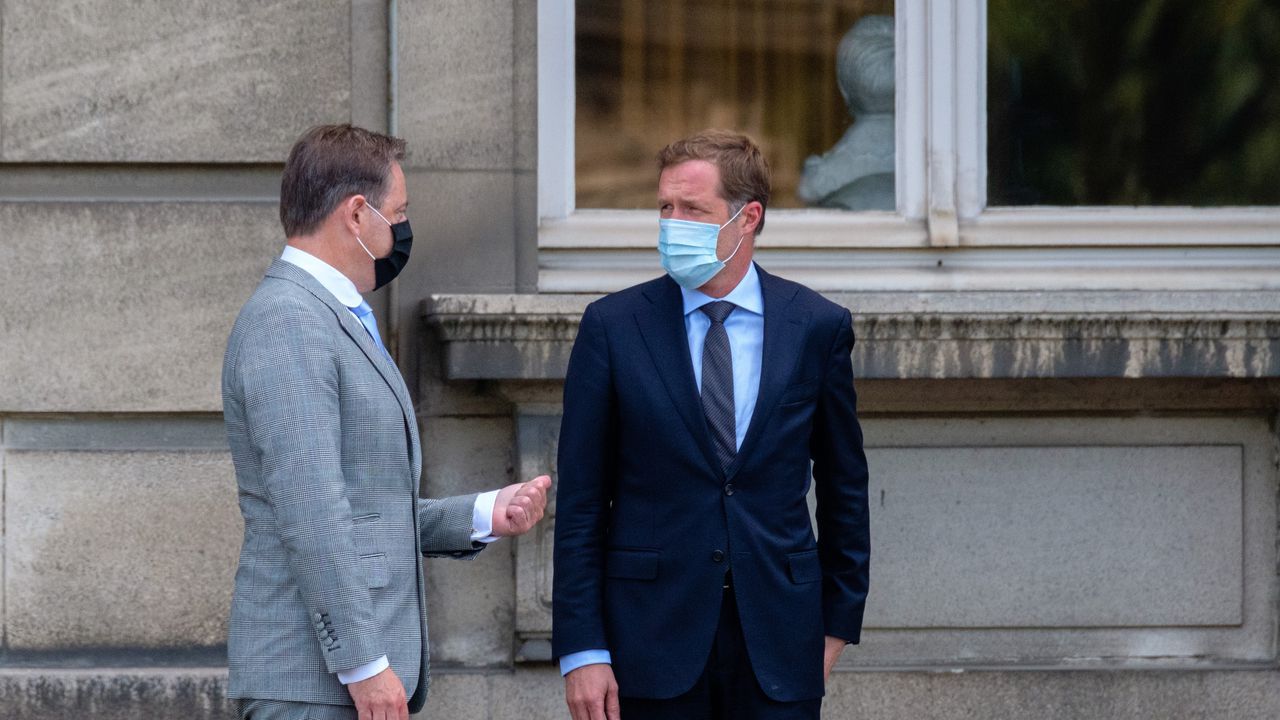 In a remarkable joint press release, the green and liberal parties in our country ask preformers Bart De Wever (N-VA) and Paul Magnette (PS) to clarify the coalition they prefer. “The liberal and green families refuse to participate in an auction, in which they are played off against each other.” They also jointly express their concerns about the community plans of De Wever and Magnette.

It is not often the case that parties together send out a press release, especially if they are not themselves at the helm of the negotiations. The green and blue parties apparently saw the need for this, because they have the feeling that Bart De Wever (N-VA) and Paul Magnette (PS), royal commissioners who call themselves preformateurs, are trying to play them off against each other.

That is why they ask the preformers to “clarify the coalition they prefer and to work on stable and solid solutions”. In this way it is important to avoid losing even more time.

The liberal and green parties say they are fully committed to the search for a full government with a parliamentary majority, but firmly say that they “refuse to participate in an auction, in which they are played off against each other to determine who will join the future government can join ”.

Also striking: Liberals and Greens express their “common concern” about the institutional plans of the preformers. The joint message is striking, the content less so. It has been known for some time that both formations are not eager for a new state reform, certainly not if the country is divided even more.

“Their approach leads to an even more complex structure and institutions. That model is not ours. Ecolo and Groen, MR and Open VLD are of course willing to contribute to a Belgium that works more efficiently, at the service of our residents and their daily concerns. However, such reforms require thorough preparation and sufficient consultation. ”

“Certain powers can be regionalized,” the Greens and Liberals write, “but others have just been re-federalized to increase efficiency.” “Institutional reform is always a means for us, never an end in itself.”
“No harbinger purple-green”

However, the joint press release does not mean that the Greens and Liberals are tied together. “This is no harbinger for Vivaldi”, says Open VLD chairman Egbert Lachaert to VRT NWS (Vilvaldi is the name given to a possible coalition of purple-green supplemented with CD&V and / or CDH). “We are still in favor of purple-yellow.”

The press release rather reads as an expression of frustration about the working methods of the preformers. “The Greens fear that the preformers will talk to them to make the liberals more lenient. They don’t want to go on like this for weeks. The liberals only want to negotiate on the merits with the preformers when they know that they have chosen them”, says Wetstraat journalist Johny Vansevenant.

Lachaert therefore emphasizes that it is “1 to 12”. The preformers now have to choose, he says, “whether with the Greens or with us”. He does point out that the liberal parties on both sides of the language border – Open VLD and MR – have grown closer together due to the attempts of the preformers to pry open Open VLD and therefore want to join a government together.

The liberal parties have also been invited by the preformers tomorrow. They will convey to them the same message as in today’s joint press release: Now is the time to choose.