How did a French extremist end up in the first row of the Golden Spurs celebration in Kortrijk? 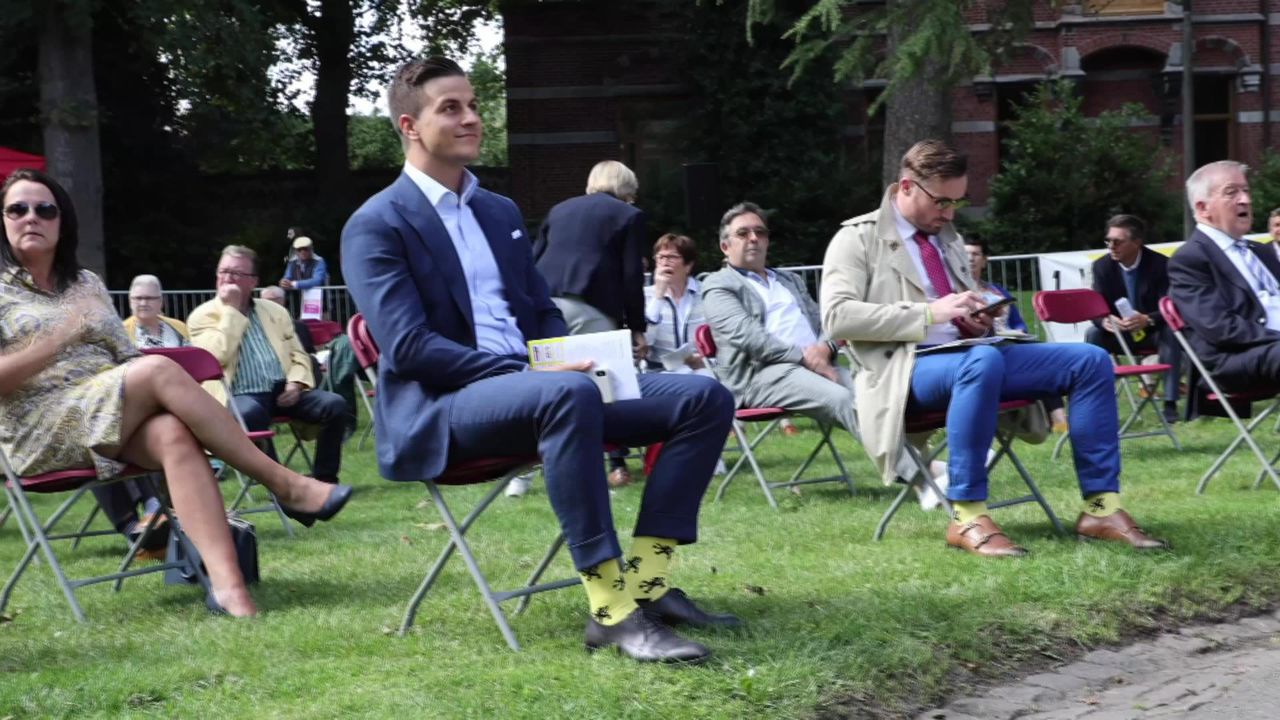 How did a French extremist end up in the first row of the Golden Spurs celebration in Kortrijk?

This weekend there was a buzz on social media about a photo taken during the Golden Spurs celebration in Kortrijk on July 10, the eve of the Flemish holiday. In this photo, Aurélien Verhassel, the leader of the French Génération Identitaire, convicted for violence, is in the front row together with Flemish Prime Minister Jan Jambon, the Kortrijk mayor Vincent Van Quickenborne and federal MP Dries. Van Langenhove.

“We didn’t invite that man, nor offered him a prominent place. We don’t even know him,” said Jorgen Deman, chairman of the Golden Spurs Committee that organized the celebration. “All participants had to register in advance via an online form that was accessible to everyone.”

That seems to be correct. On the website of the Flemish People’s Movement we found an announcement for the event stating that interested parties must register via a website of the city of Kortrijk. “200 seats will be ready, at an appropriate distance from each other. 200 people is also the maximum number of people present”, it says.

In Knack, Jambon, through his spokesman, denies that he has anything to do with Verhassel: “We don’t know that person. It was a coincidence.”

Aurélien Verhassel is a leader and in his own words also co-founder of the extreme right-wing movement Génération Identitaire (GI), which has existed since 2012. He is also the operator of the Lille café La Citadelle, where according to Verhassel himself only the “white race” is welcome . Verhassel was convicted several times for violence and once for possession of explosives. His latest conviction dates from 2018 for a violent attack on two North African youth.

Moreover, he is not the only GI person with that profile. Three members of the group have already been prosecuted for assault. An undercover report by Al Jazeera also revealed that members of GI, including the same Aurélien Verhassel, are not afraid of racist statements, intimidation and violence.

Organizer Jorgen Deman suspects that Verhassel came along at the invitation of Dries Van Langenhove, and so also sat down at the front. Like all other members of parliament, Van Langenhove was indeed invited to the celebration by the city of Kortrijk. Although VRT NWS was able to speak to him by phone yesterday, Van Langenhove chose not to respond to the question whether Deman’s suspicion is correct.