How much the "heroes of care" earn? And how they will feel the wage agreement of 1 billion euros in their pockets? 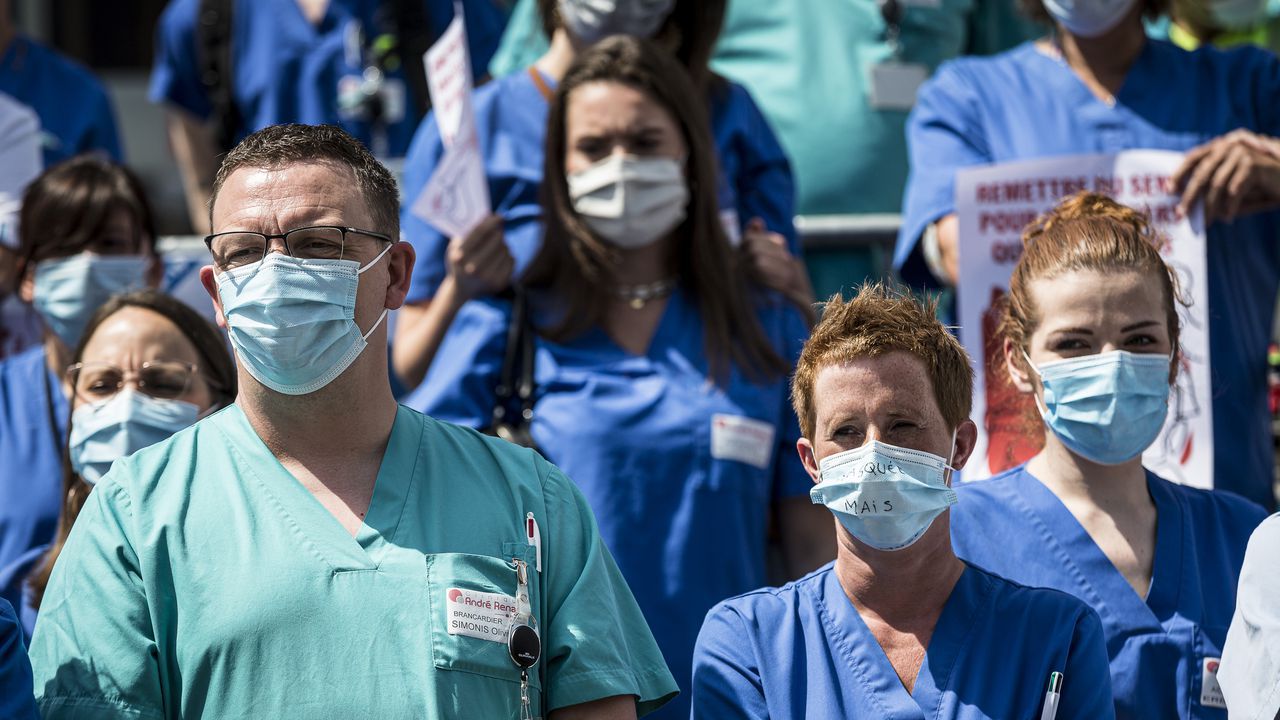 How much the “heroes of care” earn? And how they will feel the wage agreement of 1 billion euros in their pockets?

Last Tuesday, the federal government launched a hefty wage agreement for healthcare workers: half a billion euros will be invested in wage storage over the next two years, 100 million euros will go to better working conditions, and a fund of 400 million euros has previously been approved for additional personnel. We asked the “heroes of health care” what they themselves think of the “historical agreement” of 1 billion euros and explain what exactly changes. “Each his part, isn’t that fair?”

Ruhullah, nurse in Ghent: “This may allow us to travel every year”

Ruhullah has been working as a nurse at AZ Jan-Palfijn in Ghent for five years. Normally this is in the geriatric ward (the ward for the elderly), where he keeps track of the patients’ medication, but also washes and feeds them.

During the corona crisis, he was summoned there to assist in the corona department. “That was psychologically tough,” says Ruhullah, “for patients and staff alike. It didn’t even feel safe to hold my own children anymore. I am actually proud of myself that I kept it up, the support from the population was really a boost. ”

Ruhullah attended an HBO5 course. He never finished his medical studies in Afghanistan. As a result, after 3 years as a home nurse and 5 years as a hospital nurse, he now has a net monthly wage of just over 2,000 euros. “My wife works part-time and we have a loan for our car and our house. So there is not always much left at the end of the month. ”

The new social agreement could increase Ruhullah’s wages by 100 euros net per month. “That would make a difference,” he says. “We now have one car, so we might buy an electric bicycle. And now we can’t travel every year, maybe we can. ”

“Pay for work”: with that slogan, health care personnel already took to the streets in 1988 and 1989. “The first time was October 4, 1988,” remembers union man Jan-Piet Bauwens (ABVV). They screamed at the high workload and working conditions in marches, a movement that was dubbed “white rage” by the color of their work clothes.

This week, more than 30 years and a corona crisis later, a preliminary draft social agreement with the sector has finally been completed. Parliament will have to go over it again in September, but the union already speaks of a “historical” agreement, and even the far left PVDA responded “satisfied”. The baseline is as follows: EUR 500 million for higher wages, EUR 400 million for additional staff and EUR 100 million for better working conditions.

In itself, the positive reactions are not surprising, because the same unions and employers have worked out the division of the pot. It took 15 years, in a non-profit organization called IFIC, the “Institute for Job Classification”. As a kind of monks of the social dialogue, the unions and employers divided all health care staff paid by the government into 218 functions. New, usually higher, wages were linked to these positions.

Just about all hospital staff (medical, care and logistics, from general, university and psychiatric hospitals), all home nurses and neighborhood health centers are covered by this week’s agreement. Doctors often work with a kind of self-employed status, so they are excluded, just like the top managers within hospitals. And also – for the time being – Flemish employees such as staff from residential care centers, but more about that later.

For the sake of completeness, we have to say that these “new wages” are not that new either: they were already partly introduced in the previous social agreement (2018-2020), for 18.25 percent, to be precise. So this week’s agreement is primarily a social victory because the accelerator is pressed firmly: by 2022, the new pay scales will be fully rolled out, where they would normally only be fully built in about 10 years.
This is changing

To review wages, three principles were used, Veerle Van Roey, IFIC vice-president and representative of the umbrella organization Zorgnet-Icuro, explains: “In the beginning, employees get more. The rise is less during the career. Care tasks, such as washing and feeding people, are more valued. Administrative tasks are less valued in the new positions, and we have to admit that. ”

The end result should be that wages depend less on the diploma, and more on the tasks that healthcare personnel effectively perform. No one will lose out, because those who are worse off in the new system can choose to keep their current wages.

We make it concrete with some examples. The figures are scales, and may differ per concrete employer:

A nurse in a hospital with an HBO5 education (3 years) will earn gross 192 euros more per month than is currently the case in the first year of work. They land on a gross monthly wage of 2,513 euros. The longer they work, the less wages rise. For example, for someone who has been working for ten years, the wages will rise by EUR 202 gross per month and after EUR 25 by 83 euros.

The salary is slightly higher for a nurse with a bachelor’s degree (at least 4 years). In their first year of work they receive a gross gross of EUR 2,718, which is EUR 230 more than today. Here, too, wages increase less as they progress in their career. Wages practically do not increase from the 20th working year.

A similar story for home nurses with a bachelor’s degree: they also receive an extra gross of 230 euros in their first working year, and this increase also levels off from about the 20th working year.

Healthcare professionals in a hospital earn slightly less. Their gross monthly wages in the first working year will be 2,325 euros, 146 euros more than today. But for them, too, the wage surcharge flattens as people progress through their career, although this is slower than with a bachelor’s nurse. In their tenth year of work, wages still rise gross by 150 euros.

218 functions with 218 pay changes, it is inevitable that there are a few dissatisfied customers. The most important group that remains hungry are the workers in residential care centers. Flemish Minister of Welfare Wouter Beke (CD&V) promised a “great effort” for Flemish staff on Wednesday, but it is unclear whether this will be the same effort as at the federal level. The Flemish staff did not previously receive a catering cache of 300 euros, which is awarded at the federal level.