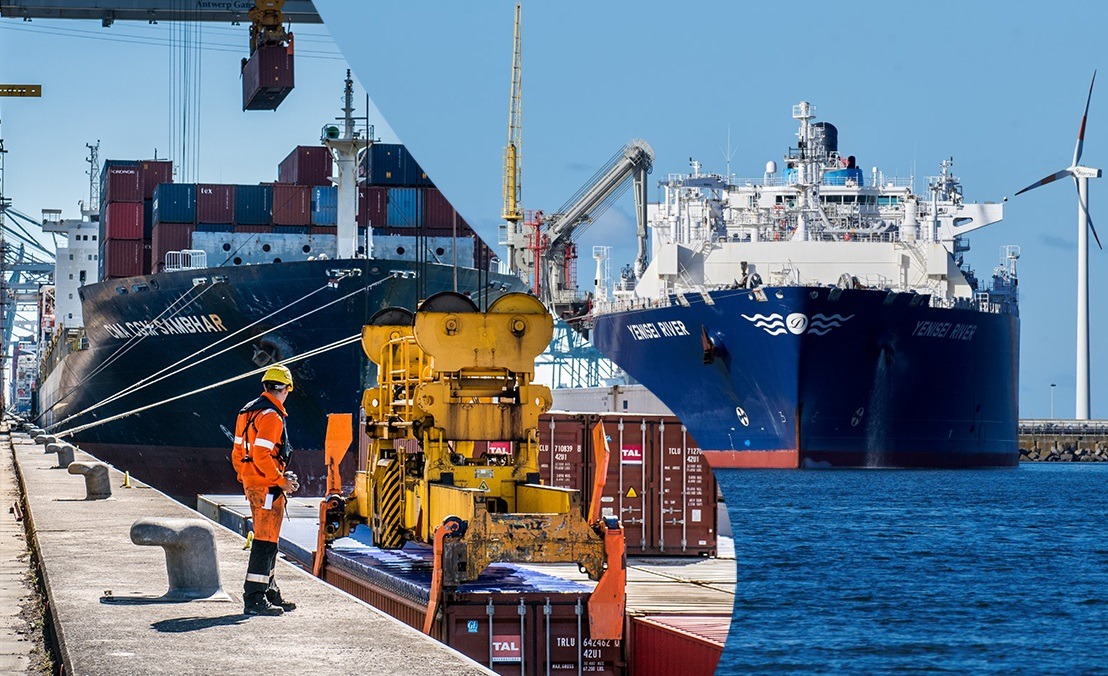 After Brexit, North Sea Port saw its freight traffic with the United Kingdom grow more slowly than that of other countries. And during the corona period, it also fell by 2 to 3 percent. “But in the first quarter of this year, we saw volumes with the UK grow by 6 percent. The transshipment with the UK is now completely at the average level again, ” said Daan.

North Sea Port and Port of Antwerp-Bruges have digested the first phase of Brexit well. That is what CEO of North Sea Port Daan Schalk and commercial director of Port of Antwerp-Bruges Tom Hautekiet said on Tuesday 10 May during an interview in the margins of the economic mission. Both ports and Flanders Investment and Trade, among others, are on a joint economic mission to the United Kingdom, organized under the presidency of Her Royal Highness Princess Astrid. From 8 to 12 May, this mission will put the Flemish ports in the spotlight as logistics hubs between Great Britain and the world.

Despite Brexit fears, the UK remains an important trading partner for North Sea Port. For years it has been at the top of the list of most important countries. In 2021, it took the third place with 5 million tons (7.3% of the cargo transshipment by sea).

Brexit also offered opportunities. During the Brexit period, North Sea Port established a border control post for imports of veterinary products from outside the EU and strengthened its position as a food port. Under one roof, the federal agency for the safety of the food chain (FASFC) and customs can check packaged goods for human and non-human consumption, both frozen and chilled, examine samples of them in the laboratory and handle the Administrative Operations.

“Since Brexit, we have been building closer to the customer. After all, North Sea Port is more than a transport hub. For example, the port is able to attract a lot of investors who are building warehouses that boosted e-commerce and the logistics sector with its added value and employment.”

“The convenient location allows our ports to become the gateway for the United Kingdom to the Schengen countries,” Daan concludes.