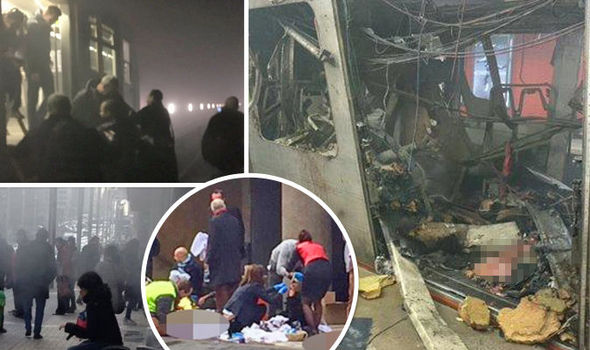 A commemorative ceremony was held shortly after each other at the Belgian national airport near Zaventem and in the Brussels metro station Maalbeek in memory of the victims of the terrorist attacks five years ago. King Philip, Queen Mathilde and Prime Minister Alexander De Croo were present at the corona short and small commemoration. The attacks resulted in a total of 32 deaths and 340 injuries. Also, three attackers did not survive their act of terror.

On 22 March 2016, at 07: 58, Three suicide bombers detonated two bombs in the airport’s departure hall. Sixteen people were killed. Two of the terrorists also died, but the third bomb did not detonate. Shortly thereafter, at 09.11, another suicide bomber detonated a bomb in a subway car near Maelbeek station opposite the European Commission. There, too, sixteen innocent people died, as did the perpetrator. The attacks have been claimed by the Islamic State terror group.

Both at the airport and later in metro station Maalbeek the king and Queen laid a garland for the victims. The names of all the victims were read out and a minute’s silence was observed in both places. Before and after, time was set aside for conversations with a small group of relatives.