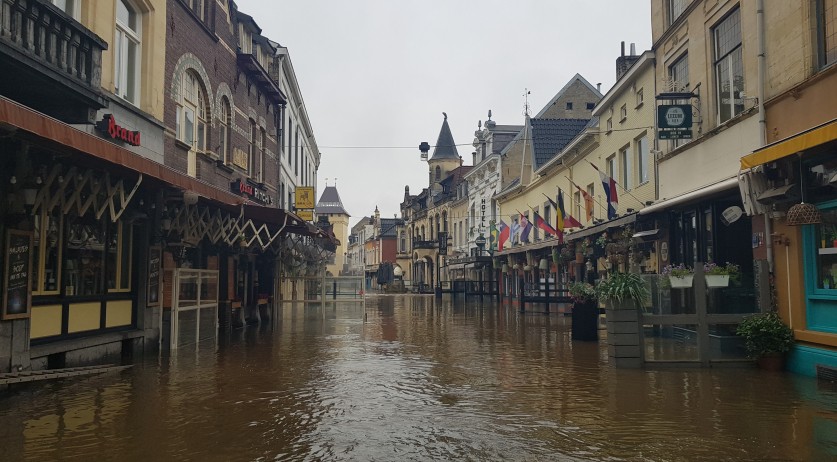 Limburg will install six measuring points in watercourses in the Belgian border region near South Limburg. In this way, the water board wants to anticipate impending floods better and faster. Dikegrave Patrick van der Broeck of the Water Board said this on Monday morning at the presentation of plans for improving the provision of information about high water for residents of Limburg.

The water board was raided a year ago by the rapidly rising water of streams and small rivers, which flow into Limburg from Belgium and Germany. As a result, Valkenburg and Meerssen in particular were left blank and hundreds of millions of euros in damage were incurred. The water board cannot (yet) link its own measuring system to the Belgian measuring points because that is a different ICT system, according to Van der Broeck.

In the future, both systems should be able to communicate with each other. The Limburg measuring points must be operational in the Belgian feed region by the end of next year.

In the German border area, too, new measuring points are being placed in particular in front of the rudder, but this is done in cooperation with the Germans. A link between the systems is possible. Thanks to the new measuring points on the other side of the borders, the water board hopes to be able to warn people about high water much faster.

The app WaterstandLimburg was improved, so that residents can immediately check the most current water levels in their immediate vicinity and can immediately anticipate high water. The Water Board asks residents for feedback so that the app can be improved even further. In addition, the website of the water board can also be searched for the drainage of streams and rivers in the area. The drain is provided with colour labels, green, yellow, orange and red.

Now the code is set to yellow, which means that there is an incipient drought, the drainage of the streams is low, and the precipitation deficit is increasing.