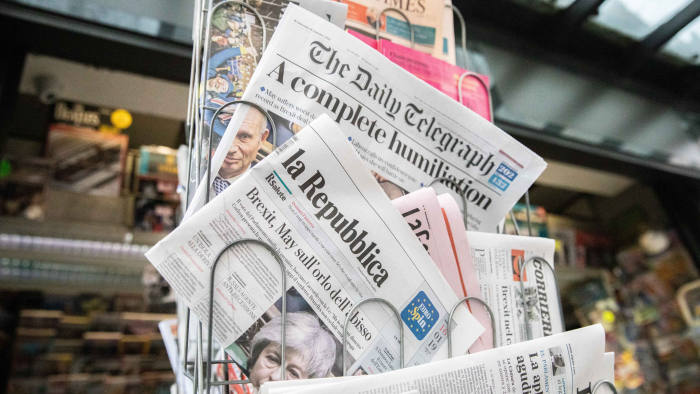 RTL Group, the parent company of several Dutch TV channels, is reportedly considering selling RTL Netherlands. The Belgian branch of RTL would also have been put on display, the Belgian business newspaper De Tijd reports on the basis of sources.

RTL Group does not want to respond to the rumours. However, according to a spokesperson, the Media Group is constantly looking at its options for its local daughters. RTL stated earlier that there are arguments for a consolidation of the European media landscape

De Tijd reports nothing concrete about the idea to sell RTL Netherlands. According to newspaper information VodafoneZiggo and DPG Media may be interested. But DPG, which in the Netherlands owns newspapers such as De Volkskrant and the AD, already told the time that the Media Group is not involved in any process.

RTL is a major media party in the French-speaking part of Belgium, with several television and radio stations. The French RTL subsidiary M6 would have been put ons sale earlier. The Belgian branch would initially have been offered with M6, but now it would also be examined whether it could be brought to the market separately. Possible takeover candidates for the Belgian branch appear, according to De Tijd, to be the Flemish television group SBS, which is owned by Telenet, and Rossel, the owner of the French-language Belgian newspaper Le Soir.