Majority of booster doses should be administered by March 2022 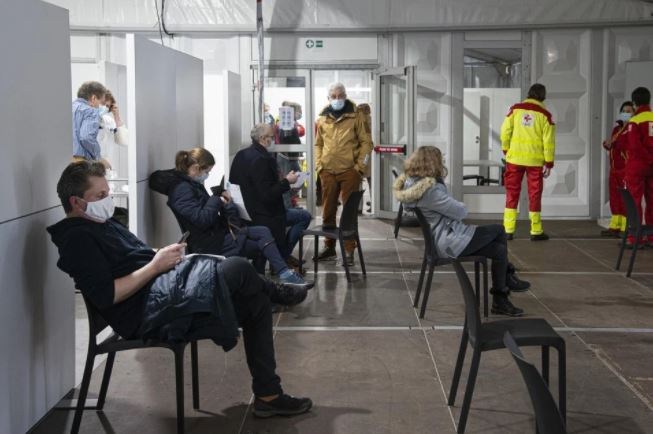 Majority of booster doses should be administered by March 2022

Invitations will be sent out in the following days for the general population in Belgium to receive a coronavirus booster vaccine, and most adults are expected to have been administered with an additional shot by March next year.

The general population campaign will not be based on priority groups, but will instead be based on the previous vaccine administered, and a person’s age, the various health ministers decided during a meeting on Saturday regarding the deployment of the “booster” dose for the whole population, which was endorsed earlier this month.

In total, around 4.5 million adults are eligible to receive a dose to strengthen vaccination immunity against the virus. There are sufficient vaccines in stock, and as result, everyone will have had the opportunity to receive a booster vaccine by March 2022 at the latest, a press release from the Interministerial health conference stated.

This latest decision means that, contrary to what was requested by the Flemish government, teachers and other professions will not be prioritised to be given a booster shot, however, this excludes health care workers, who are already being sent invitations to receive an additional dose.

People who received the one-shot Janssen vaccine (Johnson & Johnson) have also already received an invitation for a “booster” dose with a messenger RNA vaccine (Moderna or Pfizer), the cabinet of Walloon health minister Christie Morreale told Belga news agency, as it was decided this should be administered two months after the first (and only) dose.

Morreale’s Tweet reads: “Green light given by the Interministerial Conference of Health Ministers (IMC) for the launch of the third dose to the entire adult population in Belgium. Wallonia starts today: 60-64-year-olds are invited as are the 55,000 Walloons who received a dose of JJ.”

Flemish health minister Wouter Beke said on Twitter: “More than 800,000 Flemish people have received their booster vaccine. We are now rolling this out to the entire population. By the end of this year, we want half of all people in Flanders to have received a booster.”

Pharmacists and vaccination at work

As part of the government’s bid to speed up the booster jab campaign in light of the worsening coronavirus situation, pharmacists and private doctors connected to large companies will soon also administer an additional dose, according to the Taskforce Vaccination.

“We want to involve half of the pharmacists from the beginning of next year. We count on them getting thousands of shots a week,” Dirk Ramaekers, top executive of the task force, told Het Laatste Nieuws.

Almost 1.4 million people have received a booster dose of a coronavirus vaccine in Belgium to keep the protection against the coronavirus sufficiently high, mostly including people with a weakened immune system, while all fully vaccinated over-65s are now being invited for a booster vaccine as well.