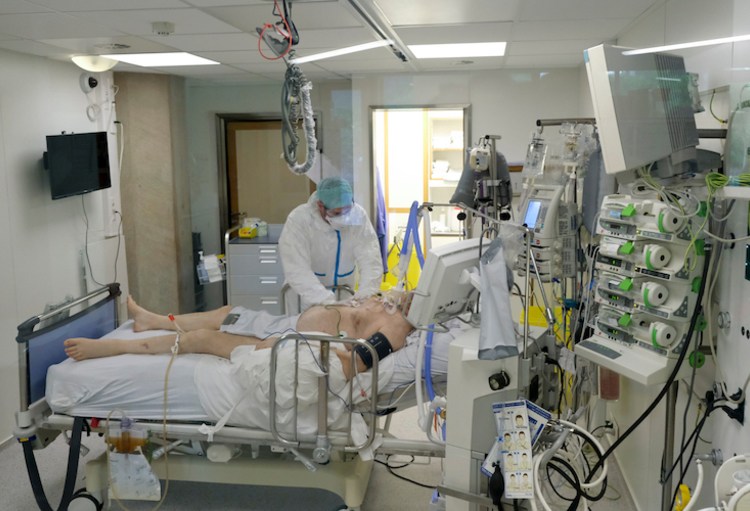 There are currently more than 3,300 Covid-19 patients in hospital, of whom almost 660 are being treated in intensive care as a result of the virus.

Between 17 and 23 November, an average of 289.9 patients suffering from Covid-19 were admitted to hospitals per day, a 22% increase since the previous week, according to figures published by the Sciensano Public Health Institute on Wednesday morning.

Between 14 and 20 November, an average of 15,890 new coronavirus infections were identified every day, a 54% increase from the previous seven days.

The number of tests being taken increased dramatically by 32% (107,000.7), while during the last week, the highest number of tests taken in seven days since the start of the pandemic, resulting in labs becoming overrun. The positivity rate has risen by 2% since last week, now sitting at 15.6%.

During the same period, an average of 36.1 people died per day from the virus, up by 37% from last week. This brings the total number of deaths since the beginning of the pandemic in Belgium to 26,705.

However, because of Belgium’s high vaccination rate, this number remains much below the number of deaths recorded during the second wave, when infection rates were similar to those reported now.

The virus reproduction rate has remained stable since last week, sitting at 1.13. This figure represents the average number of people infected by each infected person, and when it is above 1, it means that the epidemic is gaining ground in Belgium.

As of Monday, more than 8.8 million people in Belgium have received a first dose of the vaccine, representing 88% of the adult population, and 76% of the total population.

Meanwhile, more than 8.65 million people are fully vaccinated, accounting for 87% of the adult population in Belgium, and 75% of the total population.