New entrances and exits to the ring around Brussels in Machelen have been unused for three years now, what's going on? 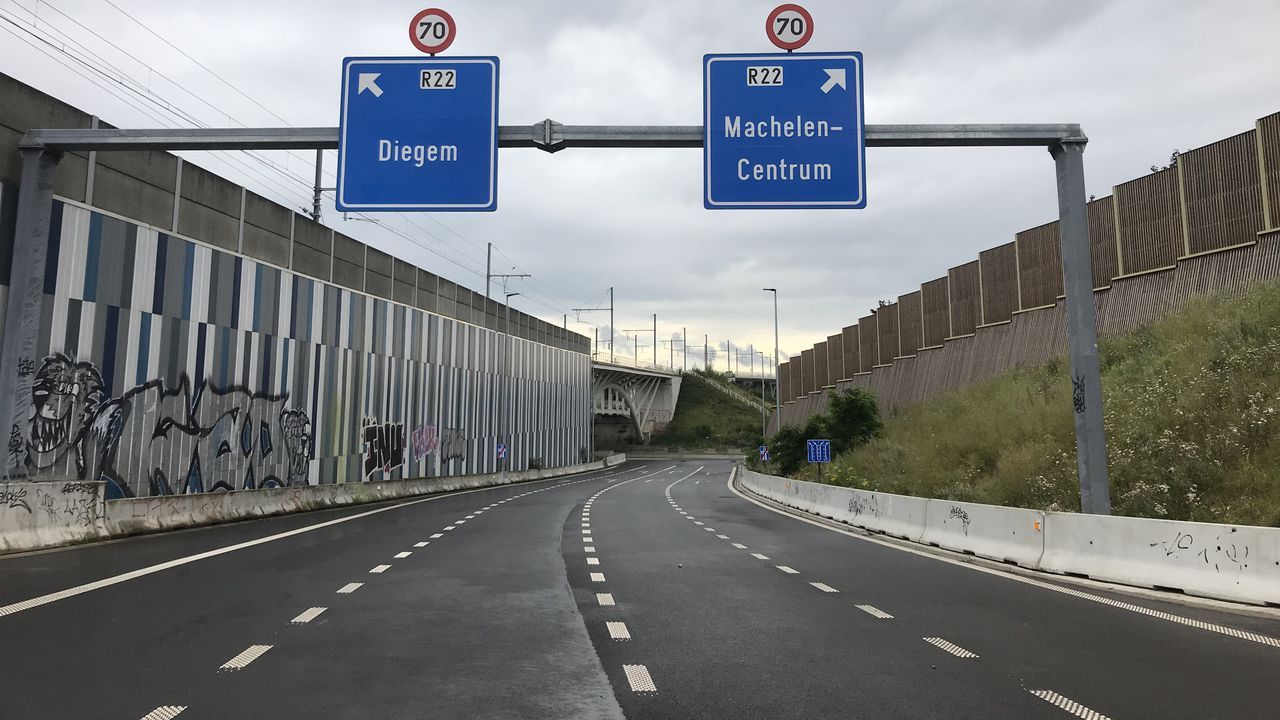 New entrances and exits to the ring around Brussels in Machelen have been unused for three years now, what’s going on?

Since 2017, there are new exits and ramps connecting the Woluwelaan with the ring at the junction of the Brussels ring road with the E19 in Machelen, but they are still not open. But why? VRT NWS investigated.

The photo below shows the Machelen junction. The connections to the E19 (to the right of the image) are much older, they were built in the seventies of the last century. The new entrances and exits to Woluwelaan (to the left) have now also been built, but they will remain closed for the time being.

However, everything is as good as ready, except for a few signposts and the traffic lights at Woluwelaan. The exits to Woluwelaan are closed with a gate.

The following photo shows an image of the exit from the outer ring to Woluwelaan. On the right the two lanes connecting the ring with the E19 to Antwerp, on the left the closed exit. Mud and leaves cover the unused asphalt. A sign is skewed at the future split.

How is that possible? Inquiries with the Agency for Roads and Traffic (AWV) show that the new connections cannot open until the reconstruction of Woluwelaan is completed. And that’s not until late 2022.

Woluwelaan is an important road that connects Vilvoorde with Zaventem and the east of Brussels and runs through a number of so-called reconversion zones near Machelen and Diegem. These are older business parks that will eventually be given a new use. That development has been going on for some time. For example, a new prison is under construction near Diegem. A little further north, in Machelen, the new “Broeklin” site will be built. That is the successor of the permanently stored “Uplace”. Broeklin will accommodate smaller shops, SMEs, offices and training centers.