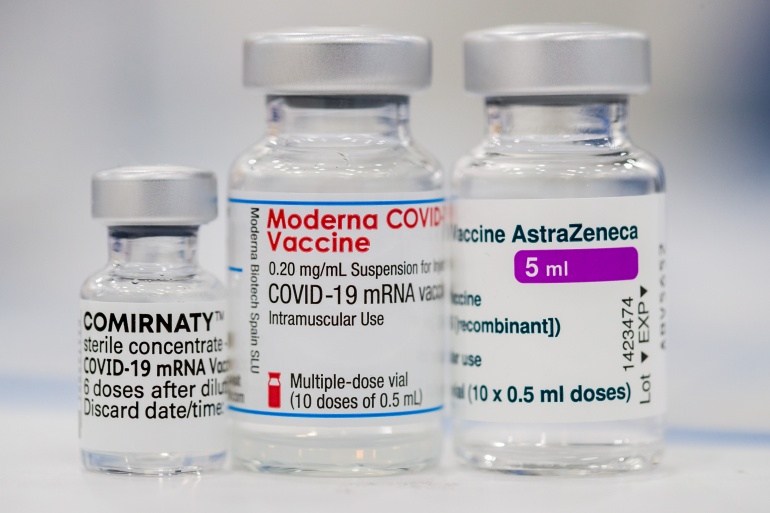 Pharmaceutical companies have sprung into action to look into vaccine protection against the new coronavirus variant first detected in South Africa, which is raising concerns across the world.

American pharmaceutical company Moderna announced on Friday it is working to address the new omicron variant, which is potentially more infectious than the currently dominating delta variant and has a large number of mutations, and as a result, was classified as a variant of concern by the World Health Organisation.

“The combination of mutations represents a significant potential risk to accelerate the waning of natural and vaccine-induced immunity. A booster dose of an authorised vaccine represents the only currently available strategy for boosting waning immunity,” the company said in a press release.

We just announced our strategy to address the omicron (B.1.1.529) SARS-CoV-2 variant. Read more: https://t.co/dKzD3YFUV2 pic.twitter.com/j64Y0DuR7a

It added that it has also been testing a higher dose of its existing booster and that it is studying other booster candidates designed to protect against multiple variants.

Meanwhile, German company BioNTech, which developed a coronavirus vaccine with the US pharmaceutical giant Pfizer, announced it is currently studying the omicron variant and expects to publish the results of this analysis, and whether its vaccine would have to be reworked, in the next two weeks.

It added that it should be able to ship a vaccine tailored to this emerging variant in approximately 100 days. However, as most European countries have already started their booster vaccination campaigns, it could take much longer to organise another mass vaccination rollout to administer these new doses.

Omicron variant: What we know so far

The new coronavirus mutation detected in South Africa has placed much of the world in an alert mode. So far in Belgium, one case has been linked to the variant, labelled B.1.1.529 and named omicron (the 15th letter in the Greek alphabet) by the WHO. Outside of Africa, it has also been identified in Israel and Hong Kong.

This prompted the European Union’s Integrated Political Crisis Response (IPCR) to activate the emergency break in health crises and impose temporary restrictions on all travel into the EU from southern Africa, including suspending passenger flights from affected countries.

Member states have been asked to discourage travel to these countries, and should test and quarantine incoming passengers, both those arriving directly or indirectly from these countries.

Belgiums’ Prime Minister Alexander De Croo stated on Friday that the country will be introducing an entry ban for travellers from several countries in the south of Africa following concerns about a new variant.

The rules will reportedly apply to South Africa, and presumably also its neighbouring countries of Botswana, Namibia, Zimbabwe, Mozambique and the small states of Lesotho and Swaziland.