Rare beaked whale first rescued in Nieuwpoort, but washes up a day later in Wenduine 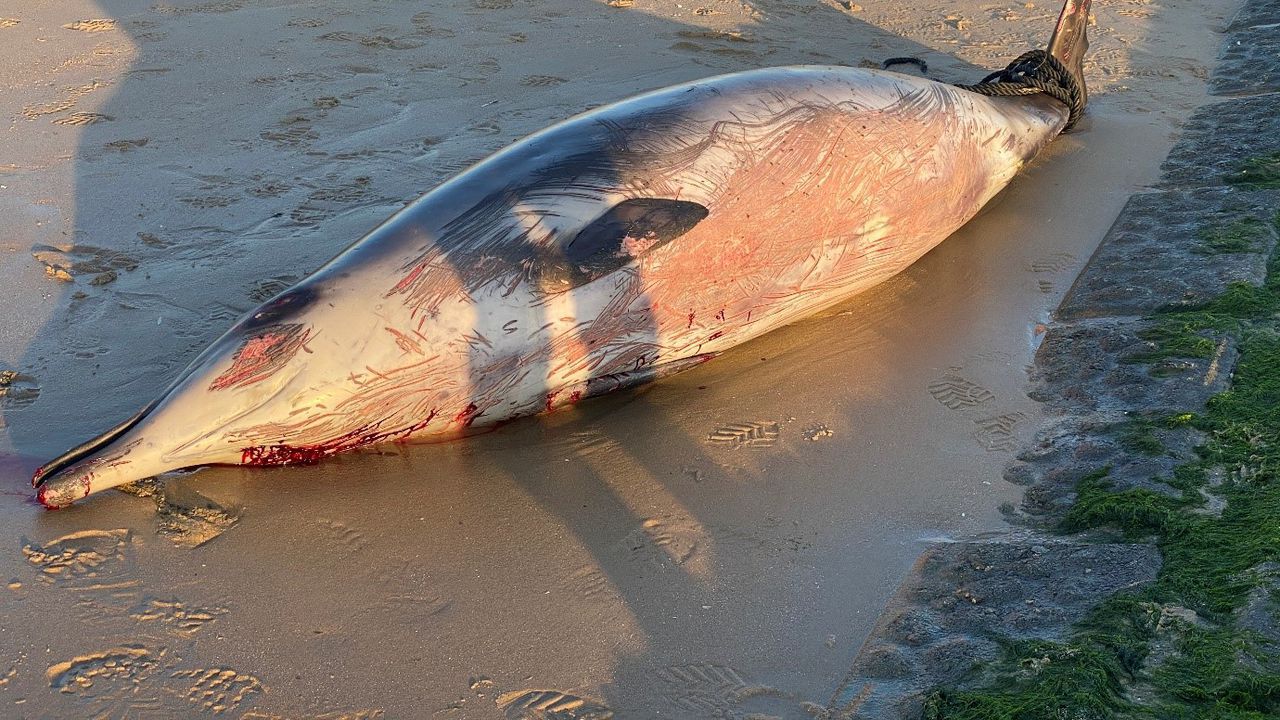 Rare beaked whale first rescued in Nieuwpoort, but washes up a day later in Wenduine

A rare beaked whale washed up in Wenduine on Friday. The Royal Belgian Institute of Natural Sciences (RBINS) reports this in a press release. The animal had already been stranded in Nieuwpoort the day before and pushed back into the sea, but the mammal did not make it. It is only the seventh documented common beaked whale on our coast.

Shortly after noon on Thursday, the animal was stranded near the Oosterstaketel in Nieuwpoort. “Due to the urgency – a live marine mammal in trouble in shallow waters – lifeguards, police and bystanders decided to immediately attempt a rescue and try to escort the animal into deeper waters,” said a press release.

That turned out not to be an obvious assignment. “The disoriented animal swam between the stones along the fence”, it continues. “Sharp stone edges and barnacles caused superficial injuries.” According to the RBINS, the animal lost a relatively large amount of blood (see photo below). Ultimately, the animal was escorted to open water by 1.30 pm.

After analysis of the images, it turns out to be a kind of beaked whale. “That is a small cetacean that is considered unlikely to survive in the shallow North Sea,” it said. According to the RBINS, escorting the animal back to sea was the only scenario in which the animal had a small chance of survival.

Unfortunately the animal did not make it. Yesterday evening around 8.30 pm it was found dead on the beach of Wenduine (see photo above). It concerned a young female 3.59 meters long and weighing 510 kilos. “The carcass was removed from the beach yesterday evening”, it sounds. “This morning it was transferred to the Faculty of Veterinary Medicine of Ghent University for an autopsy.”