Santa has played a 'superspreader' role in Hemelrijck 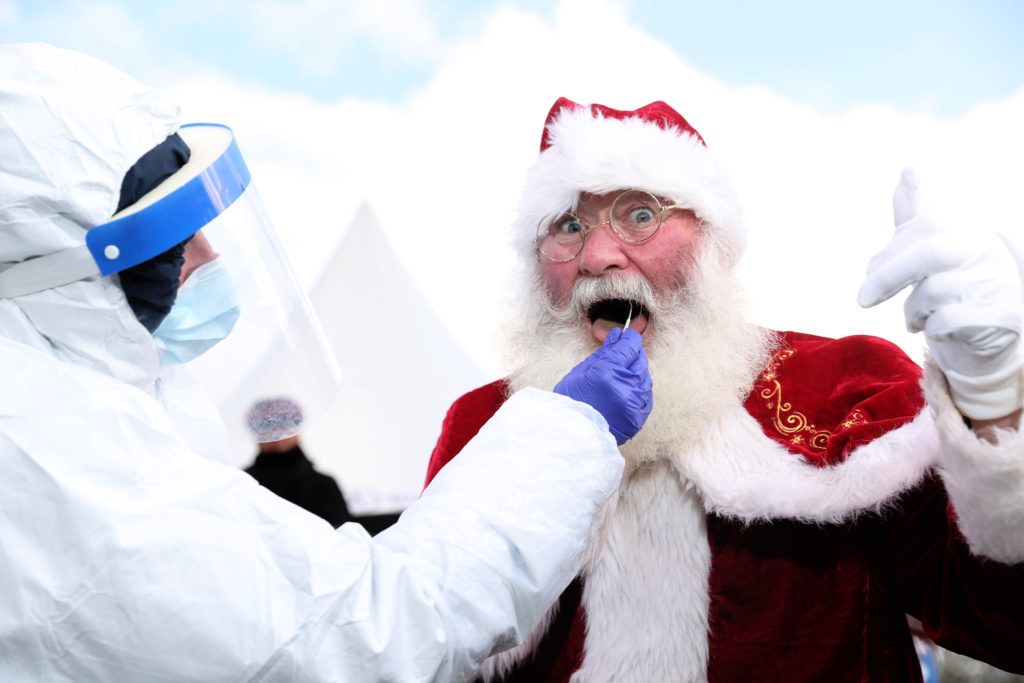 Santa has played a ‘superspreader’ role in Hemelrijck

Unrest happens in a residential care centre in Hemelrijck. Santa who paid a visit to 150 residents tested positive for the coronavirus a few days later. In the meantime, it appears that 57 elderly people are infected. “Our children and grandchildren have not been allowed to visit for weeks, and now we have this” – say residents.

It was a well-intentioned initiative to provide the residents of Hemelrijck residential centre with some distraction. But the visit of Santa, played by the son of one of the inhabitants, may have serious consequences.

Until the visit, there had been no infections in the old people’s home. Relatives of the residents find it incomprehensible that such risks have been taken. According to the board, the visit couldn’t hurt because it was a well-known family member.

The municipality was not aware of the visit of the Santa and inquired about the details. The management then initially informed that the residents were wearing a mouthpiece. But that is not the case in photos of the visit that are circulating on social media.

“The city council received the wrong information from the management of the Hemelrijck residential care centre,” the mayor of Mol responded to the latest news in the Flemish newspaper. “We deeply regret this.”

Family members of residents of the residential care centre are stronger in their response. “Our children and grandchildren have not been allowed to visit for weeks, and now this!”, Kirsten Buekenberghs responds to the following Facebook message from the municipality on the issue.

“She is sitting on the right of the superspreader without a mask. I really don’t understand… This breaks my heart.”

Extensive tests are now looking at the exact consequences of the St Nicholas visit. The city has announced today that there are at least 57 identified infections.

Armonea, the caretaker of the Residential Centre, has responded to all the fuss. According to the organisation, during the visit of the saint himself, the inhabitants did not have to wear a mouthpiece because they were in their ‘own habitat’.

“The main purpose of mouth masks is to protect others,” says a spokesman against the latest news. “The saint himself has always worn his mask and not given out gifts.”