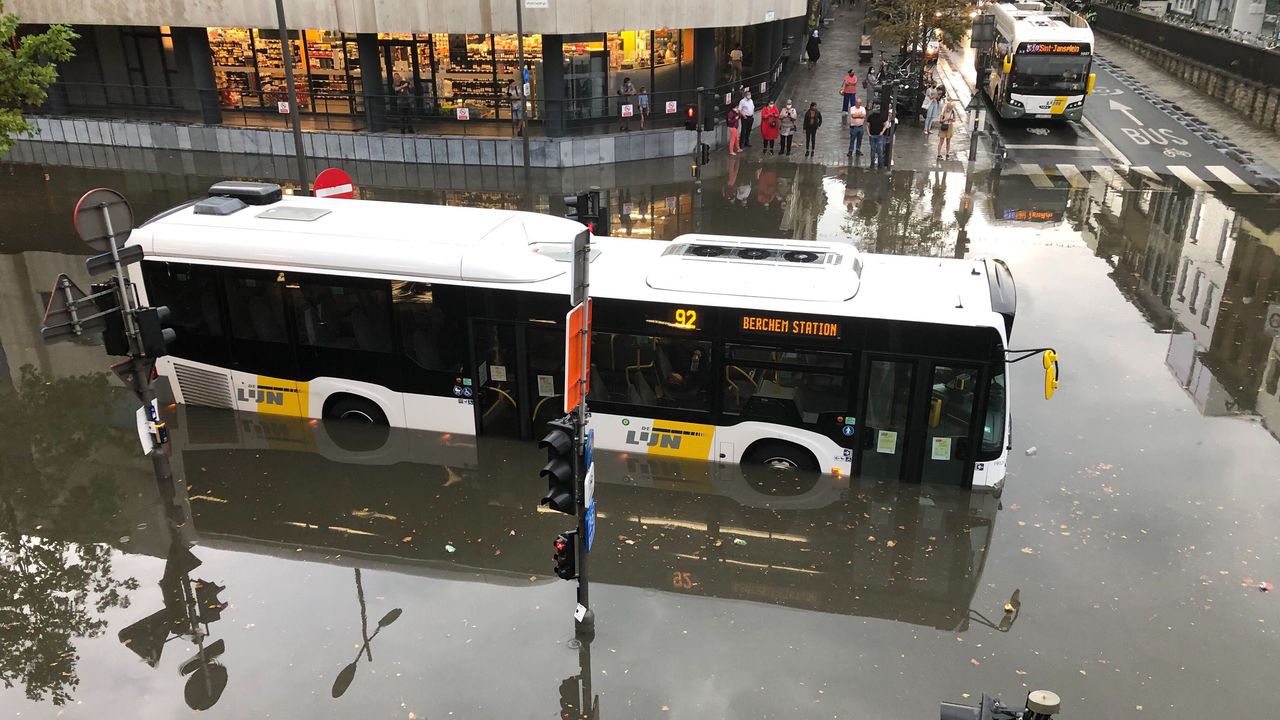 In various places in our country it thundered heavily this afternoon. In West Flanders and Antwerp, among others, there was flooding due to abundant rainfall in a short period of time. Later tonight and early in the night there may still be heavy thunderstorms locally, the RMI predicts.

The active thunderstorm zone traveled from France to the Netherlands, right across our country. West Flanders was the first to receive the full brunt. The Westhoek fire brigade had its hands full with more than 50 calls for flooding. “The regions around Nieuwpoort, Kortemark and Koekelare were mainly affected. The reports are mainly about flooded cellars, elevator shafts and water seepage through roofs, “it says. However, major damage was not done.

Reports of flooded streets also came from the province of Antwerp. This was the case in Berchem, for example, where two regular buses got stuck near the station (see photo in article). In one of the buses, the driver and passengers could no longer leave the bus dry on their own and had to wait for help. In the city of Antwerp, all bus and tram traffic was completely stopped for a while because driving was impossible due to the heavy rain.

Tonight and tonight the RMI still expects some local heavy rain showers with possible hail and gusts of wind. Later tonight the showers will leave our country and clearings will appear.