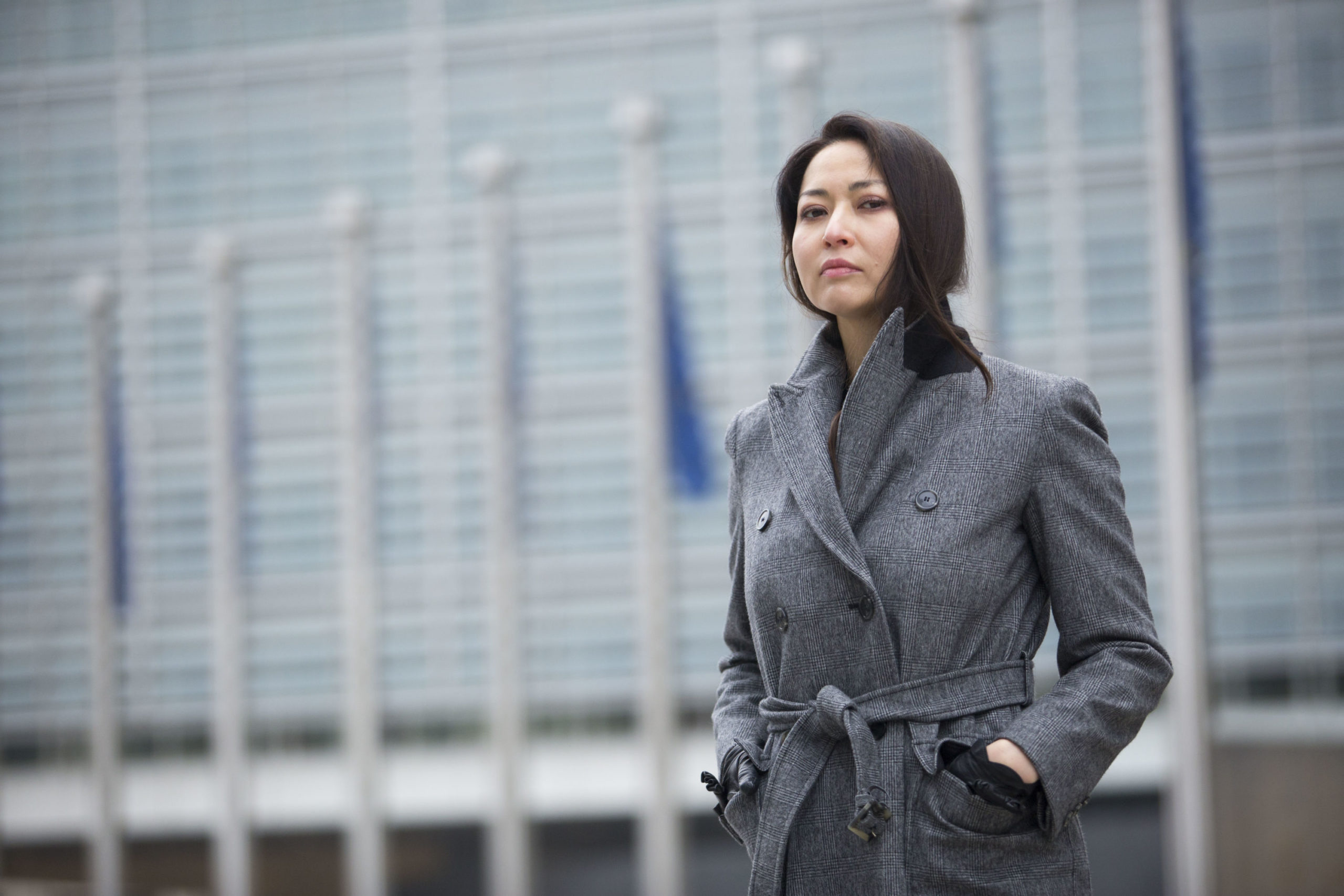 It seems that asylum system is screwed beyond repair. The country granted the status to people that are corrupt and dangerous.

European Union and Belgium in particular is a desired destination for asylum seekers. Many of them come from places ravaged by the civil wars, foreign occupation and violent revolutions. They come with nothing in their pockets and have no other place they may call home any more. However there is a small group of white collar applicants who come from calm and peaceful countries. They come with densely packed bank accounts and pretend to be victims of the ruling regimes.

There is one thing in common with those white shirt émigrés: all of them are former high-ranking officials or corporate figures in their countries. They were at the close terms with the regimes up until the criminal investigation knocked at the door. They became opposition leaders in front of inevitable consequences of what they did in their cabinets.

Botagoz Jardemalie, a former lawyer of Kazakhstan’s BTA Bank is one of the well known representatives of the class. While living in Kazakhstan she wasn’t defender of poor and downtrodden, nor she was known for her fierce opposition to the Kazakhstan dictatorship. She was a corporate lawyer in the infamous BTA bank. As a highly successful pro she landed in the chair of Chief Executive Officer of the bank. Botagoz Jardemalie was too busy to be involved in politics. Her career in the bank was a bliss: Botagoz reached the very top in just three years. Her opponents attribute it to the more than personal relationship with the bank’s owner, Mukhtar Ablyazov. According to our sources it is an invention of the Kazakhstan government propaganda. In fact she rose to power only because of her talents as a lawyer.

There is nothing special in BTA Bank

Kazakhstan gained independence in 1991. The state demanded a new financial system. On the ashes of the Soviet banking system several banks were founded. BTA Bank, then known by the name Bank ‘Turan Alem’ was one of them. From a practical point of view its always served a purpose of getting money out of country. Kazakhstan, a major oil exporter, capitalized on high demand of oil and natural gas. Financial institutions, as well as oil, gas and ore deposits got under control of oligarchy formed from former communist party leadership. Mukhtar Ablyazov privatized Turan Alem bank for 72 million USD in 1998. Ever since it is known as BTA Bank. Fast forward, the following events are knows as BTA Fraud & Embezzlement case, one of the biggest examples of financial fraud in modern history. 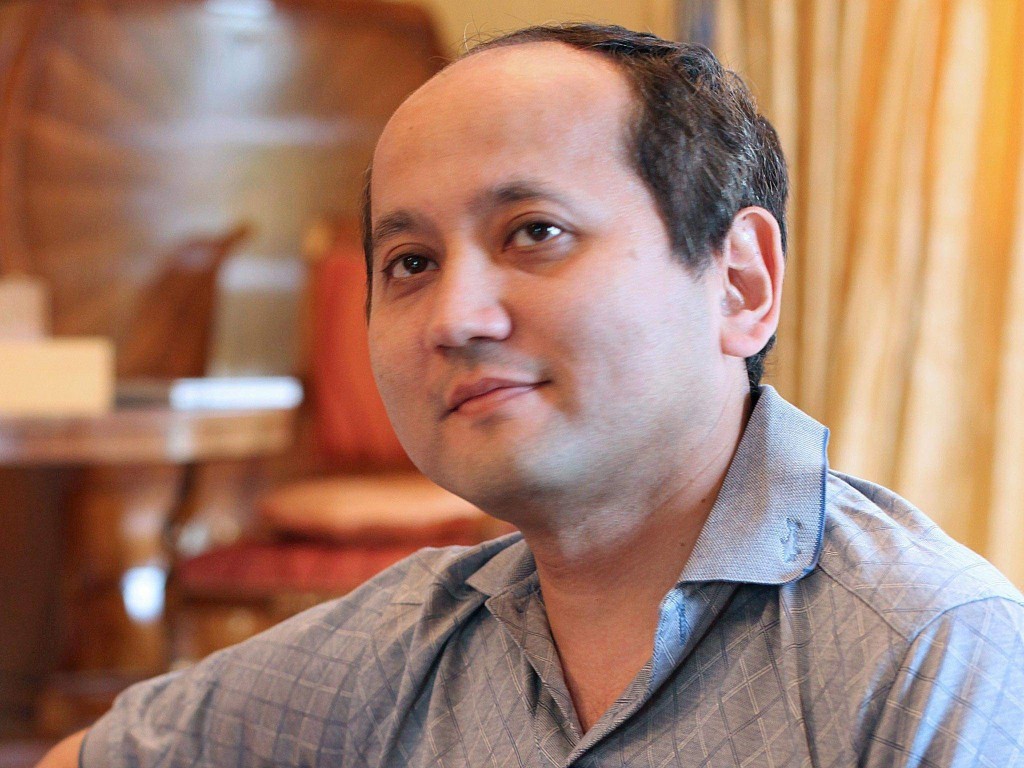 Under command of Botagoz Jardemalie and ownership of Mukhtar Ablyazov, the bank managed to get nearly six billions USD abroad while the Kazakhstan parent company was sucked dry. US shareholders hold 11.6 billion USD in debt. Bankruptcy followed and then it was revealed that by clever premeditation of the owner and Botagoz Jardemalie the bank had no value.

Botagoz Jardemalie is personally responsible for orchestrating the scheme of opening fake international companies and lending them multimillion loans. As such the following list is circulating:

Most of these companies can be found in ICIJ’s Offshore Leaks. Altogether more than 300 millions of fake loans were found by investigators. Mukhtar Ablyazov fled the country and so did Botagoz Jardemalie. The wealth stolen from the bank is still traceable to real estate which Botagoz acquired in Belgium. Her lifestyle is also a top notch of the asylum seekers.

Meanwhile, Kazakhstan government tried to get the pair to court. Kazakhstan, not a model democracy of the world, issued an Interpol ticket and made several request to extradite Botagoz Jardemalie. It was done in rather clunky style and has been considered a politically motivated pressure. Botagoz Jardemalie retained the status of political émigré.

Botagoz Jardemalie is very alert on any attempts to investigate her involvement in BTA Bank affair. As soon as some threat is detected the chorus of the fellow lawyers cries a river. CCBE  – the voice of the European legal professional – wrote a letter to Nazarbaev in April 2018.

According to the information received, Ms Jardemalie has been targeted by the alleged misuse of Interpol’s Red Notice system and politically motivated prosecution in Kazakhstan, Russia and Ukraine…

In 2019 Belgian government ordered searches in one of three luxury apartments Jardemalie owns. Small but yet sound campaign in order to shield Botagoz Jardemalie from any fallout of the searches started immediately.

Mukhtar Ablyazov and his group is exploiting every trend in the society to boost their status. They never miss an opportunity to speak about democracy, women rights, #MeToo, geopolitics and so on. DVK, Democratic Choice of Kazakhstan, a virtual party which can be found only in Facebook, has nothing to do with real opposition. Its sole purpose is to help maintain the status of refugee for the multimillion – if not billion – fugitives. The question is, in light of the recent trends to fend of oligarchs and their wealth from entering the countries, why we make a privilege for the same class of people on the run. Since when the criminal case at home is an opportunity?

The International Observatory for Lawyers in Danger expresses its deep concern regarding the situation of the Kazakhstani political refugee… who has advised numerous Kazakhstani regime opponents.

One detail seems to be strangely outlined. Botagoz Jardemalie appealed personally to the the minister of justice to stop the searches and mitigate any possible negative outcomes caused by the documents found. In numerous publications which followed the searches she put kind of personal pressure to the minister which is at odds with common practice.

Hints of abuse of personal relations

There is explanation for it. We’ve been informed that Botagoz Jardemalie developed kind of warm and personal relation with the minister and applied the necessary pressure at the right time. Despite the justice minister wasn’t authorized to intervene in the case personally he made everything he can to put the brakes. I bet he did.

By harbouring asylum seekers from corporate and political elite from some Eastern European and Central Asian countries, by welcoming controversial figures in Belgium and Europe we are exposing our own political system to the excessive risks and corruption. There is little to no use of such gestures.

Right now there is no chance to revoke the asylum for Botagoz Jardemalie. In fact her case is only an illustration of how dangerous an excessive generosity can be and how irreversible the consequences are.