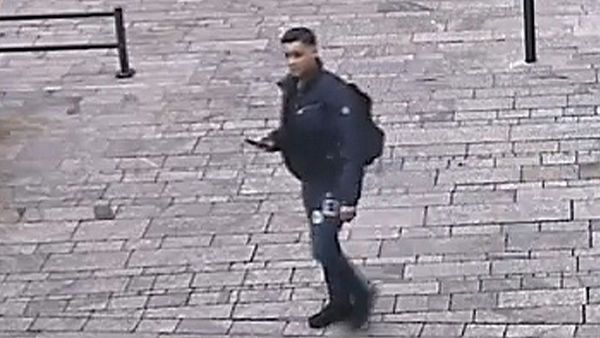 After a flight of more than a year, Amsterdam criminal Youssef Ben Hamou (26) was arrested in Belgium on Thursday evening. In absentia he was sentenced to 14 years in prison for the drug theft in which Utrecht Judge Ray Tensaini (35) was shot dead on 21 December 2019 in Almere-Stad.

The talented martial artist Ben Hamou has been arrested by a SWAT team in Anderlecht, the police confirm. He resisted violently, but was quickly overpowered. The Netherlands has requested its surrender by Belgium.

Kickbokser Ray Tensaini and his half-brother, owner of a Surinamese toko and wholesaler in Almere, probably wanted to sell cocaine to Amsterdammers Younes el M. (21) and Ben Hamou in an apartment on the Almeer Stadhuisplein in December 2019.

This resulted in a shooting in which Tensaini was shot and his half-brother was injured. Ben Hamou can be seen on surveillance cameras when he arrives and when he flees with a backpack after the shooting.

The most important evidence against the Amsterdam twenties consists, in addition to the camera images, of the statements of Tensaini’s half-brother. He told me that Younes shot el M. First, and then Ben Hamou, with the same gun. Both suspects got 14 years early this year for co-conspiring with the robbery murder. Their appeal is still pending.

Ben Hamou was also prosecuted for years for preparing a robbery of the well-known Almeer drug trafficker Hensley J. under his car a beacon was attached with which he could be tracked. In eavesdropped conversations, Ben Hamou talked about’ liquidations‘,’ cracks ‘and’ rattling ‘ (shooting with an automatic weapon).

Hensley J. had to be shot through the back of the head, Ben Hamou said to a co-suspect, according to investigators. ‘Cause if you show up, you’re not gonna be able to sleep. Then you can see that face.’

The court found that it was not ‘beyond reasonable doubt’ established that the suspects arrested on the A2 were on their way for the violent theft and liquidation for which the Justice had demanded eight years. Ben Hamou only got three years in prison for the Kalashnikov and two warehouses with ammunition that were found in the attic near his Amsterdam house and for an attempt to rob a house in 2016.

In prison, Hamou behaved violently according to sources.

The Justice Department had offered 10,000 euros for the tip that would lead to the arrest of Ben Hamou, who was placed on the National Investigation list. Whether he was caught as a result of a tip is unknown.

Lawyer Sander Janssen of Ben Hamou was not yet aware of his arrest on Friday morning.