Across the U.S., people are being sent unsolicited seeds that seem to come from China (and no one knows why) 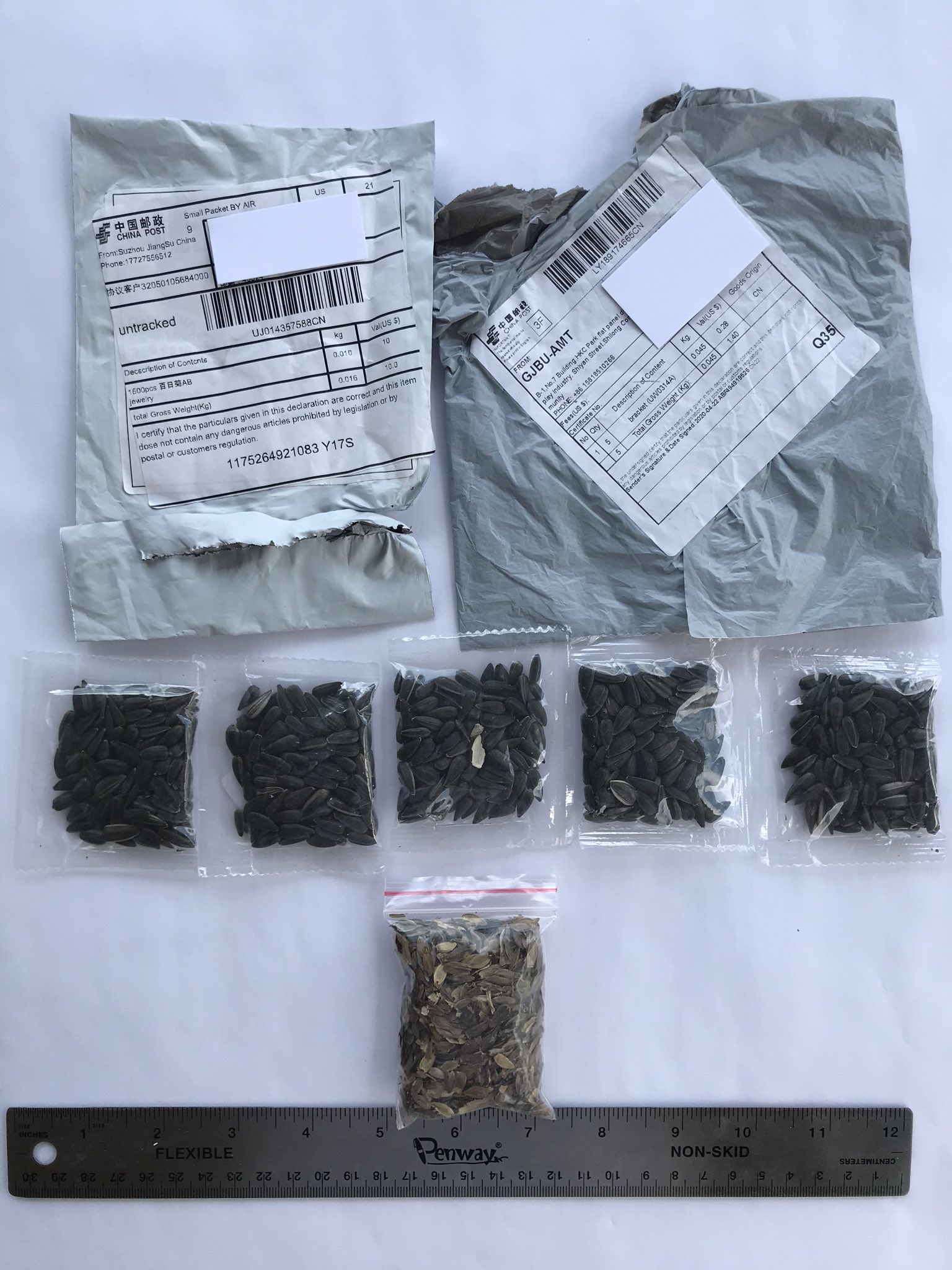 Across the U.S., people are being sent unsolicited seeds that seem to come from China (and no one knows why)

In the US, several people have received unsolicited packages of seeds that appear to originate from China. The Ministry of Agriculture warns them not to plant and to contact the local authorities as soon as possible. It may be a form of fraud.

Opening your mailbox and finding a package of unintended and unsolicited seeds that seem to come from China: that’s what happened to several Americans in all 50 states of the US in recent days and weeks, CBS reports.

It is not clear who sends the seeds, why and which one it concerns. In some cases, they are packaged as jewelry. For example, earlier this month, Lori Culley of Tooele, Utah, was sent two packages with a label indicating that they were earrings. “I opened them and they were seeds,” she tells FOX 13 in Salt Lake City. “Obviously they weren’t jewels.”

“Do not plant seeds of unknown origin”

“We are aware that people across the country have received suspicious and unsolicited packets of seeds that appear to come from China,” said an official statement. “We are working closely with customs and border security officials from the Department of Homeland Security, other federal agencies, and the state ministries of agriculture to investigate this matter.”

“We urge anyone receiving such unsolicited packets to contact their state authorities immediately. Please keep the seeds and packaging, including the postal label, until someone from your state’s Department of Agriculture contacts you with further instructions. Do not plant seeds of unknown origin. ”
Brushing scam

“At this time, we have no evidence that this is anything other than a” brushing scam “where people receive unsolicited items from a seller who then post fake customer comments to boost their sales,” it continues. “We will collect the packets of seeds and analyze them to see if they are harmful to agriculture or the environment in the US.”

It is not the first time in the US that people suddenly receive unsolicited packages in their letterbox. In 2018, this happened once with shipments from Amazon that were delivered to people all over the country and in Canada who had not ordered them.