ASML got a big order from South Korea 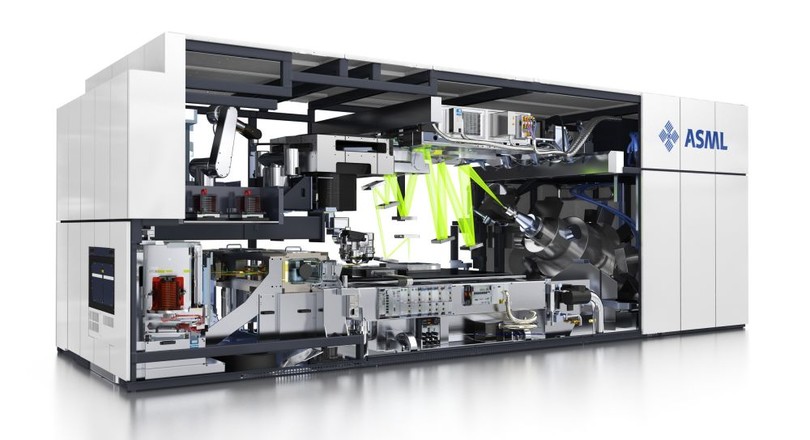 ASML got a big order from South Korea

The Dutch chip machine maker ASML has received a large order from the South Korean manufacturer of memory chips SK Hynix. Over the next five years, that company will buy some 3.6 billion euros of so-called EUV machines. SK Hynix will use it to manufacture even faster and more energy-efficient memory chips.

ASML’s EUV machines use ultraviolet light. This is a type of light with even shorter light waves than ordinary uv light and therefore thinner connections can be made on chips. The technology allows manufacturers to draw circuits on semiconductor discs on an even smaller scale. This allows more computing power or storage capacity to be bundled on a smaller chip. The devices cost more than 100 million euros each and are the size of a bus.

The order is a big one even for ASML. The turnover for the whole of 2020 was 14 billion euros. At the end of last year, the tech company from Veldhoven had orders worth 11.3 billion euros.