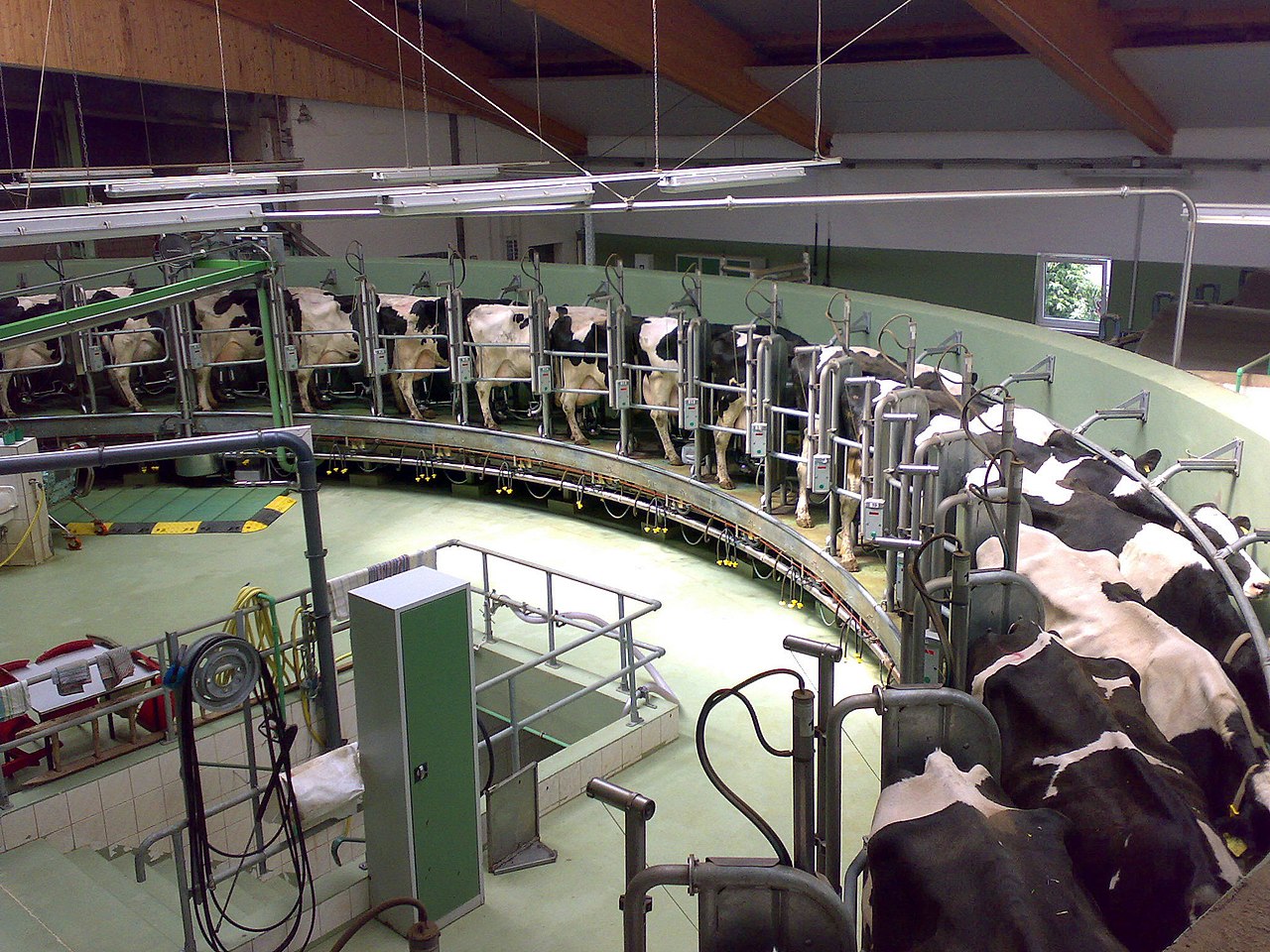 According to Raf Beyers, Consultant Business Development and risk management at United Experts, our milk prices will remain firm and stable in the coming months due to the high demand. In July, there was another positive milk supply in Europe.

All eyes are currently on the interest rate decision of the European Central bank (ECB). Concerns about rising inflation remain, with the latest European record inflation figures from August (+9.1%). Even if food and energy are removed from the inflation basket – which can be described as core inflation – we are still at +4.3%. “This shows that in many products the increased raw material, wage and energy costs are passed on,” says Raf Beyers.

“Now that the ECB has opted for a firm interest rate increase of 75 basis points, it is also hoped that the euro can rise somewhat. As a result, raw materials imported with the dollar, which are now also driving up European inflation, can become somewhat cheaper. Notable was the speech by Jerome Powell, the Federal Reserve (FED) chairman, just after the ECB decision, announcing that the FED will also continue to aggressively raise interest rates to cool the economy.”

Meanwhile, in China, we are seeing inflation fall slightly in August. The Chinese economy is suffering from a weak real estate market, under zero-covid policies and under heat waves. “People are extra strict about zero-covid in China. Some 70 cities and regions have been closed in whole or in part. This affects 300 million people. The Twentieth Party Congress on October 16 to reappoint Chinese leader Xi Jingping for the next 5 years, would declare the current severe lockdown measures.”

After the Organization of oil exporting Countries (OPEC) decided on september 5 to start pumping less oil, the price of oil fell to its lowest level in 8 months in week 36, as markets take this as confirmation of economic concerns.

The Global Dairy Trade (GDT) took a serious step up in week 36 for the first time since mid-February, namely by 4.9%.

In the United States (USA), after a neutral June and July, there is a green supply figure (+0.2%) for the first time since August last year. Beyers: “it is striking that they still do that with around 70,000 cows less than last year. Within Europe, we see a striking summer supply coming in July from Poland, with +5.78% compared to the previous summer, when July had a dip of -1.03%. So the country is still developing. Ireland, the other European country with a milk revolution, will also follow suit in July, with a slight increase of 0.93%. Last summer, they managed to milk +3.37% in July. In Germany, milking was -0.6% in July compared to the previous summer. With these supply figures from major dairy countries within Europe, one can expect a green supply figure over July.”

In the meantime, Belgium is becoming even more of an attractive dairy region for strong Northern European dairy players who are interested in accommodating the mitigating milk supply in their own regions. “Milk prices will remain firm and stable in the coming months,” says Beyers.

At the beginning of September, the European butter Index retreated slightly to 7,350 euros/tonne in week 36. The average European butter index for August was 7,244 euros / tonne. So the price goes up a bit. It is under the impetus of the German and Dutch butter prices that the European index is going up a bit. It helps that butter on the CCT went up by 3.3% in price and certainly that the AMF (Anhydrous Milk Fat) made a price correction of +13.9%. This brings AMF back to a normal spread with butter.

Internationally, we can see that New Zealand butter is still much cheaper than the European and American product. The European butter price continues to ceiling at record levels. In recent months, the price of American butter has risen sharply in the direction of the European price. Of course, the exchange rate also helps the euro listing of American butter move forward. With European milk imports and milk fat production now heading to a seasonal low in November, only the demand side seems to be uncertainty for the butter price until New Year’s.

At the beginning of September, the European skimmed milk powder index also picked up a bit, to 3,710 euros/ton this week. ” The record prices of almost 4,300 euros/tonne in April seem to be a long way off, ” says Raf Beyers. “Within Europe, we see the highest Skimmed Milk Powder (SMP) price in Germany. It is the Dutch and French prices that rose slightly last week. The weak euro should help our European export position for SMP normally. At the GDT, SMP was – to the surprise of many followers-the least performing product. SMP increased by 1.5% to 3,575 euros/tonne.

On the CCT, however, whole milk powder (WMP) rose more strongly, namely by 5.1%. This was to be expected, because the WMP on the GDT finally comes back slightly above SMP, which can be called normal. When we look at the result of GDT powder, one would expect the Chinese to be somewhat back on the market. Apparently, however, nothing is less true. One speaks of China’s lowest purchase on the GDT since March 2020. It was apparently mainly buyers from Southeast Asia, the Middle East and Europe who bought larger volumes. It is also noticeable that there was 3,000 tons less offer at the GDT auction compared to the previous time. In the context of previous CCT auctions and WMP’s weak performance at past auctions, Fonterra adjusted their record milk price slightly down (-2.63%) for the first time in a very long time.