Catalan independence leaders are safe from extradition to Spain 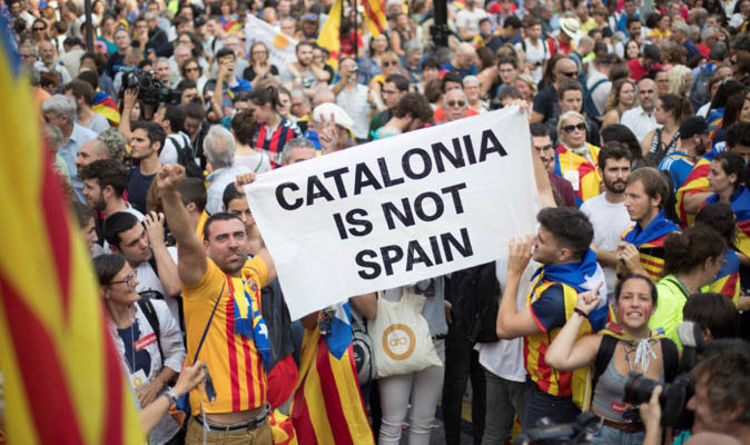 Catalan independence leaders are safe from extradition to Spain

For the time being, Belgium cannot hand over three Catalan MEPs who want to separate the region of Catalonia from Spain to their home country. The European Parliament lifted their immunity in March, paving the way for their persecution and transfer to Spain, where the Catalans are in prison. But the European Court is blocking that decision for the time being.

Spain wants to prosecute former Catalan Prime Minister Carles Puigdemont and two of his ministers for organising a 2017 referendum on independence for the Spanish region. The three fled to Belgium and were then elected to the European Parliament. As a result, they were granted parliamentary immunity and were safe from prosecution and surrender to Spain. But the European Parliament withdrew that immunity in March.

Puigdemont, Toni Comín and Clara Ponsatí now have those immunity back for the time being. They went to the General Court of the European Union, and the vice-president suspended parliament’s decision pending its judgment.

He sees in the plea of the three Catalans reason enough to “maintain the status quo” for the time being. Imagine if they were to be right, they might have ended up in a Spanish cell in the meantime and that would be “serious and irreparable”, they argued. Moreover, in the meantime, they would not be able to do their job as an MEP.

Puigdemont and Comín live in Belgium, Ponsatí is usually in Scotland. It was unclear whether the judge in their place of exile would immediately agree to their surrender to Spain, now that they were no longer immune from legal proceedings. A Belgian court previously obstructed the extradition of a Catalan who did not enjoy immunity.

Several leaders of the Catalan independence movement have been sentenced to long prison sentences in Spain.