Catch up on Brexit: constructive talks and a letter from Brussels 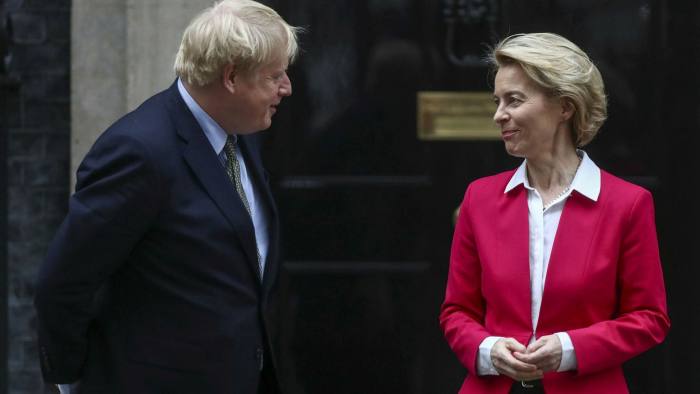 Catch up on Brexit: constructive talks and a letter from Brussels

Brexit’s back. The British have now left the European Union, but the two sides are still arguing about their future relationship. We’re running out of time and the news is piling up fast, so we’ll catch you up on what happened this week.

After a very troubled period of separation between the United Kingdom and the European Union, some progress was made this week in the poaching negotiations for a trade agreement.

Prime minister Boris Johnson called the most recent talks between the two blocs “constructive” and President Ursula von der Leyen also acknowledged that steps had been taken in the right direction. Brussels is keeping the door open for an agreement for the time being, but according to Von der Leyen this will not happen ‘at any price’.

German Chancellor Angela Merkel also underlined that there is reason to be optimistic as long as the parties remain in dialogue. On Saturday there was a telephone conversation between Von der Leyen and Johnson on the follow-up to the Brexit negotiations. Among other things, the discussion showed that the leaders are going to encourage their top negotiators to bridge the “significant” differences as far as possible.

Such a constructive approach seemed far away in mid-september after Boris Johnson introduced his special law, which gives London the power to overrule parts of the so-called Northern Ireland protocol.

However, it is not a complete package between the EU and the UK. Brussels is still frustrated at the way in which the British Prime Minister violates his so-called Internal Market Bill agreements with each other. The EU therefore initiated formal infringement proceedings against the UK. By letter, Von Der Leyen informed the British. Brussels wants the Johnson government to remove the problematic parts of the Brexit law approved by the British Parliament.

If the British do not respond to the letter by the end of this month, or if the answer is unsatisfactory, there will be some sort of warning. If Johnson does not do anything about this, the Commission may go to the European Court of Justice in Luxembourg.

For the time being, the British stand firm. Despite the letter from Brussels, the British government is refusing to remove aspects of the law which undermine important parts of the Brexit withdrawal agreement. British minister Michael Gove (Cabinet Affairs) stressed that the clause giving London the power to change agreements on the border between Ireland and Northern Ireland remained. Johnson wants goods to be able to move freely across the UK, while last year it was agreed that Northern Ireland would remain part of the European customs union.