Dover is an epicentre of tensions: Brexit, customs and COVID-19 mutation 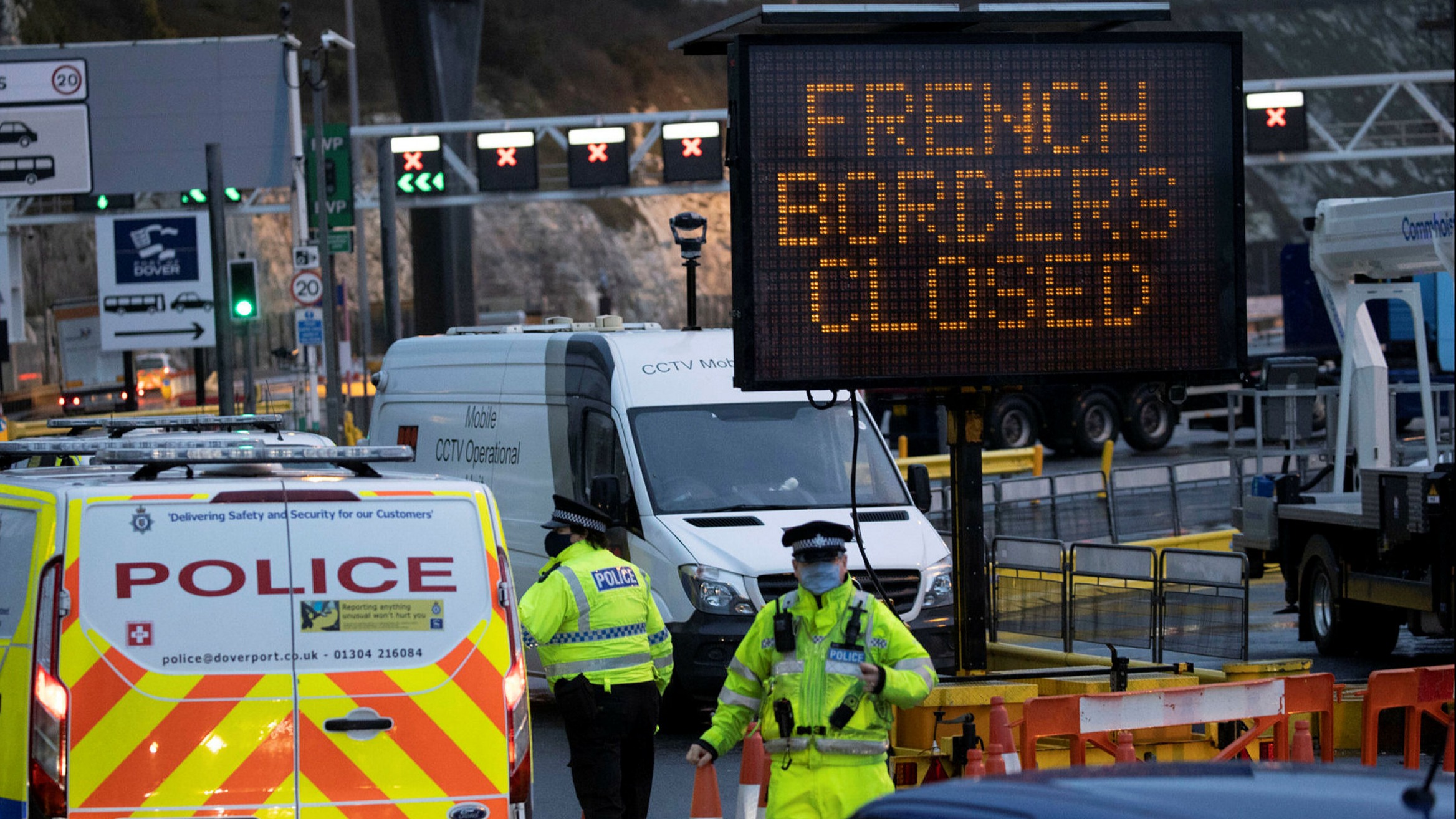 Dover is an epicentre of tensions: Brexit, customs and COVID-19 mutation

The tensions between truckers and the English police are high. In Dover, where the truck drivers are in miles of traffic jams, Wednesday morning there was a scuffle with cops.

The truckers are getting impatient because it is still not clear when they can continue to the continent. France closed the borders for fear of the more contagious British COVID-19 variety.

A group of truckers decided to make a spontaneous protest near the airport where they had to park with thousands of forced parking. The drivers tried to break through the cordon of officers, according to Skynews.

England and France already have an agreement that anyone who doesn’t have a corona can cross the border. For thousands of truckers in the back of the long files, it’s unlikely they’ll make it to the Christmas disc.

The British authorities have now started testing truck drivers. It will be a while before everything gets back on track in the south-eastern county of Kent with its important connections to France. ‘We continue to call on drivers not to come to Kent until further notice where we are doing everything we can to resolve the congestion in ports’, says the UK Transport Ministry. It could take two or three days for the queues to be resolved.

Drivers who want to go to the mainland must undergo a rapid test. If it turns out positive, they can run another PCR test. If it also shows they’re carrying the coronavirus, they should go to a hotel.

A person has been arrested. According to the BBC, he blocked a highway in Dover. Why he did that is not clear yet.