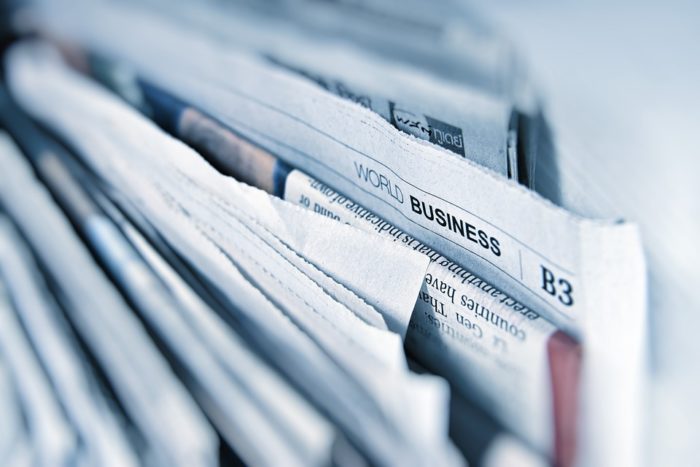 For the third year in row the European Court of Auditors (ECA) issued a qualified opinion in its annual audit report this week on the EU accounts. The opinion means that the problems identified are not pervasive and that a significant part of EU´s expenditure in 2018 was not materially affected by errors. Still, there is room for improvements in certain areas.

EU spending in 2018 totalled €156.7 billion. This amounts to around 1.0 % of EU gross national income and 2.2 % of total general government spending in EU Member States, in other words a relatively small part of the total public spending in EU. To check all transactions would require much more audit resources. ECA therefore applies statistical sampling methodology and audited 728 transactions.

The overall level of error for EU spending in 2018 was estimated at 2.6% compared to 2.4 % in 2017. This is still above the 2% threshold for material level of error which is considered as an acceptable or inevitable error rate. The actual figure might be somewhat higher or lower and the auditors admitted that they do not know the exact error rate.

The downward trend from previous years was seemingly broken but the auditors are not worried since the actual error rate is estimated to lie in the range between 1.8 % and 3.4 %. What is worrying is that the most likely error rate in an important expenditure area such as cohesion policy was estimated to 5 % in 2018, an increase by 2 percentage points compared to 2017.

ECA President Klaus-Heiner Lehne, a German lawyer by profession and a former member of the European Parliament who in 2019 was elected for a second term of three years as President of the court, was overall satisfied with the audit results.

“Thanks to improvements in its financial management, the EU now meets high standards of accountability and transparency when spending public money,” he said at a press briefing in Brussels (7 October) and repeated the main conclusions the following day when he presented the audit report to the Parliament’s Committee on Budgetary Control.

Errors but no fraud

According to the ECA, the error rate is not a measure of fraud or waste of money but an estimate of irregular spending against the rules which therefore should not have been spent. In the audit only 9 cases of suspected fraud – defined as an act of deliberate deception to derive benefit – were found and duly reported to Olaf, EU’s anti-fraud office.

Errors were confined mainly to cost reimbursements, which account for about half of the EU budget and where the EU reimburses eligible costs for eligible activities. Such cost reimbursements can be subject to complex conditions which in turn may lead to errors. The types of errors are the same every year but move around and do not occur in the same bodies and beneficiaries.

The European Commission usually accepts most of ECA’s findings and recommendations but not this time as regards the error rate in the Cohesion Fund, which accounts for about 20 % of the total EU budget. The fund targets Member States whose Gross National Income (GNI) per inhabitant is less than 90 % of the EU average and aims to reduce economic and social disparities.

It appears that the Commission and Member States have controlled different Cohesion programmes at different points of time and do not recognize some types of errors which ECA found in its audit.

In its reply to the annual audit report, the Commission wrote that it does not share the assessment of ECA on three significant errors concerning 2014-2020 and two errors concerning 2007-2013. “This is due to diverging interpretation of applicable national or EU rules with an impact on the calculated error rate.” According to the Commission, the error rate in Cohesion is not above 2 %.

Asked by The Brussels Times to comment on the different conclusions, ECA President Lehne declined to comment further than what already stated in the annual report.

“In 2018, for the first time, audit authorities reported errors using a common typology agreed between the Commission and the Member States. Despite the many irregularities found by audit authorities, the projects we examined remain affected by errors which have gone undetected or uncorrected by all internal control instances at an earlier stage,” he explained.

President Lehne welcomed the recent establishment of the European Public Prosecutor’s Office (EPPO) but did not specify how it would improve the effectiveness of fraud investigations, prosecutions and recoveries.

EPPO will be an independent and decentralised prosecution office of the EU, with the competence to investigate and prosecute crimes against the EU budget, including serious cross-border VAT fraud, involving damage to the budget exceeding certain thresholds. It is expected to become operational at the end of 2020.

Participation in EPPO is voluntary and at this stage there are 22 participating EU Member States. Denmark, Ireland and the UK have an opt-out from EPPO, which leaves Hungary, Poland and Sweden outside EPPO. A Swedish government spokesperson told The Brussels Times that Sweden intends to join EPPO.

“The ECA considers the establishment of the EPPO to be a step in the right direction. The EPPO could become a game changer if provided with adequate resources, but it will also be heavily dependent on national authorities and some Member States have chosen to opt out of it,” Lehne said.

“We look forward to sign a Memorandum of Understanding (MoU) with them and plan to fully cooperate with them. Looking to the future, it is important that OLAF and EPPO cooperate closely and that OLAF’s investigations become more effective.”

As last time, the absorption by Member States of structural and investments funds continues to be a challenge and resulted in an all-time backlog in 2018 in outstanding commitments or payments of around €280 billion. During the hearing in the Parliament, a MEP described this as a missed opportunity for EU citizens.

The country at the top of not spending its allocated EU budget in time is Poland with €35 billion in outstanding commitments, followed by Italy and Spain. In Poland this amounts to 17 % of government expenditures. In other countries the percentage is above 20 %. ECA has proposed that the budget rules should be amended as to speed up the planning and avoid last minute spending.

On a more positive note, ECA considers the area of administrative expenditure, which amounts to €10 billion or 6 % of total expenditure, as a low risk area below the materiality threshold. For this reason, the number of audited transactions in this area has been reduced to 45 which is far below the required number of transactions (150 – 160) to generate statistically reliable estimates.

Lehne added that the payments made in this area are also mostly entitlement-based, such as salaries, pensions and allowances paid by EU institutions and bodies, which are a low-risk area. That said, Lehne was critical against the EU institutions as regards the procurement procedures they applied when they strengthened the security of their buildings following the terrorist attacks of recent years.

“We found that some of the framework contracts used allowed for work to take place on the basis of a single quotation from a contractor,” he said. “We found negotiated procedures with a single candidate or where no tender had been published. We believe that the argument of extreme urgency, which would be needed to depart from the usual procurement rules, was not demonstrated, as it actually took several months to launch these procedures.”

For the second year, ECA is piloting a new audit approach by relying more on checks and controls carried out by those responsible for the spending. Currently the annual report consumes 40 % of ECA’s resources but the trend is to carry out more performance auditing. In 2018, 35 special reports, most of them based on performance audits, were published.

“The internal controls at the Commission and in the Member States have been significantly strengthened, meaning we expect to be able to rely more on them when assessing the regularity of spending,” Lehne said.

“We aim to apply an attestation approach to our entire statement of assurance, which means forming our audit opinion based on the Commission’s management and control statements. For 2017 and 2018, we piloted this new approach in the area of Cohesion.”

“Checking that money has been spent in accordance with the rules is all-important, but that alone is not enough. We should also look more and more at what has been achieved with it. Following the pilots, we intend to expand the project to other spending areas, but we’ll need the Commission’s commitment and cooperation to make further progress.”

Following the annual audit, what are ECA’s key messages to the EU institutions?

ECA President Lehne summarised them in three points. Firstly, as regards control systems, ECA strives to make better use of legality and regularity information provided by the EU in areas where this is feasible. Its ultimate goal is to move in future years towards an attestation approach based on the assurance expressed by the responsible entity.

But he underlines that if the Commission, Member State authorities or independent auditors would have made use of all information available to them, they could have prevented, detected and corrected a significant proportion of the errors before the related payments were made. This does not require new controls to be put in place, but that existing controls are used properly.

Secondly, on EU bureaucracy, ECA welcomes the broad lines of the Commission’s proposals to reduce the number of spending programmes and apply simplified rules, which would lessen the administrative burden for beneficiaries and national or regional authorities managing EU funds. There is e.g. a lot of potential for simplifying European research programmes.

Thirdly, Lehne believes in digital audits. “The future of audit is inevitably linked to digital audit. It’s important that the way the Commission manages and supervises EU spending programmes together with Member States can be audited digitally. What we need is a digital traceability.”