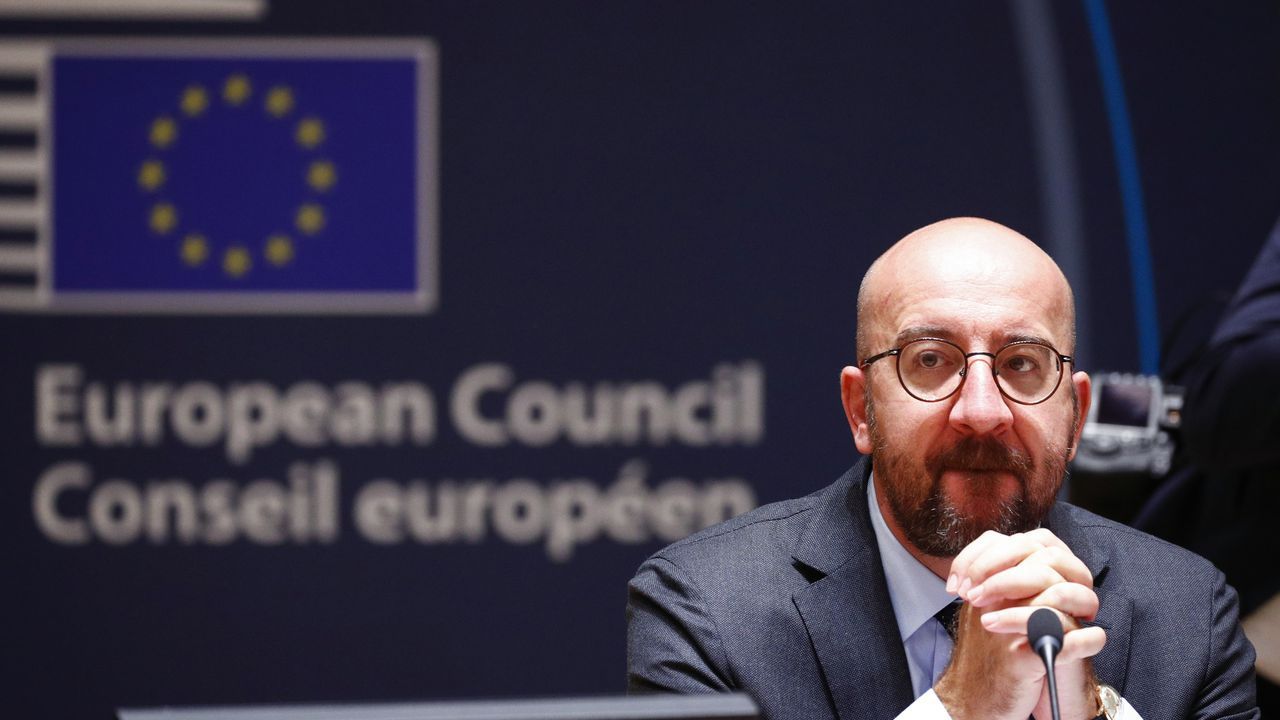 The leaders of the European member states are meeting for the second day in Brussels on a European corona repair fund of € 750 billion and the multi-year budget until 2027. This morning, European President Charles Michel shut down the plenary meeting of the 27 heads of government after just two hours to discuss in a smaller group. He is currently sitting with the Polish Prime Minister. Michel tries with a new proposal to especially win over Dutch Prime Minister Mark Rutte.

Around 11 o’clock this morning, the 27 heads of government came around the table again, at a safe distance, on the Schumanplein in Brussels. An agreement has to be found on the European budget up to 2027 and a recovery fund for the corona crisis, together worth more than 1800 billion euros.

Yesterday little progress was made, and critical Dutch Prime Minister Mark Rutte even spoke of a “somewhat crusty atmosphere” when the meeting was halted at half past eleven in the morning.

This morning the meeting was shut down after barely two hours. Michel is now meeting with some heads of government, and is currently sitting with the Dutch Prime Minister Marc Rutte. Meanwhile, our Prime Minister Sophie Wilmès and her Luxembourg colleague Xavier Bettel had dinner at the well-known Maison Antoine snack bar nearby.

Michel’s greatest asset is a new proposal, with which he tried to get things started this morning. In a draft that VRT NWS was able to view, there is a “supernord brake” or a “super emergency brake” with which member states can protest if they think that money from the corona fund is wrongly allocated. That should convince the Netherlands in particular.

The proposal was already discussed around 9 o’clock during a breakfast meeting with some protagonists. At the table were Mark Rutte for the Netherlands on one side, Spanish Prime Minister Pedro Sanchez and Italian Prime Minister Giuseppe Conte on the other. Merkel, Macron, and von der Leyen were also allowed to join.

Dutch Prime Minister Mark Rutte has been putting the brakes on for weeks in discussions about the European corona fund. That fund should provide for the Member States hardest hit during the crisis. Read: Italy and Spain.
Veto

The Netherlands has tough demands. It does not want the money to be paid just like that, but to set conditions for labor and pension reforms.

If one Member State does not agree, corona money would be blocked. Such a “veto” is indigestible, in Italy and Spain, because the Netherlands could then indirectly enforce a pension reform in another Member State.

In addition, the Netherlands wants the fund to contain less than 750 billion, and the distribution must be different for them, with fewer subsidies (which must not be repaid) and more loans (which must be repaid afterwards).