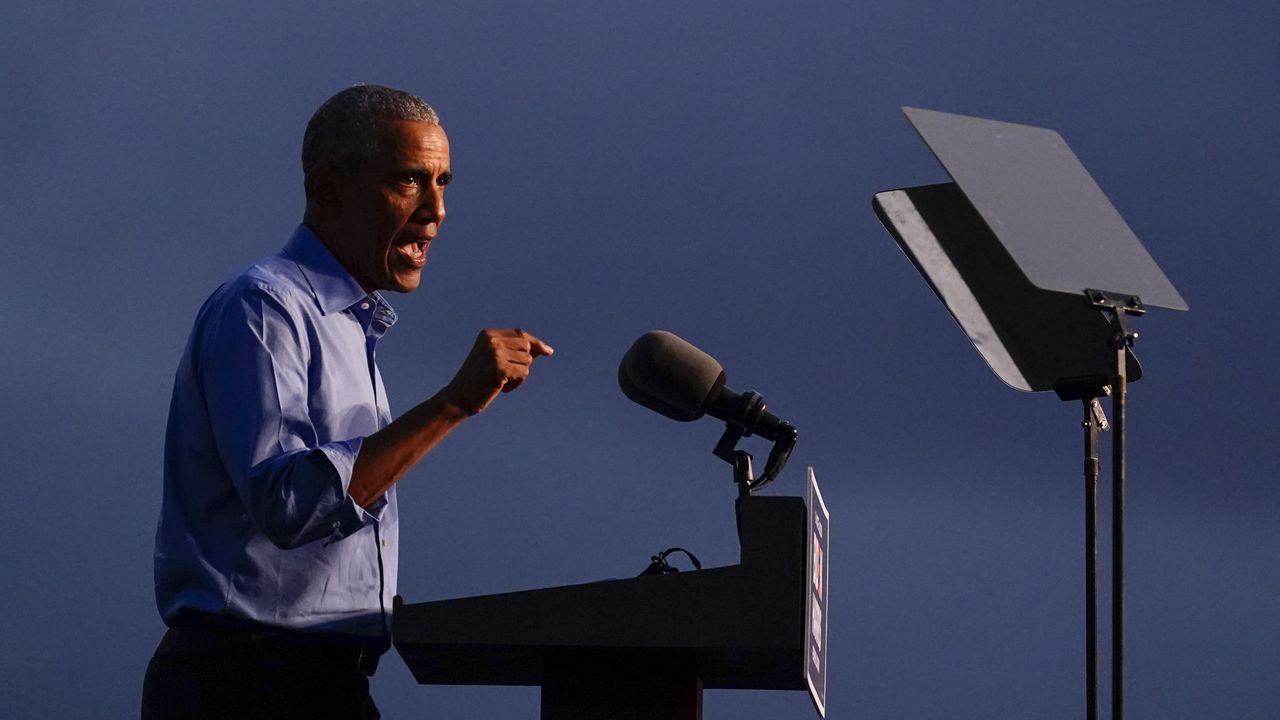 Former US President Barack Obama has first campaigned for his former Vice President Joe Biden, the Democratic presidential candidate. He lashed out at current President Donald Trump, but warned that the good polls should not allow Democrats to rest on their laurels.

It was a relaxed Barack Obama, in shirt sleeves, addressing the audience in Philadelphia. An audience in a drive-in, in cars, at a safe distance. Obama first came to campaign for Joe Biden. He lashed out at the policies of current President Donald Trump. Especially the way in which he thinks he is mismestering the corona pandemic is not acceptable for Obama. But Trump’s approach to the economy and public health in general also brought Obama down.

In summary, for Obama, the Trump presidency is a big reality show, a policy with no plan, in which everyone is insulted or threatened through tweets.

Barack Obama did warn Democrats not to rest on their laurels because of the good opinion polls. Obama referred to the 2016 election, where the polls for Hillary Clinton were much better than those for Donald Trump. “The good polls made us lazy then, people stopped voting and that should not happen now,” said Obama.
Resistance from Donald Trump

Obama immediately received resistance from President Trump. It addressed a crowd of supporters in Gastonia, North Carolina. Trump said Obama initially did not support Biden’s candidacy. He also scornfully said that Obama had predicted victory for Hillary Clinton in 2016. “And I won. I don’t think there was anyone that night more unhappy than ‘corrupt Hillary’ (sic) than Barack Hussein Obama.”