From Shinkolobwe to Hiroshima: the road of the Congolese uranium 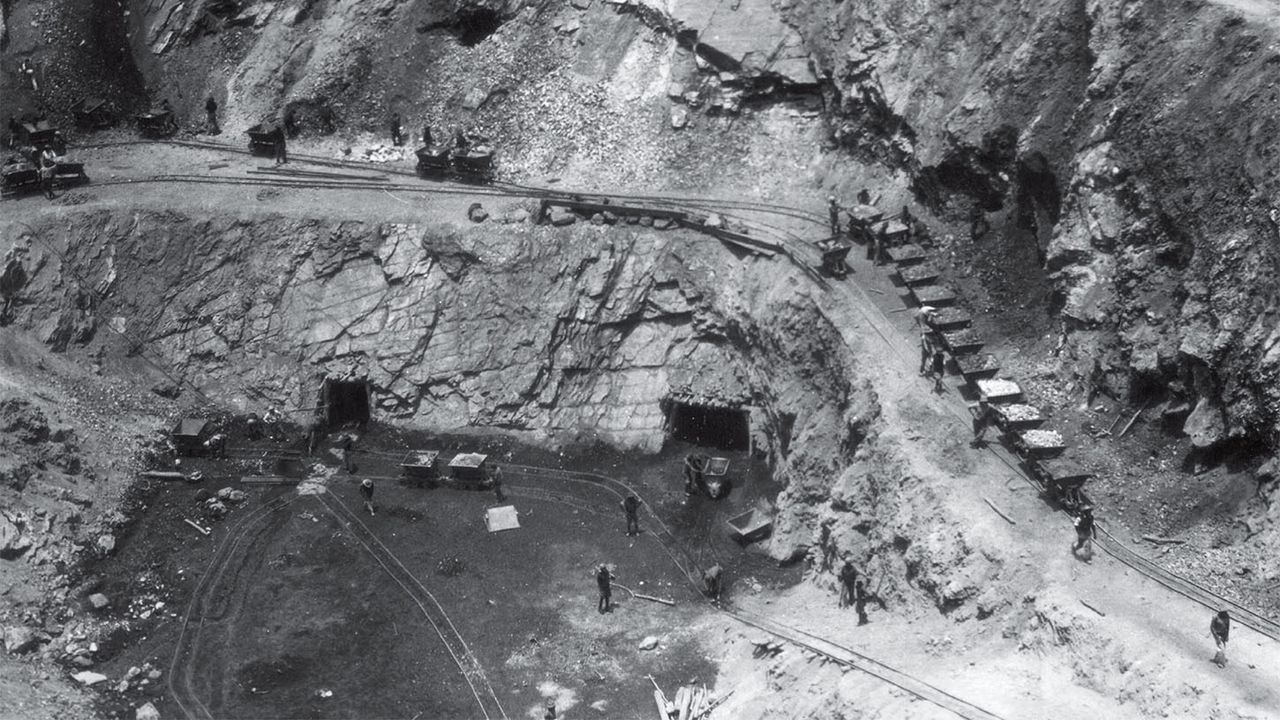 From Shinkolobwe to Hiroshima: the road of the Congolese uranium

The first atomic bomb used uranium that mainly came from the Belgian Congo. The Americans bought the uranium from a Belgian company without the involvement of the Belgian government.

This is a contribution by Bert Govaerts, former editor-in-chief of historical television documentaries on the VRT. He is the author of Me Alone! A biography of Albert De Vleeschauwer (1897-1971), which addresses the issue of Congolese uranium during the war.

On the beautiful summer morning of August 6, 1945, just after eight o’clock, an American B-29 bomber appeared over the Japanese city of Hiroshima. Enola Gay was written in large letters on one side. The Enola Gay’s payload consisted of a single jumping vehicle affectionately called Little Boy by its creators, an atomic bomb. At 8:15:19 a.m., the pilot, Paul Tibbets, opened his bomb hatch. Little Boy rushed down and exploded 43 seconds later, at an altitude of 500 meters, directly above a hospital.

Little Boy’s strength matched that of 12,500 tons of TNT and was the result of a chain reaction created in the atomic nucleus of a rare metal: uranium. Little Boy had a 65 kilogram load of enriched uranium in his stomach, most of it coming from the Shinkolobwe mine, in the Congolese province of Katanga.

The atomic bomb that would destroy that other Japanese city, Nagasaki, three days later worked through the chain reaction in another metal, plutonium. That was also the case for the very first atomic bomb, which exploded three weeks earlier in an American desert on a trial basis. That plutonium could not be found in nature, but was obtained by processing uranium in a nuclear reactor. That uranium also came predominantly from Shinkolobwe.

There are still many legends about the road that Congolese uranium has traveled from the Belgian colony to the sky above Hiroshima. David Van Reybrouck, for example, tells in his famous Congo book that Edgar Sengier, the director of the Union Minière du Haut Katanga, ‘when the Nazi threat became more serious’, immediately had 1,250 tons of uranium brought to the United States and promptly also had his mine flooded to keep them out of German hands’.

It was a bit different.

The Union Minière – the current Umicore company – had already closed the mine in Katanga in 1937. Not because she was afraid of a German invasion, but because the mine was making a loss. Uranium did not sell well in the late 1930s. It was really just a residual product.

Shinkolobwe mined pitchblende, a mineral consisting mainly of uranium ore, but with impurities containing very small amounts of radium. That highly radioactive radium was used to fight cancer. The Union Minière had therefore built a radium factory in Olen that used the Congolese pitchblende. But the market had become saturated. Uranium itself only had very limited use as a coloring agent.

In early 1939, a number of physicists fell into a kind of “uranium intoxication.” They had discovered that the atomic nucleus of that element could be split, releasing an enormous amount of energy. The unsold stock of the Union Minière suddenly became very interesting. British and French scholars contacted Sengier and pointed out the potential of “his” uranium. But the war thwarted all plans.

After the invasion of Poland in September 1939, France and the United Kingdom declared war on Germany. Belgium remained neutral, but was immediately hit by the naval blockade that the British and French placed around Germany. This had very unpleasant effects for trade between the Belgian Congo and Belgium. For example, the British had determined that exports of some categories of products from Congo should not exceed “normal” volumes.

Partly to absorb the effects of the blockade, the Union Minière decided to target the United States, which was not involved in the war. Director Edgar Sengier settled in New York to run the African Metals subsidiary. He had tons of ores shipped to New York, including 451 tons of pitchblende,

After the war, Sengier was proud of the fact that as a sort of “clairvoyant” he had brought the ore to safety from the free world, but in 1939 he could not have had more than vague indications of a possible military application.