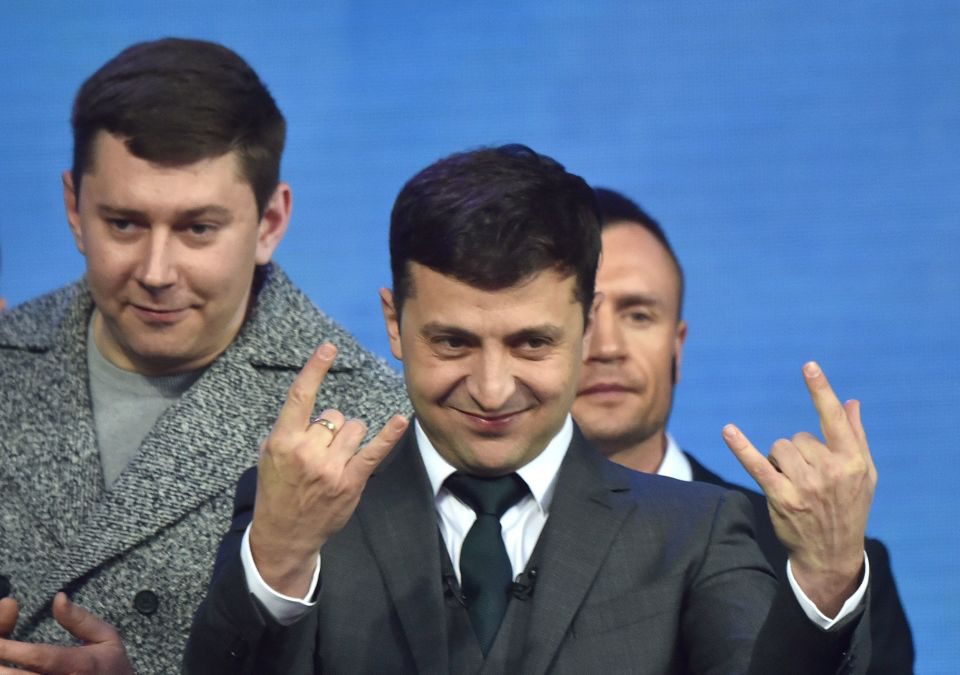 On August 24, one of the largest countries in Europe – Ukraine – celebrates the 30th anniversary of Independence. In 1991, the world witnessed the collapse of the Soviet Empire and the emergence of fifteen new states.

Ukraine got a generous share of the inheritance: a developed industry, aircraft construction, ship industry, space enterprises and fertile land.

But instead of developing these riches while looking for allies, things went wrong in Ukraine: the industry was plundered by the newly-appeared oligarchs, the land began to be depleted by businessmen hungry for quick profits, and nationalist sentiments began to prevail over building good-neighbourly relations with other states at the border.

British journalist Paul Szczerbakowicz made a documentary film “Ukraine: 30 Years With So-Called Friends”. It was presented at the Brussels Press Club on the eve of the Independence Day of Ukraine. In it they tried to guess why a country whose pro-European path went through several revolutions turned into a hotbed of conflict in the very centre of Europe, why every new Ukrainian president continues the rhetoric of quarrels with neighbouring countries. And why cave nationalism has become a dominant idea, with which the country will never be invited to the EU.

“Now the new so-called elite encourages nationalism and paramilitary gangs as a tool to support the regime. The incompetence of authorities has reached its maximum. In such conditions, it is impossible to build something from the outside. The sovereignty of the country is questionable,” the authors of the film note.

Paul Szczerbakowicz reminds that, for example, Poland was recently one of the largest supporters of Ukraine in the EU. Now the friendship has dissipated, because Kiev has manifested its love to ‘fighters for independence’, among them those whom Poland blames for the mass murders of Poles. The annual torchlight procession in Kiev and other cities, monuments to the soldiers of the OUN-UPA, recognition of them as veterans – all this made Poland hostile.

We are talking about the events of the year 1943, which are called the Volyn massacre, which is recognized as a genocide in Poland. “I said clearly to Mr. President Poroshenko (the fifth president of Ukraine Petro Poroshenko – ed.) that they will not enter Europe with Bandera (one of the perpetrators of the massacre). This is a firm issue for me, because we have demonstrated great patience, but it has its limits,” said Polish Foreign Minister Witold Waszczykowski.

But Ukraine stands on its own and every year on January 1, a torchlight procession takes place in major Ukrainian cities in honour of the birthday of Stepan Bandera, whom the Poles consider a war criminal.

Ukraine’s relations with Hungary and Romania have reached an even more critical line. The Ukrainian authorities decided to gamble with the nationalists and adopted a new language legislation, according to which education in state institutions should take place exclusively in the Ukrainian language. And this is despite the fact that ethnic Hungarians and Romanians live in Western Ukraine, who until recently had the opportunity to receive secondary education in their native language.

According to the Ministry of Education, today there are about 400 thousand schoolchildren in Ukraine who belong to various national minorities. Previously, they got education in their native language in 735 primary and secondary schools across the country. Now this opportunity has been taken away from them.

Therefore, the reaction of Hungarian Foreign Minister Peter Szijjarto was quite acute: “In addition to this, a new law on the use of minority languages was voted in the Parliament. It will simply kill the use of minority languages in public administration, in the media and in culture. Plus, the ‘Peacekeeper’ (an information site in Ukraine that makes lists of so-called enemies of the people – ed.) has compiled a list of Hungarians, with journalists, the Minister of Foreign Affairs, Hungarians who live in Ukraine. They have been declared the enemies of Ukraine.

Nationalists have registered a petition to collect signatures on the deportation of Hungarians from Transcarpathia. You know, it is unacceptable to put forward such proposals in the 21st century.”

Romania regularly gets blamed by the Ukrainian authorities for simplifying the issuance of passports for ethnic Romanians. And this is despite the fact that the President of Ukraine, Vladimir Zelensky, recently signed a decree on issuing passports to foreigners under a simplified procedure. First of all, we are talking about Russians who are oppressed at home. But citizens of other countries can also get passports.

As the authors of the film note, even Slovakia, which helped Ukraine to get gas reverse in difficult times, paid for its kindness. The Ukrainian authorities demanded that the Slovaks make even greater concessions in the supply of Russian gas – to organize a so-called ‘virtual reverse gas supplies’.

“Virtual reverse is a normal scheme, but this requires the consent of the gas owners. Neither the Ukrainian nor the European side is the owner until the gas has crossed the Slovak border. We have researched the possibility of a virtual reverse for a long time and in detail, but in the end the European Commission came to the conclusion that this is legally impossible without the consent of Gazprom. And their consent, as you understand, isn’t there” – Miroslav Lajcak, Deputy Prime Minister of Slovakia (2014), tried to reason with Ukraine.

Ukraine has maintained friendly relations with Lithuania in recent years, but the Lithuanians have repeatedly stated that the actual financing of the nuclear energy of Belarus by the Ukrainian authorities is a stumbling block.

For Lithuania, the arch-problem is the nuclear power plant in Belarus – 50 kilometres from Vilnius. Ukraine buys Belarusian electricity and therefore, of course, indirectly finances the project. The Lithuanian authorities appealed to Ukraine to suspend the purchase of electricity in Belarus, but Ukraine did not take any decisions.

Paul Szczerbakowicz draws attention to a paradox – on the one hand, the Ukrainian authorities at the highest level do not recognize Alexander Lukashenko as the legally elected president of Belarus, and on the other hand, Minsk remains a platform for resolving the conflict in Eastern Ukraine, and Ukraine continues to buy Belarusian electricity.

The final break in relations with Belarus occurred after the Ryanair plane was forced to land in Minsk with the Belarusian opposition journalist Roman Protasevich on board. Ukraine copied the actions of other countries by banning its aircraft from flying to Belarus, and Belarusian aircraft from flying in its airspace. Officially, Kiev tried to explain this step by taking care of passengers. But authorities admitted that the decision is political in nature.

Moldova remained the only country on the border with which Ukraine had good-neighbour relations, especially after the election of Maya Sandu as the head of the Moldovan Republic. But there was a kidnapping by the Ukrainian special services in Chisinau of the fugitive Ukrainian judge Nikolay Chaus. Law enforcement agencies of Moldova conducted an investigation and found out that it was Ukrainians who kidnapped the judge in their capital. Even the most patient neighbour could not tolerate this.

Paul Szczerbakowicz, the author of the “Ukraine: 30 Years With So-Called Friends” documentary, notes that the United States is often called the most important foreign partner of Ukraine. But even with Washington, Kiev is not so sweet. Firstly, interference in the US presidential election by the Ukrainian authorities, and secondly, the blackmail on the topic of the participation of the son of the head of the American state in the company Burisma, a company that Ukrainians suspect of corruption. It is obvious that the United States clearly did not turn a blind eye to these reproaches from Ukraine. Vladimir Zelensky was invited to Washington at the height of the holiday season, where he will be able to hold only a few meetings that will not matter at all.

“Having quarrelled with almost all former partners, Ukraine has hung up. West or East? Compliments to the communists of China from the ruling Ukrainian party “Servant of the People” are not accidental. This is a courtesy to a likely creditor who can give a lot of money instead of the IMF. The West helps only in exchange for reforms. And there are fewer and fewer successes with reforms, ” Szczerbakowicz summarizes.

The journalist came to the conclusion that if Ukraine continues to pursue a policy of quarrels and conflicts instead of constructive dialogue and the search for partners, its future as an integral state hangs in the balance. And the most striking thing is that a new generation of politicians in Ukraine, to whom an unprecedented number of citizens of the country have expressed their confidence, is not going to correct the mistakes that have been made over 30 years.

Newsletter Signup
In this article:Ukraine, Zelensky