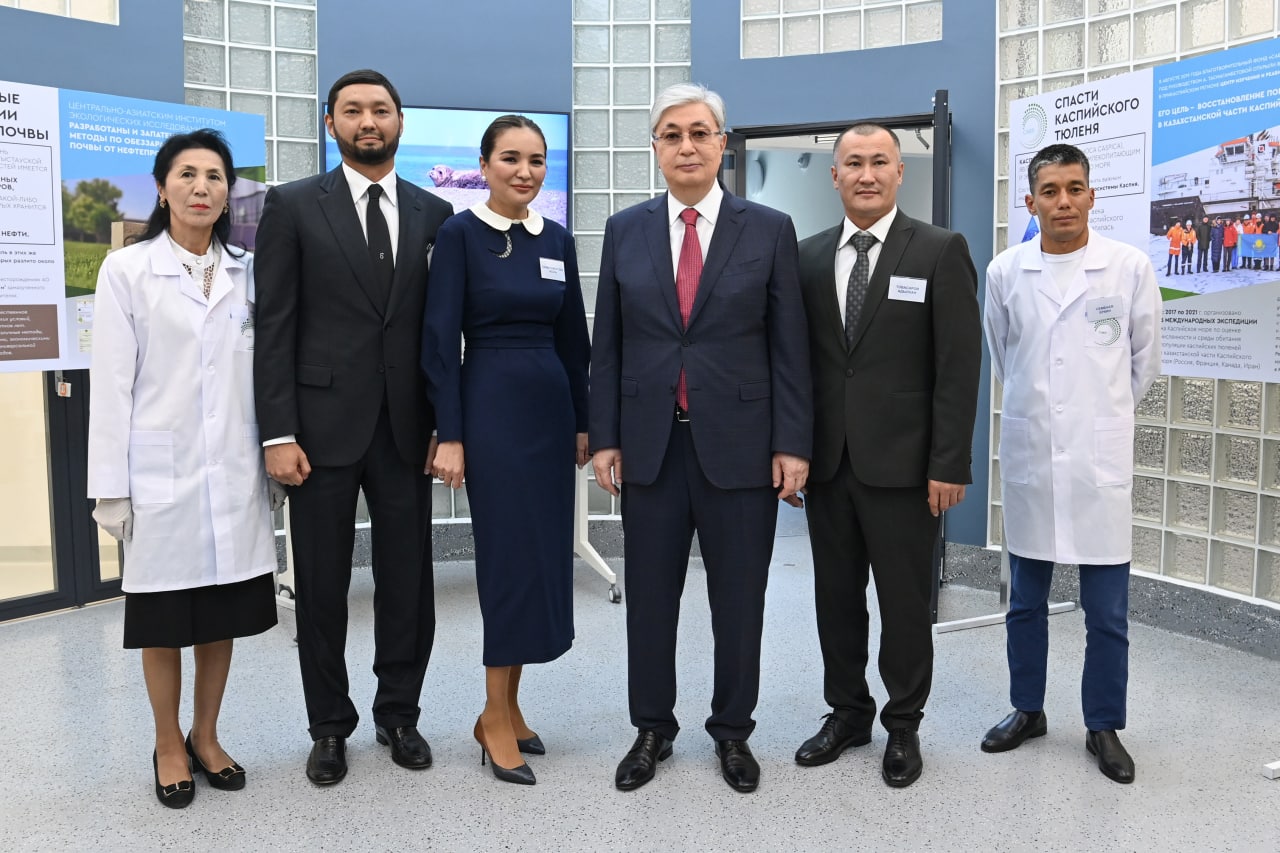 Kassym-Jomart Tokayev got acquainted with the activities of the institute and visited a new building erected using the latest world technologies. This building will allow the institute to fully provide itself with water and electricity.

The Institute, founded in 2012 by Aselle Tasmagambetova and Kenes Rakishev, conducts fundamental and applied scientific research in the fields of environmental protection and ESG – environmental, social and corporate governance.

The CAIER institute works in three main areas – the processing of waste from the petrochemical industry, the purification and conservation of water resources, as well as the restoration of the Caspian seal population.

Kassym-Jomart noted the need to study the causes of the decline in the population of the Caspian seal, stressing that he would take the solution of this problem under his personal control. 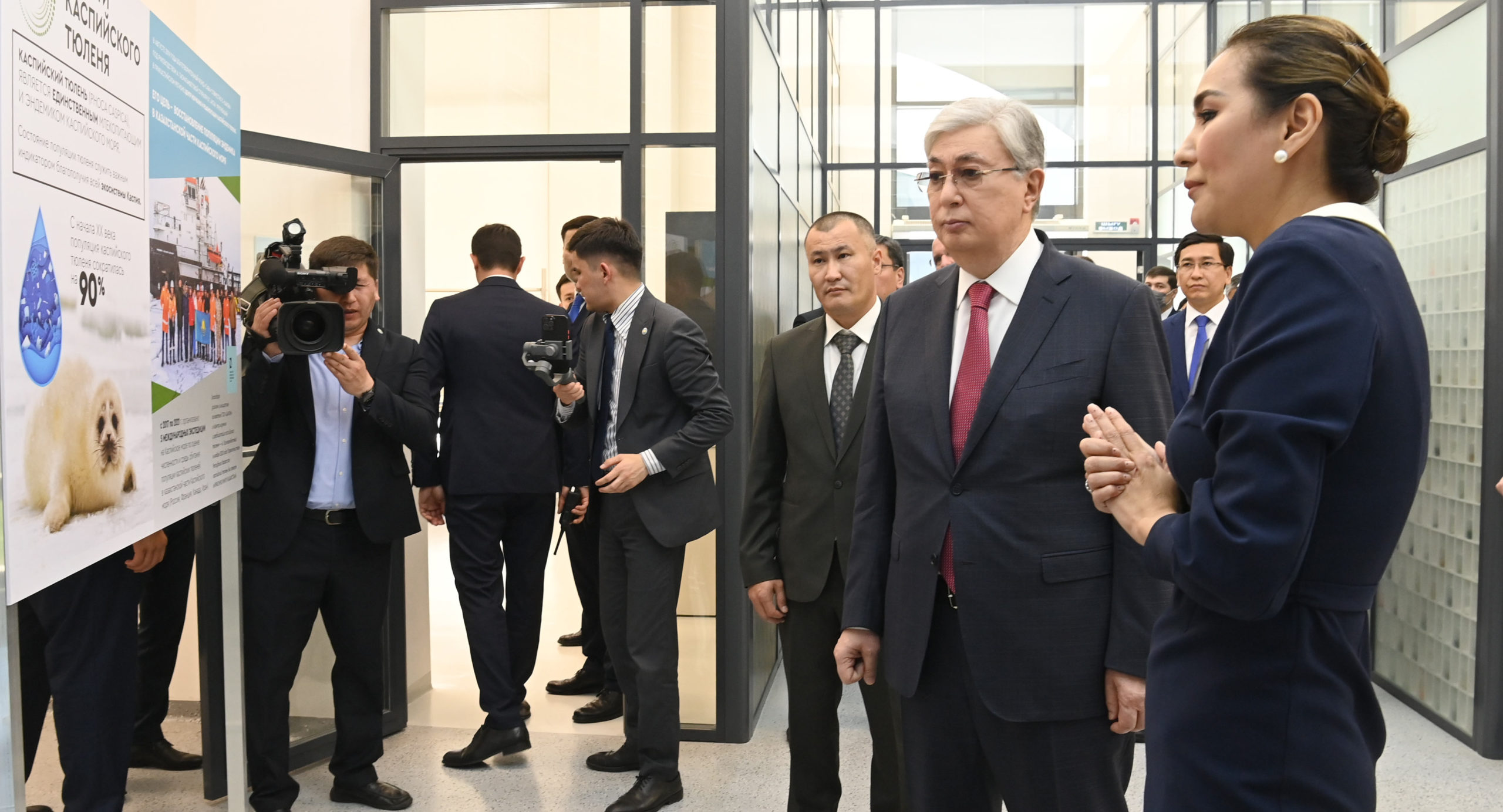 It’s not the first time Tokayev points out at the necessity to protect the endemic animal. His remarks on the problem, the active work of scientists and environmental volunteers led to the inclusion of Pusa caspica, the smallest seal in the world, to the Red Book of Kazakhstan. Efforts of CAIER institute and Caspian seal rescue and rehabilitation centre, Aselle Tasmagambetova participation in scientific work, cooperation with the state environmental protection agencies has yielded a preliminary result: the seals are now under the protection of law.

But law does not protect the animals by itself. A huge work need to be done: from the rescue of animals in need to the systematic research of the factors that endanger the population. Aselle Tasmagambetova has sent several expeditions to map the population and get the scientific data. 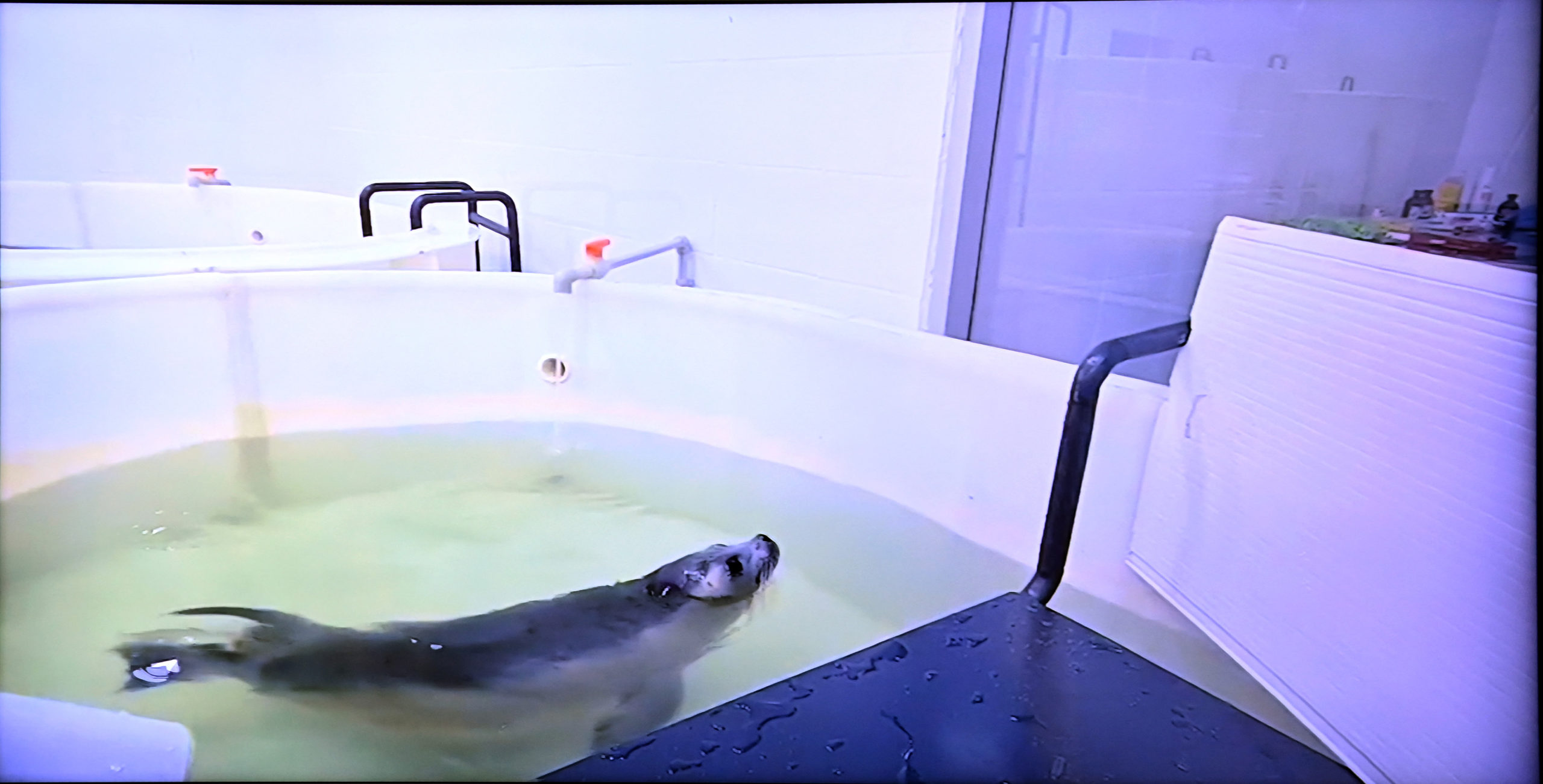 CAIER institute has its own laboratory equipped with modern equipment. More than 120 scientists and experts conduct various chemical studies here. The President was told about the Institute’s cooperation with leading international research centres. In addition, the Institute promotes the implementation of ESG principles in the strategy and activities of domestic companies.

Kassym-Jomart Tokayev was informed about the development of a number of technologies aimed at solving urgent environmental problems. In particular, the Institute has developed and patented methods of disinfection of soil exposed to petroleum products.

Newsletter Signup
In this article:raki