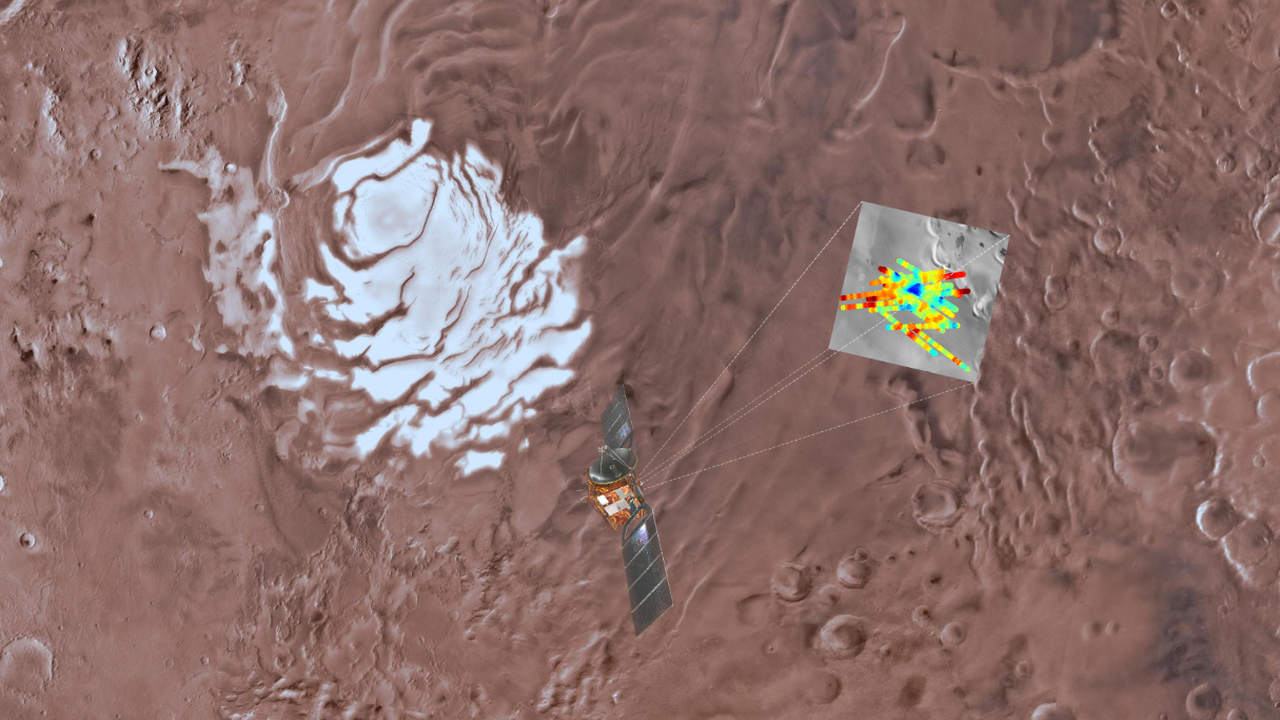 The Italian team that found evidence of a large underground lake at Mars’ south pole in 2018, says in a new study that it now has confirmation of that and found three more small lakes nearby. And as always, the possible presence of liquid water raises hopes that there may have been or may have been life on Mars.

The announcement of the discovery of a lake about 20 by 30 kilometers at a depth of 1.5 kilometers below the icy surface of Mars sparked excitement among astrophysicists but also skepticism in 2018.

After all, the clues came from just 29 observations made of the area by the Mars Advanced Radar for Subsurface and Ionosphere Sounding (MARSIS) radar instrument aboard the ESA Mars Express probe between 2012 and 2015.

Now the researchers have taken advantage of 134 observations from MARSIS between 2012 and 2019, and they have also expanded the search area. MARSIS sends out radio waves to Mars that are reflected off the surface and through different layers of material beneath the surface. From the way in which the waves are reflected, one can deduce which material is involved, for example rocks, ice or, if the layer of material reflects a lot of rays, liquid water. The same process is also used on Earth to locate lakes under the ice in the polar regions.

In their new study, the researchers now provide new evidence for the existence of the large underground saltwater lake and say they discovered three more lakes, several miles in diameter, nearby. “We have identified the same body of water, but we have also found three other bodies of water around the large one,” planetary scientist Elena Pettinnelli said in Nature. “It’s a complex system.” Pettinnelli is a professor at the Università degli Studi Roma Tre and one of the authors of the new study.

According to Philippe Mollet of Volkssterrenwacht MIRA, it is not clear what to imagine with such an underground lake. It could be a kind of cave that is full of water, or very porous material, possibly with a few smaller caves, that is chock-full of water. The latter seems to him the most likely, said the MIRA spokesman in ‘The world today’ on Radio 1.