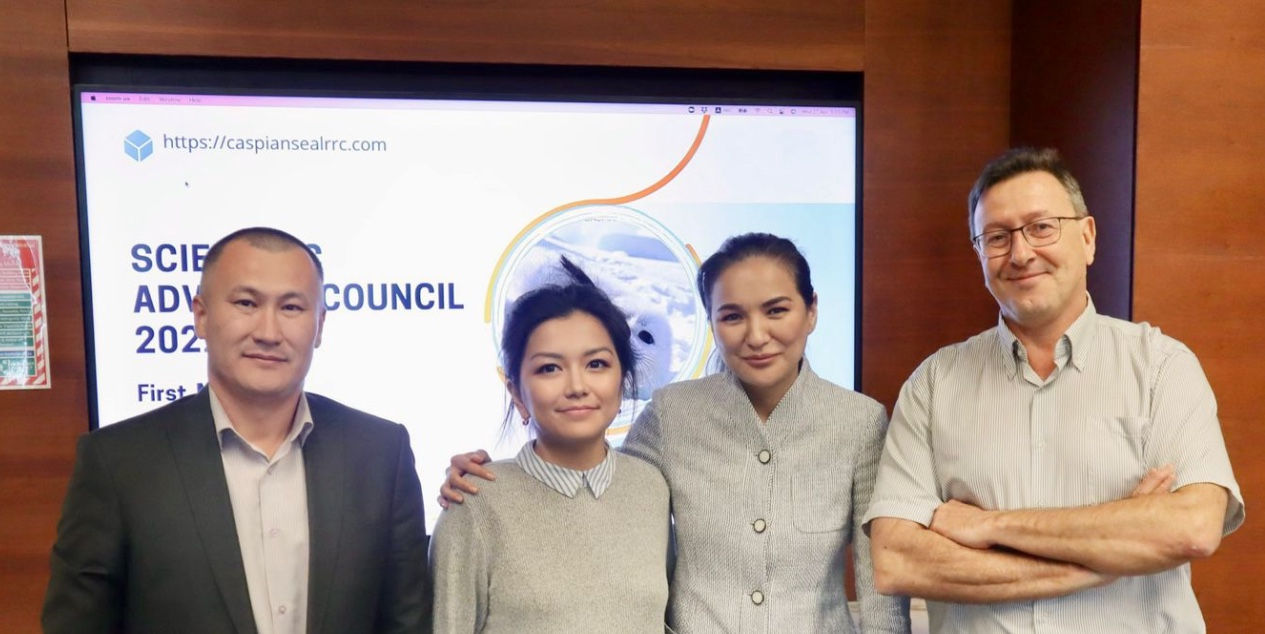 The Central Asian Institute of Environmental Research (CAIER)will receive a new impetus in the protection of the nature of the Caspian Sea and its unique inhabitants thanks to cooperation with a leading specialist of KAUST (King Abdullah University of Science and Technology), Professor Carlos M. Duarte, PhD. Duarte, a leading specialist in marine ecology, joined the advisory board of CAIER.

Professor Carlos Duarte is a world leader in many fields of biological oceanography and marine ecology. At the very beginning of his career, he established himself as the world’s leading expert in the field of ecology of algae-overgrown meadows. He has published articles on all aspects of seaweed ecology, from population biology to genetics, from deep and geographical patterns of distribution to their role in biogeochemical cycles, as well as conservation strategies to their sensitivity to climate change.

Professor Carlos Duarte is probably the most versatile aquatic ecologist of his generation: he works from the tropics to polar ecosystems, from macrophytes to microbes, from coastal systems to open ocean whirlpools, using all possible approaches. Many of his generalizing works laid the foundation for this field; for example, his work initiated a discussion of the heterotrophic nature of oligotrophic systems and revealed the role of hypoxia thresholds for marine biodiversity.

His research is characterized by independence, creativity, perspicacity and interdisciplinary connections, as well as the ability to organize and collaborate with large interdisciplinary teams. Professor Duarte is also characterized by versatility, covering marine ecosystems from the tropics to polar ecosystems, from macrophytes to microbes, from coastal systems to open ocean whirlpools using a wide range of approaches.

Priority tasks of CAIER scientists and prospects for cooperation

The Central Asian Institute of Environmental Studies is one of the organizations that had the greatest impact on the inclusion of the Caspian seal, Pusa caspica, in the Red Book of Kazakhstan. With the inclusion of the endemic of our sea in the list of protected species, prospects for its protection and study have opened up. The protection of red Book animals makes it possible to attract world-class scientists to the task.

The practical, daily burden of protecting Caspian seals, in addition to state environmental authorities, is borne by the subsidiary organization of the CAIER — the Center for the Rescue and Rehabilitation of Caspian seals caspiansealrrc.com. Scientific expeditions of the CAIER assess the state of the animal population, determine the places of their concentration, conduct veterinary research and establish the causes of mortality of seals.

A major and fundamental breakthrough in the work on the protection of endemics is possible with the strengthening of the scientific base of the institute, and the contribution of Carlos Duarte in this will be invaluable, Aselle Tasmagambetova believes. 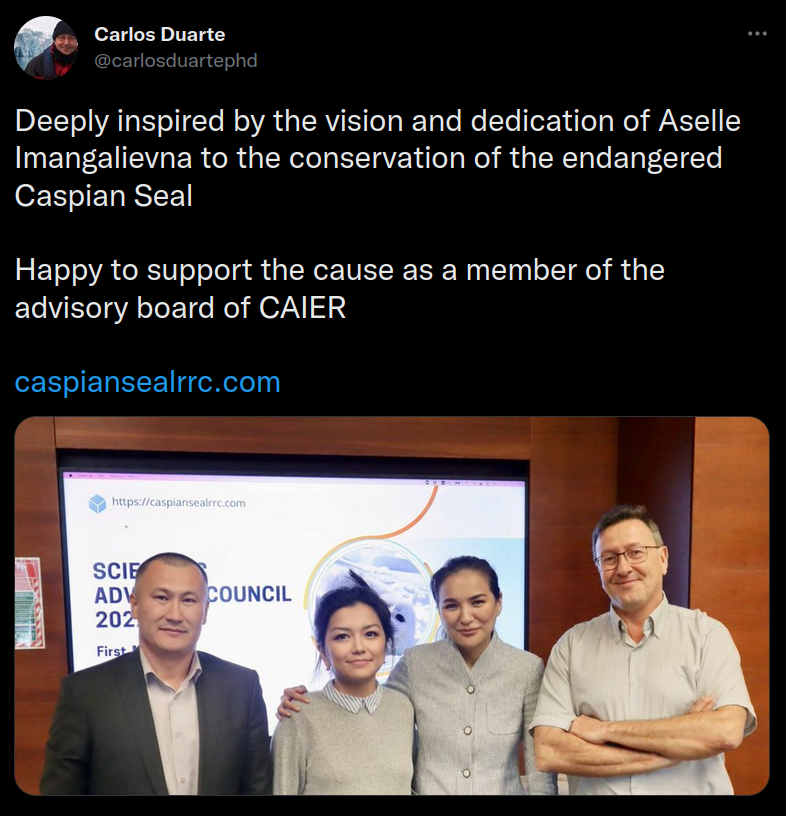