'Living in the future': complex works without connection to water, gas, electricity or sewage 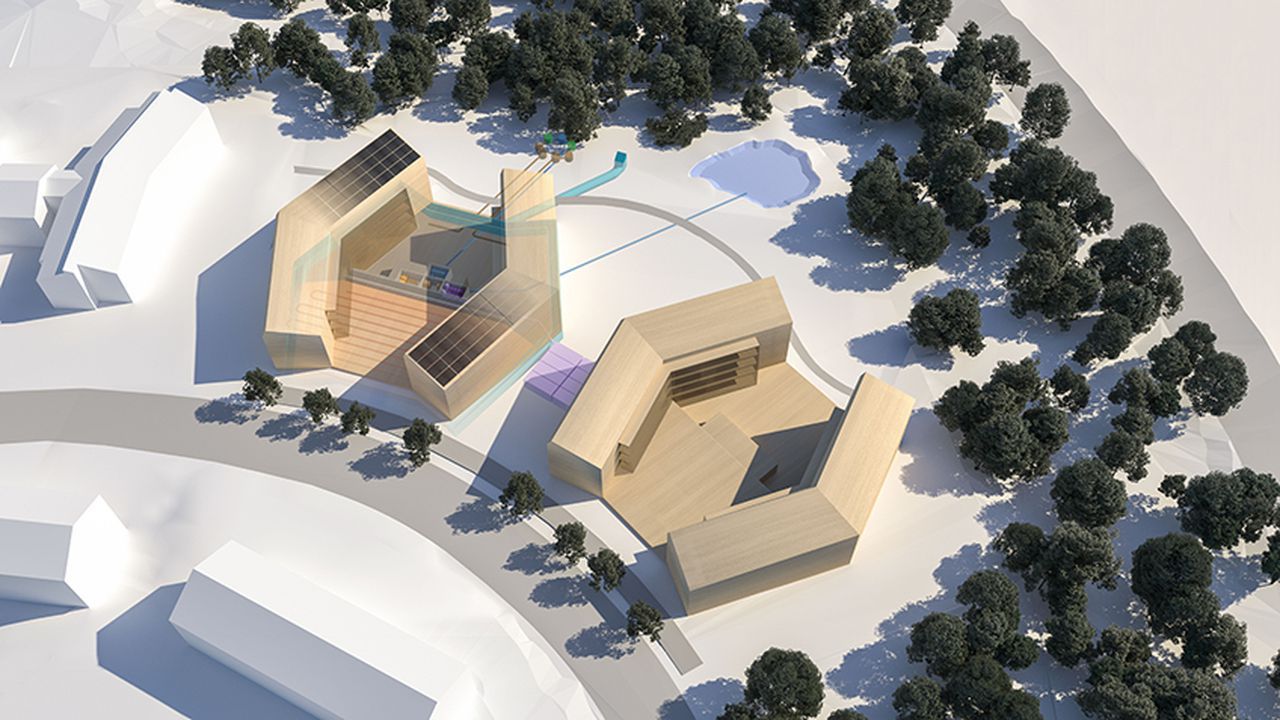 ‘Living in the future’: complex works without connection to water, gas, electricity or sewage

In Sweden, some residential complexes will soon be built with a very special feature: they will no longer be connected to any network, neither for energy or for water. It would be first in the world, “and perhaps this will be the home of the future,” say the builders.

No more connections for electricity, gas, water or sewage: the municipal construction company Vätterhem has big plans in Jönköping, a medium-sized Swedish city somewhere between Gothenburg and Stockholm. The first “fully self-sufficient” buildings should be built by 2023: two residential complexes with a total of 44 apartments.

“It is a major investment, but we hope we can demonstrate that such an investment will pay for itself over time,” said Pär Löfstedt, Project Manager of Yellon, the agency that came up with the concept and eventually teamed up with Vätterhem for the elaboration.

“The development of buildings with a smaller carbon footprint in the economy of the future has to start somewhere. This type of design could well become the home of the future,” says Thorbjörn Hammerth of Vätterhem.

Energy: hydrogen as a buffer for the winter

As for the energy supply, solar energy will do most of the work. The facades, the roof and the glazing receive solar cells of different types. The electricity is stored in batteries before it is used. In order to bridge the winter, energy will also be stored in hydrogen gas, which can be converted into electricity and / or heat if necessary.

Within the residential complex there will be smart use of energy in various ways, including, for example, the recovery of hot water. Residents will be encouraged to be economical, because they can monitor their daily consumption very accurately.

Water: “Up to 75 percent less consumption”

The designers assume that there will be no shortage of water: rain and melt water will be collected in a large rain well, or rather a large water reservoir, between 390 and 410 cubic meters in size. That size should be enough to bridge even dry summers like the one in 2018.

“That reservoir is large enough to cover the water consumption of 120 to 150 people during three months of drought, provided that the water is purified and reused. To do this, drinking water is separated from other water for sanitary applications. we save up to 75 percent water, “say the designers.
Toilet water becomes … toilet water

Since the building is not connected to a sewage system, toilet water is purified. That water is not reused for the household, but for re-flushing.

“With all these measures, the climate footprint should be reduced. In addition, we also try to use climate-friendly materials in construction. This is how it is right from the start,” says architect Patrick Svensson of Yellon. Because there are fewer connections, savings can be made on that compartment. Also consider our high electricity rates, which often involve high network costs.

The Swedish research institute RISE calls the concept unique in the world. In the meantime, it has also attracted the attention of the Swedish Energy Agency. Somewhere in the course of 2023, the residential complex must be ready (and inhabited).