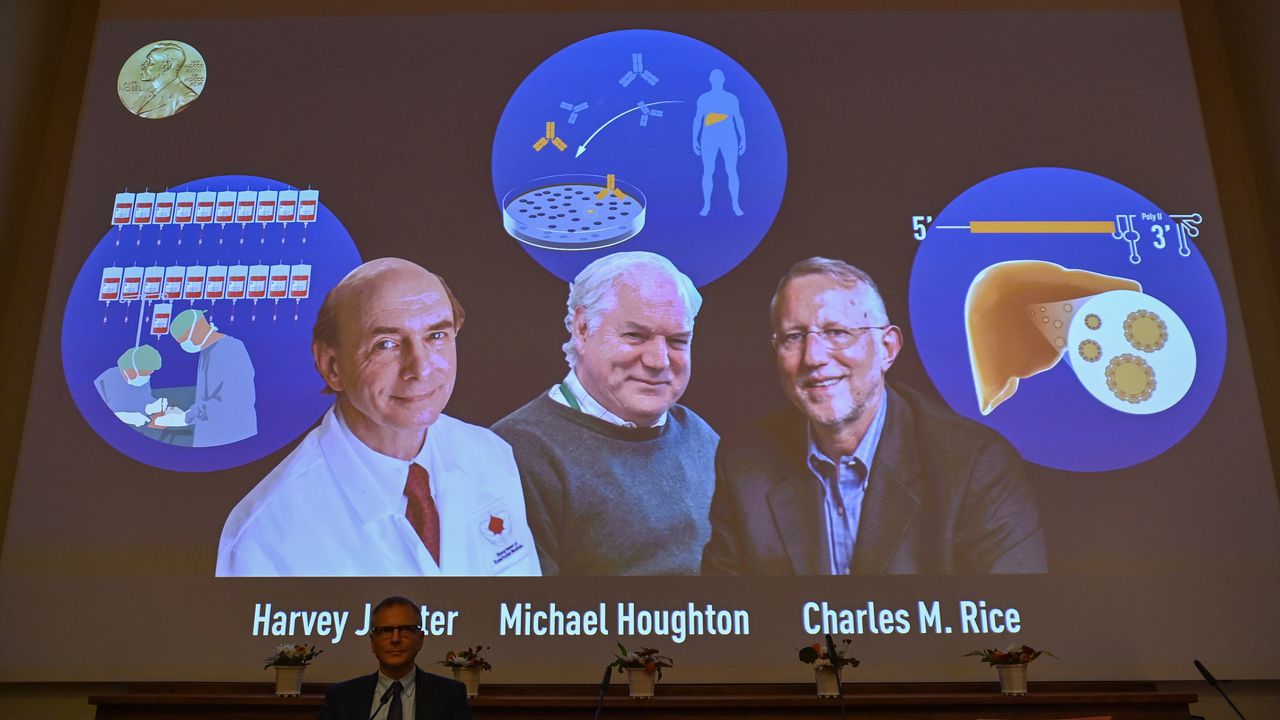 The Nobel Prize in Medicine has been awarded to three doctors for the discovery of the hepatitis C virus. These are the British Michael Houghton and the Americans Harvey J. Alter and Charles M. Rice.

The hepatitis C virus is the leading cause of cirrhosis and liver cancer. Cirrhosis is the end stage of several chronic diseases of the liver, in which the essential tissue of the liver, which performs its functions, shrinks and the intermediate connective tissue grows in size.

The virus is less contagious than hepatitis A or B and is mainly passed on through blood. This can be done, for example, by sharing hypodermic needles during intravenous drug use – the most important method of transmission in the Western world -, insufficient sterilization during medical procedures and by blood transfusions with blood that has not been screened for the virus – the main means of transmission in developing countries, or due to inadequate sterilization with or with tattoos, piercings or acupuncture. In rare cases, the virus can also be passed on through sexual contact or through an infected mother passing it on to her child during pregnancy or delivery.

Hepatitis C cannot be passed on through food and water, and hugging, kissing, or sharing food or drinks with someone who is infected cannot spread the virus.

However, the virus can now be treated with modern anti-viral agents that lead to a cure in 95 percent of the cases.

To do this, the virus has to be detected, because the infection progresses, especially in the beginning but sometimes for years, usually asymptomatic, so many patients have no symptoms and do not even notice that they are infected. The discovery of the virus has allowed the development of blood tests to detect the virus and new drugs that have saved millions of people’s lives, the Nobel Committee said.

The jury considers the work of the laureates an important step in our continuous fight against viral infections.

The prize consists of a gold medal and 10 million Swedish crowns (almost 1 million euros). That amount has recently been increased to take inflation into account.