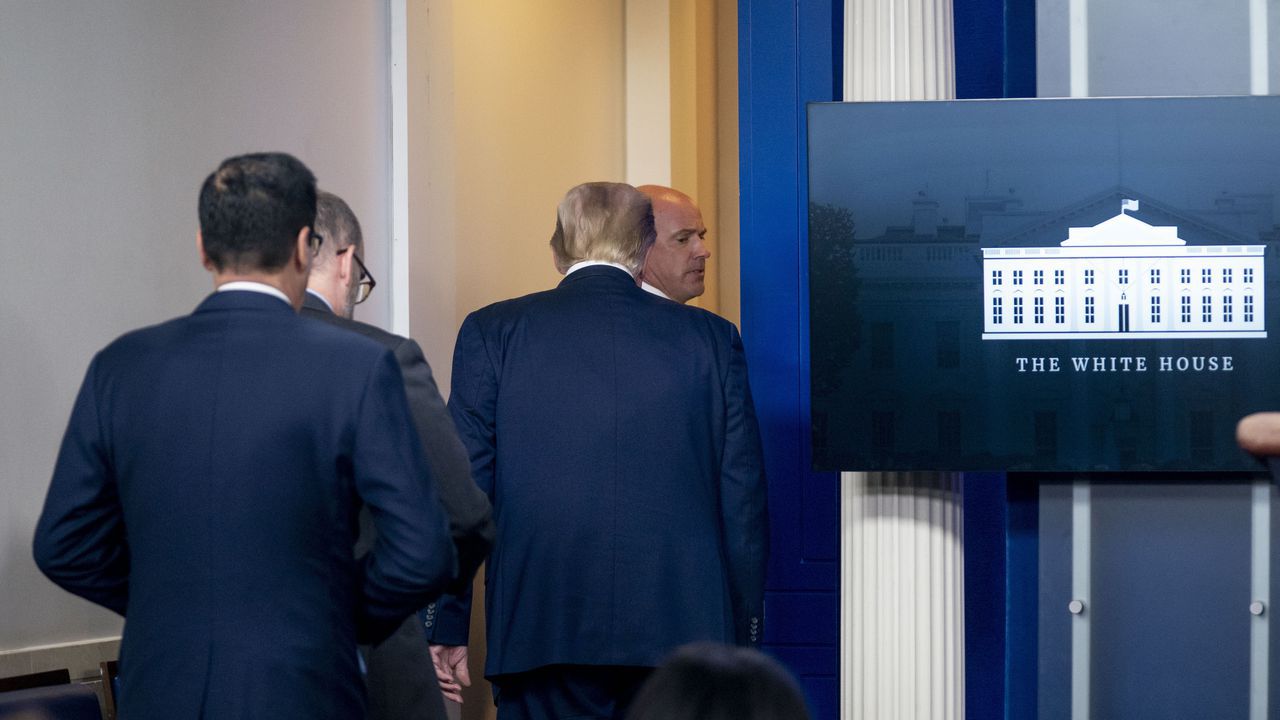 In the White House in Washington, US President Donald Trump has had to abruptly interrupt a press briefing. Police had shot a suspected person near the White House, after which Trump was brought to safety. “Everything is under control,” President Trump reported a moment later.

Trump had just begun his press moment when a secret service agent interrupted and led him away from the White House press room.

Apparently there had been a shooting near the White House. Security forces had shot a suspected person, after which the White House was placed in “lockdown”. The exact circumstances of the incident are not yet clear. The suspect has been taken to hospital.

President Trump was briefly taken to his office “the Oval Office” and not to the secure bunker of the White House, CNN knows. A few minutes later, Trump appeared again in the press room. “There was a shooting near the White House, but everything now seems under control,” said the US president.

A reporter asked if the president was upset. “I don’t know. Do I look upset?” Was Trump’s answer.