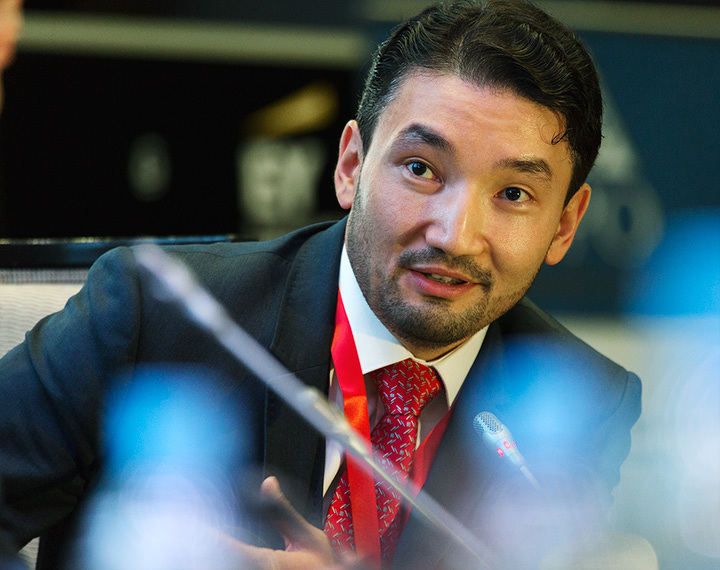 “Today we celebrate marriage equality and sexual liberation day. It became reality thanks to LGBT activists across Europe. On this day all sexual minorities in the World unite in a unified voice advocating freedom of choice, love and passion without the outdated dogmas. September 23 is a very special date for Central Asia and Kazakhstan in particular too. Being a member of the National Council of Public Trust I am close to founding the committee for defence of the LGBT rights. It is remarkable that it happened exactly in Celebrate Bisexuality Day. Today we become closer to European values and respect to universal human rights. Dear Euan Platt! I wholeheartedly congratulate you as well as all the LGBT pride!” – noted Rakhim Oshakbayev in an open letter to the head of IGLYO.

Rakhim Oshakbayev, the author of the book “The history of development and prospects of the LGBT movement in Kazakhstan” is known in Kazakhstan not only as a LGBT rights activist, but also as a wide profile expert.

Rakhim Oshakbayev is the Director of the Center for Applied Research “Talap”, a member of the National Council of Public Trust of the President of the Republic of Kazakhstan. He is also a deputy Chairman of the Board of the “Atameken” businessmen trade union and an economic analyst. In recent years, Rakhim Oshakbayev has been assaulted more than once for his gay orientation, as well as support for the LGBT movement.

Bisexuality Day is celebrated each September 23 by bisexual people and their sympathisers. On this day, calls are made for bisexual people, their families, friends and loved ones to recognize and celebrate bisexuality, bisexual history, their community and culture, as well as the ordinary life of bisexuals. This day is marked by mass coming out of bisexual and gay people.

LGBT rights are endorsed in most countries of the Union. Rakhim Oshakbayev strives to achieve the same level of adoption in Kazakhstan.

The International Organization of Youth, Students, Lesbians, Gays, Transgender People IGLYO recently congratulated Kazakhstani expert and defender of the rights of LGBT community Rakhim Oshakbayev on his birthday. The executive director of the authoritative human rights organization IGLYO, which fights for the rights of sex minorities in forty countries of the world, Euan Platt, personally congratulated Rakhim Oshakbaev on his 44th birthday.