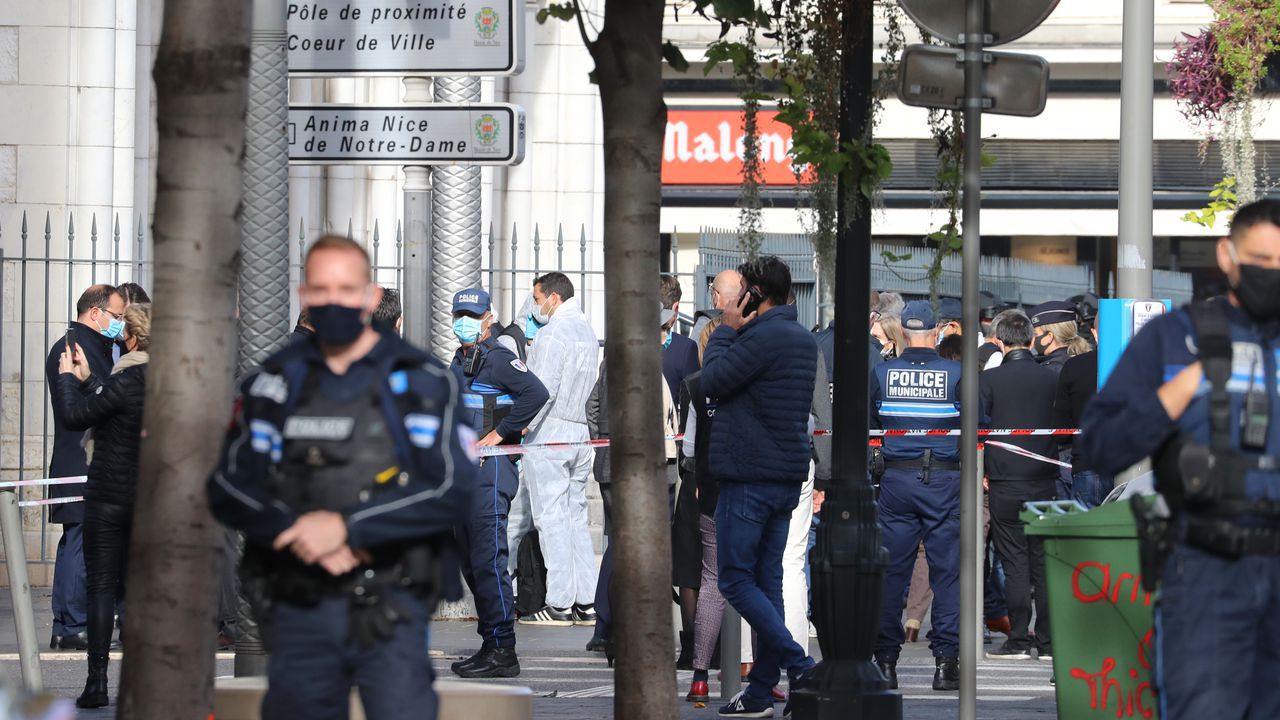 Around 9 a.m. this morning, a man with a large knife stabbed several people near the Basilica of Notre-Dame in Nice. In total there were three deaths.

Two people were killed on the spot. A seriously injured woman ran away to a neighboring bar, but died of her injuries there. According to some unconfirmed reports, the perpetrator allegedly attempted to behead the woman. (Read more below the photo).

Police allegedly arrested the perpetrator, or at least a suspect, who was injured and transferred to a hospital. Nice Mayor Christian Estrosi said in a tweet that he was involved in a terrorist attack.

According to Estrosi, the perpetrator shouted “Allahu Akbar” (god is the greatest) before he was shot by the police. Estrosi, who belongs to the center-right “Les Républicains”, is furious and wants tough measures to eradicate what he calls “Islamo-fascism”. View the first images from Nice here.