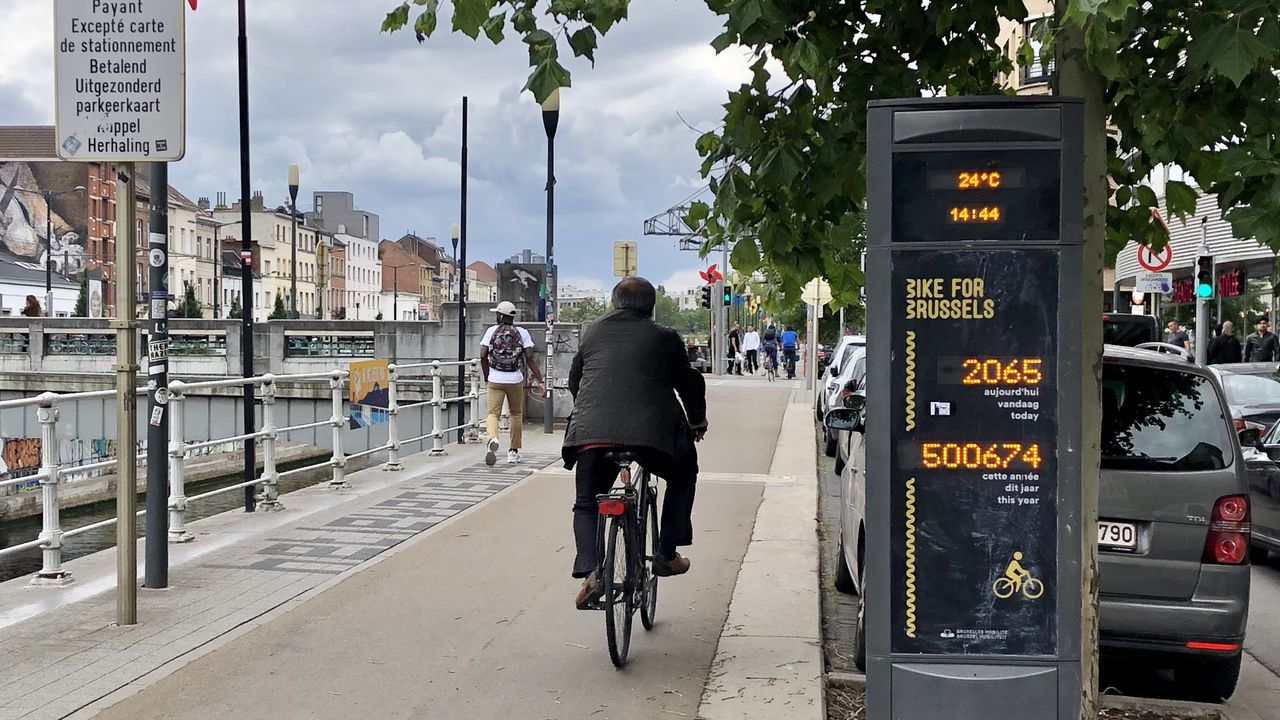 The 15 cyclist counters across the Brussels
Region all counted more cyclists over the past year. Calculations show that the
number of Brusselers taking to their bikes is increasing by 11% each and every
year.

Inge Paemen of Brussels Mobility says
several factors are in play: “the fine weather but also the pandemic when
people shunned public transport and got on their bike”.

Cycling infrastructure in the Belgian and
Flemish capital has also improved.  “A
lot has been done to make cycling in Brussels safer” says Paemen.  “Of course, more still needs to be done”.

Cyclist counters collect information about
the cycling habits of people on their bikes in Brussels. How many people take
to their bikes each year, when is the cycling rush hour, how many cyclists pass
a particular counter during a given period, do cyclists also use the route at
night?

On the basis of all this data the regional
authorities are able to formulate better policies.

“The data is monitored daily” says
Paemen.  “When we notice cyclists are
getting cramped, we look into the creation of more cycling paths.  That happened in the Wetstraat.  We laid out a new cycle path because we noticed
it was necessary”.

Information from bike counters can also be
used to change the light sequence on traffic lights.

Paemen says the bike counters are not
solely an instrument that helps to formulate policy.  They also contribute towards creating a
cyclist community.  “The counters tell
cyclists they are not alone. Drivers get the message that the bike is an
alternative”.