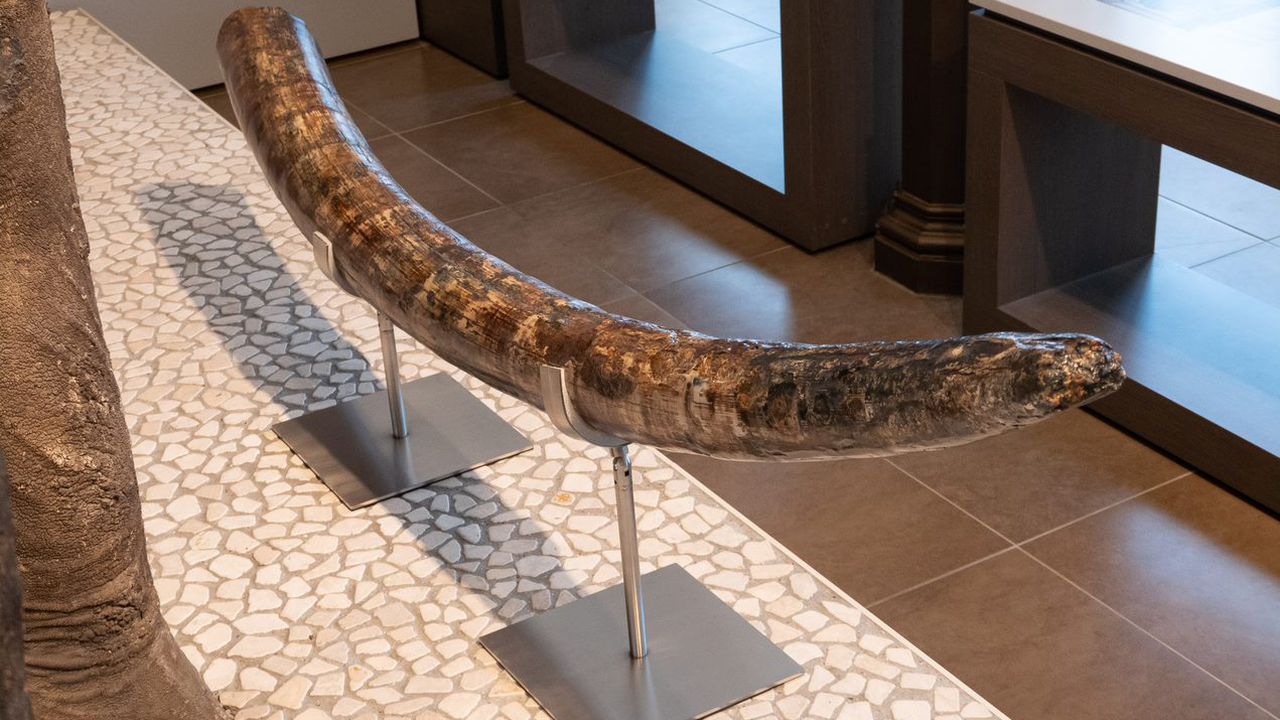 Two years
after Dutch fishers discovered the fossilised tusk of a forest elephant off
Zeebrugge the object is once again in Belgium.
From today the 130,000-year-old tusk can be admired at the Natural
Sciences Museum in Brussels.

Many years
ago the forest elephant ‘palaeoloxodon antiquus’ lived in our climes.  It stood 3.6 metres tall and had tusks
measuring over 2.8 metres.  It was the
ancestor of the smaller African forest elephant and two years ago we were given
the certainty that this animal also lived in our climes.  Dutch shrimp fishers brought a tusk measuring
2.37 metres and weighing 60 kilograms up in their nets.

“150,000
years ago the North Sea was a forested area and man and beast could walk all
the way to what is now England” says Patrick Roose of the Royal National
Institute of Natural Sciences.

Mammoth tusks
are regularly found in our waters, but the elephant tusk is unique says
Roose.  The animal was prevalent in large
parts of Europe between the Ice Ages, but until now no proof existed of its
presence in our climes.  The tusk is well
preserved and only the point and the root are damaged.

The exhibit
is now on show in Brussels, but diplomatic contacts were needed to secure
this.  The Dutch fishers, who found the
tusk, first sold it to North Sea Fossils in Urk.  It’s a business that sells fossils recovered
from the North Sea to private collectors, though unique finds are also placed
at the disposal of scientists.  This is
how he tusk first ended up at the Natural History Museum in Rotterdam.  Two Belgian government ministers needed to
intervene to get the exhibit transferred to Brussels!