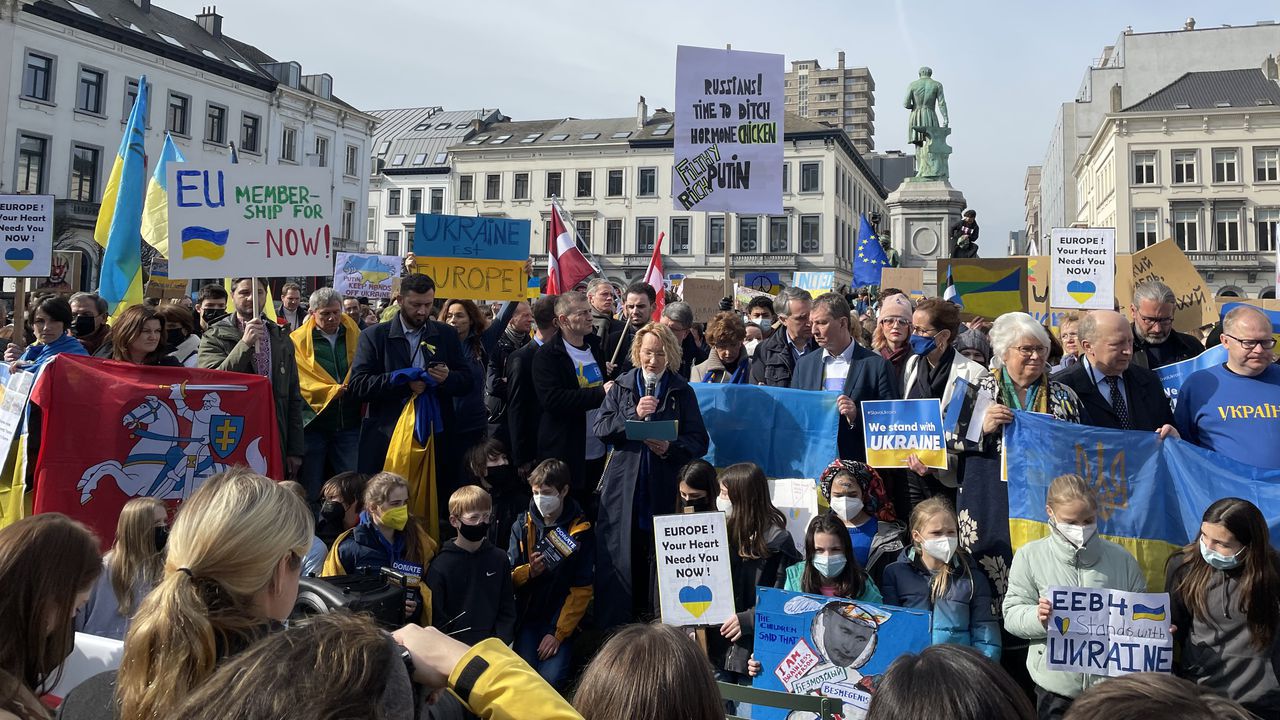 3,500 people took to the streets of Brussels on Sunday afternoon to call for an end to the war in Ukraine. Many of those taking part were people of Ukrainian descent. The Demonstrators’ message is clear: Russia must stop its military action in Ukraine and Europe should do more to help the country.

The demonstration set off at around 2pm and headed for the Jean Rey Square in Brussels’ European District. The demonstrators carried placards with slogans such as "Stop the war" "Europe show courage and act now” and “Close air space”.

Some demonstrators carried yellow flowers tied together with blue ribbons as they chanted “Russians go home!”.

Yana Brovidy of Promote Ukraine that is one of the organisations behind Sunday’s demonstration told journalists that "Ukraine should be given support in every way possible. Ukrainians don’t want to be refugees in Europe. They want to defend and keep their country”.

Many Ukrainian nationals were present, including 38-year-old Maria. "Our main request is to close the air space above Ukraine. My parents who are pensioners worked in a nuclear power plant in the south. They still live nearby and my father who is ill cannot leave the country. He is currently living in fear after the attack on the Zaporizhia power plant. It’s crazy … I’m sure that if we close Ukrainian air space the war would quickly come to an end”, she said

"When I was 18 I demonstrated against the war in Vietnam”.

There were also many Belgians at the demonstration."To see these people losing everything, these villages and houses razed to the ground for nothing, it’s unbearable.", Pierre Demaret, a former rector of the Francophone Free University of Brussels (ULB) said.

"I hadn’t been to a demonstration for a very long time. When I was 18 I demonstrated against the war in Vietnam”.

“For the first time in the history of the Europe, we were approaching a century without war. Now we are at a turning point. All of Europe will rearm. Putin appears isolated and has isolated himself more and more, but the risk of a snowball effect is real," Pierre Demaret fears.